Home Parenting Parent Review Book Review: Who Are The Invisible People? Learning About People With Special... 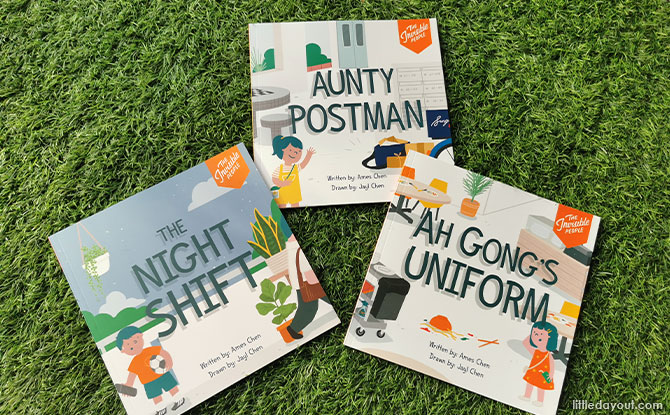 Shake your head if you have heard about the recent fiasco concerning the luxury car driver and a Security Guard. Some of you might ponder about how to encourage our young ones to be kinder, especially to others in seemingly “insignificant” jobs.

We have just the books for you from series 2 of The Invisible People by Ames Chen.

From the perspectives of three children with loved ones working as a Security Personnel, a Cleaner as well as a Postman, the books tell of the challenges of these essential jobs and what makes them noble in their own right.

This series was written as a follow-up to The Invisible People Series 1 and highlights three different professions. Find out more in our review.

About The Invisible People Series 2 by Ames Chen 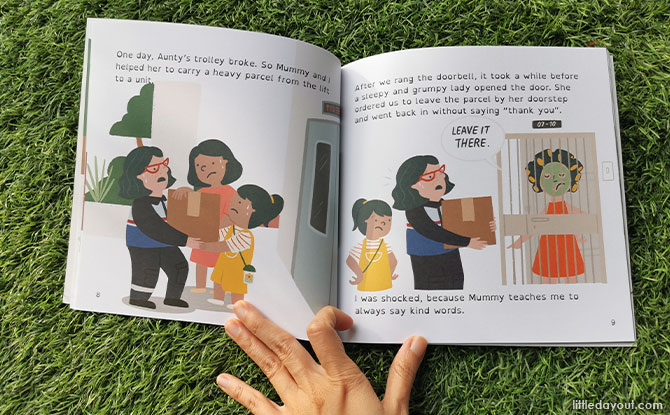 The Invisible People series pays tribute to people who have very special jobs. While these jobs may not pay well, they are essential roles that we could notice more. These stories remind children to appreciate unsung heroes and are an important lesson of the common thread of humanity.

In The Invisible People Series 2, Ames Chen draws our attention to three roles that we do not usually notice. “The Night Shift” highlights a neighbour, Uncle Lin, who works as a Security Guard on the night shift. “Aunty Postman” is about Post Lady encountering an unwell mail recipient. “Ah Gong’s Uniform” tells of a grandpa who works as a cleaner.

The stories are from the perspectives of the children, who learn more about the seniors’ vocations and how they encounter challenging situations. Ames also encourages the reader to find out more about the job through activities in the books. Children can interview a cleaner, draw a picture of the postlady or postman or plan a night schedule.

I enjoyed looking through the colourful visuals brilliantly illustrated by Jayl Chen. They bring the characters to life and sheds light on “sombre” bits of the stories.

Review of The Invisible People Series 2 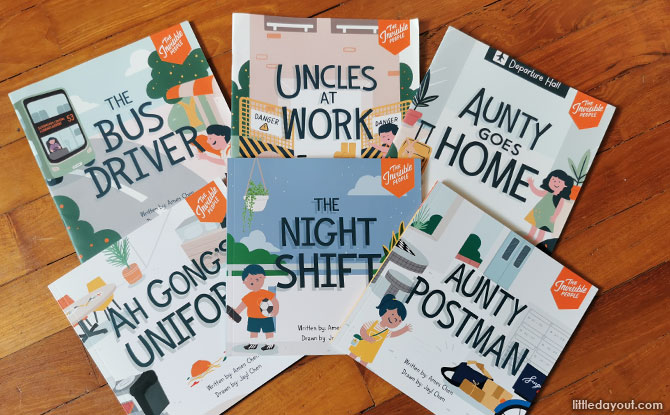 When we received the books, we were so delighted to see Aunty Ames’s books again. This despite the picture books being targetted at preschoolers ages 4 to 7. It was easy to see why they were likeable by my seven and ten year olds. The stories were relatable and graphics were eye-catching. The stories were an apt reminder to notice the “invisible” people and be more appreciative of their roles.

Relating to the recent incident at a local primary school where a Security Guard was treated unkindly by a driver, the books highlight the importance of respecting others, especially those with menial jobs. The stories tug at the heartstrings, drawing attention to not just the protagonists but the people they serve – the uncle who was unable to collect his mail and neighbours who care.

As a parent, I think these books are the perfect platform for raising issues about kindness, inequality and what it means to be a gracious society. Recalling the days of a frequently heard refrain “better study hard so you don’t become a ________”, we should instead show care and respect to seniors in menial jobs than shun them. The stories gently prod readers to be kinder and perhaps show more love to those who are seemingly insignificant.

Get to know “The Invisible People” 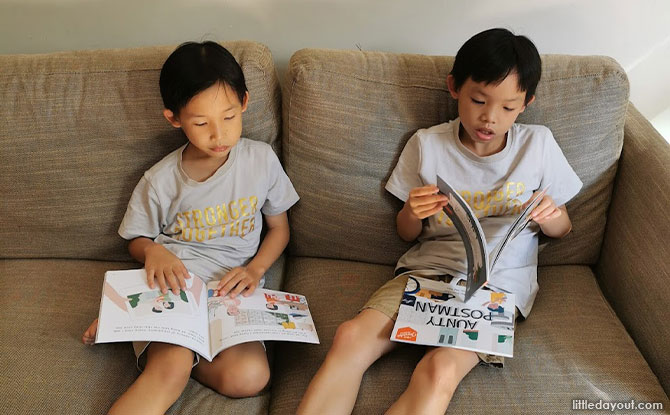 The Invisible People series are essentials for our shelves and would be great as gifts too.If you haven’t read the first series of The Invisible People, do get a copy as they bring to light professions such as bus driver, construction worker and domestic helper.

Purchase series two from this link.