It was finally on the third attempt that we managed to make our way into Black Tap Singapore at Marina Bay Sands. The previous two times, we had arrived a little too late and were put off by the super-long queue outside the restaurant. 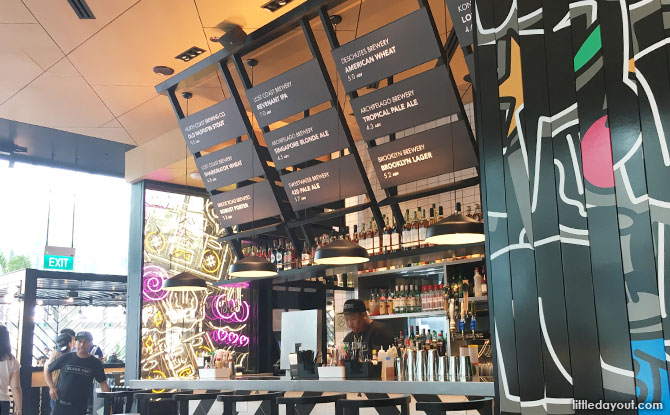 As the family settled down at the table, we were greeted by the friendly server and handed the menu. Originally from New York City, Black Tap is infamous for its stacked gourmet burgers and over-the-top milkshakes.

We decided to go with the Fried Mozzarella ($14) for starters and the All-American Burger ($22), the Pizza Burger ($22) and the award-winning Greg Normal ($26) for the mains. The burgers come served with French fries by default, but we chose to substitute the fries on two of the burgers to onion rings for an additional $3 per order. 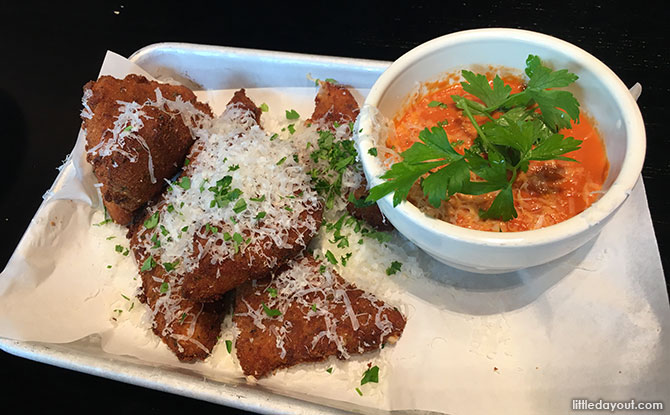 The Fried Mozzarella came dusted with cheese and a bowl of chipotle tomato sauce.

The main attraction was the arrival of the burgers. These were American-sized portions, served open-faced with a generous heap of fries or onion rings on the side. 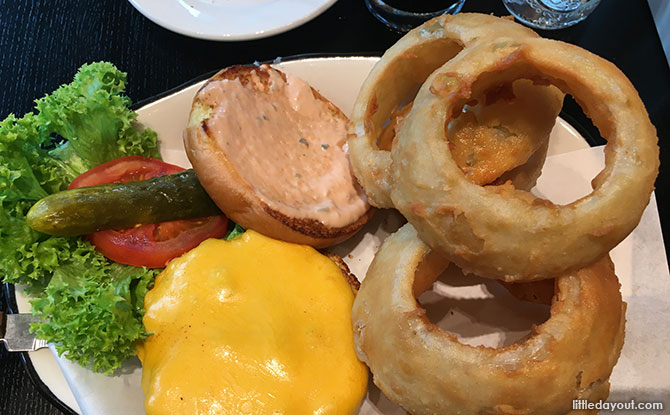 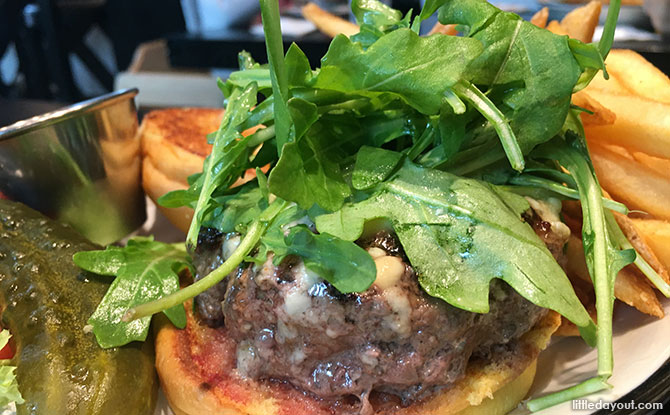 The Greg Norman had a thick wagyu beef patty with blue cheese and buttermilk-dill. It was topped with a healthy serve of arugula.

Perhaps the most intriguing was the Pizza Burger. This Black Tap burger had a zesty tomato sauce, fresh mozzarella and shaved parmesan. The combination of sauces and cheese confused our pallet with its pizza-like taste. 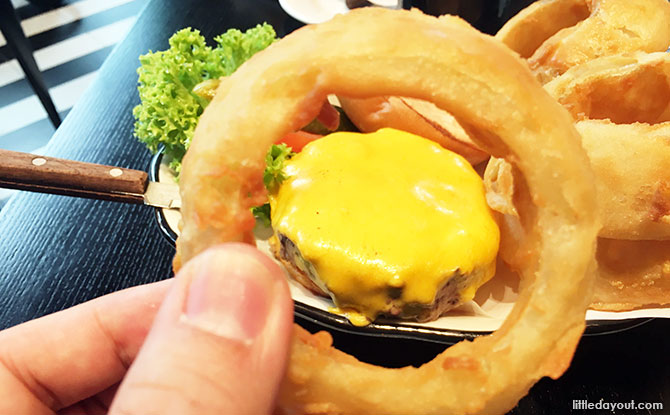 Another highlight of the meal was the super-sized onion rings. We love onion rings but still struggled to get through them, not because they didn’t taste nice – they were delicious – but because of the sheer quantity.

Black Tap Singapore also serves a variety of craft beers to go with the burgers.

Black Tap Milkshakes: For Those With a Sweet Tooth

We had the Cake Shake which came with a slice of cake sitting on top of a tall glass of thick creamy milkshake. The cake had fondant (which we didn’t particularly like), nonetheless, on the whole, we would describe the milkshake as delicious but decadent.

Black Tap Singapore is a place to go to if you are craving juicy American-style burgers (and portions) and willing to splurge to give yourself a treat for a special occasion. Next time around, what we’d probably do differently is to wise-up and share the food instead.

Oh, and remember to go early too.