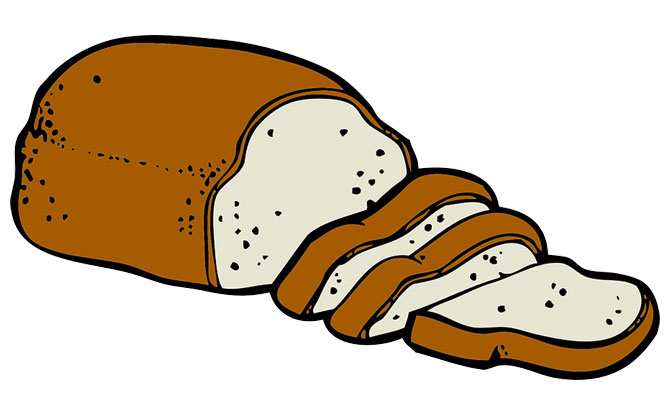 If you love bread, you knead to check out our hilarious bun-dle of bread puns, jokes and one-liners. Here are some family-friendly bread jokes that you can enjoy – it doesn’t get any butter than this.

80+ Bread Jokes That Won’t Get Mould 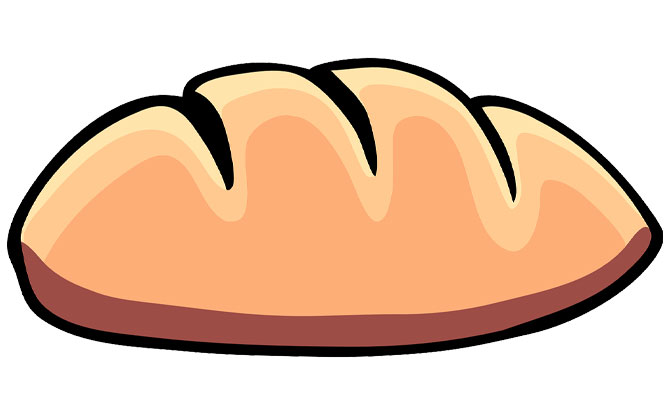 1. How does bread remember things?
It uses Toast-It notes.

2. What did the slice of bread say to his girlfriend?
I loaf you.

3. What did the French bread say when he fell?
Pain! Au! chocolat!

4. Why did the two slices of bread run away from the bakery?
They wanted to grow mould together.

5. How do you say hello to German bread?
Gluten tag.

7. What did the slice of bread say when he broke up with his girlfriend?
You deserve butter.

8. What did one slice of bread say to the other before the race?
You’re toast.

9. Why do we call money dough?
Because we all knead it.

10. What do you say to a piece of toast that’s fallen face down on the floor?
Butter luck next time.

11. Why did the baker take a 24 hour break from baking bread?
It was her cake day!

12. Why was the baker in a bad mood?
He woke up on the wrong side of the bread.

13. What happens if a baguette forgets her umbrella?
She’ll get soaking wheat all over.

14. Why was the baker feeling anxious?
Because he was in a loaf or death situation!

15. What did the baker say as she waved goodbye to the French bread?
I’ll never bag-uette you.

16. What did the piece of toast say to the psychic?
Wow, you really bread my mind.

17. How does bread relax after it’s finished baking?
It loafs around.

18. What part of a slice of bread is the most sophisticated?
The upper crust.

19. Why was the bread maker so grumpy?
She woke up on the wrong side of the bread.

20. What did the sliced bread say when it saw the butter and jam on the table?
I’m toast.

21. What does the bread sing when it is learning the musical scales?
Dough, Re, Mi, Fa…

22. What do you call a rabbit who has spent too long in the sun?
A hot cross bun-ny.

23. Why do bakers always work at the weekends?
Because they knead the dough.

24. What do you call a small bread that is moving rhythmically to music?
Abundance

25. What do elves make sandwiches with?
Short-bread.

26. Why did the roll go to the doctors?
It was feeling really crumby.

27. Why do dough balls throw great parties?
Because they always they rise to the occasion.

28. Why does bread hate summer weather?
Because summer heat can get too toasty.

29. What songs do bread loaves hate?
The golden moldies.

30. What did the muffin say to the crumpet?
You deserve butter than this.

31. What is a baker’s favourite time of year?
Yeaster.

32. Why was the bread maker fired from his job?
He was loafing around too much.

33. Why did the ageing loaf of bread retire?
Because his career was toast.

34.  Why don’t baby muffins need parents?
They have self-raising flour

35. What do you call a slice of rye with ideas above its station?
Upper crust.

36. What sorts of shoes do bakers like to wear?
Loafers.

37. Why did the baker give a bad review to the hotel?
The hotel was infested with bread bugs.

38. Why was the other bread jealous of the flat bread that started his own business?
He was a self made naan

39. What did the bag of flour say when she bumped into the loaf of bread?
Didn’t I see you yeast-erday?

40. Why did the bread maker go to jail?
She was caught beating an egg.

41. Why did the bread go to the doctor?
Because it was feeling crumby.

42. What do you call sourdough that’s been baked by Shakespeare?
Poet-rye.

43. What do you call the baker who earns the most money?
The bread-winner.

44. What did the baker say to the police officer when he was arrested?
Rye are you so serious.

45. Why doesn’t bread like warmer weather?
Because it gets too toast-y.

46. Why are bread jokes funny?
Because they never get mold.

47. What did the baker say to his customers when his bread didn’t rise?
Sorry, I did the yeast I could.

48. What type of hotel does a baker stay in when on vacation?
A Bread & Breakfast.

49. What kind of bread does Dr Who not like eating?
Dalek bread.

50. When is a loaf of bread like a golf ball?
When it has been sliced.

51. Who was that handsome star in the Hollywood baking movie?
Bread Pitt

52. Why did the baker throw out his bread machine?
There was no knead for it.

53. What did the bag of flour say when she bumped into the loaf of bread?
Didn’t I see you yeast-erday?

54. What did the bread say while playing hide and seek?
Bready, or not here I crumb!

55. Why is bread like the sun?
It rises in the yeast and sets in the waist.

56. What is a baker’s messy morning hair called when he just wakes up?
Bread head

58. What do bakers like to get for their birthday?
Flours.

60. What do you call an angry female relative?
A Cross-aunt 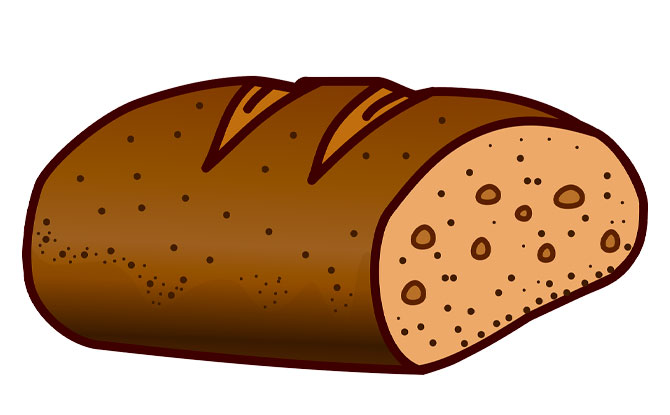 Feeling crumby? Here are some bread puns and one-liners that can help make you feel a little bit butter.

61. I went to a zoo and there was a baguette in a cage. The keeper said it was bread in captivity.

62. A caring mother makes her son loaves of bread shaped like batman, to make his sandwiches fun every time. guess what happens when it’s in the oven? The dark knight rises.

63. Breaking news: a thief has been arrested for stealing sourdough – he was caught bread-handed.

64. sausage bread will always be by your side for batter or for wurst

65. Last week I saw a loaf in a cage at my local zoo – it was bread in captivity.

66. I’m not allowed to share the recipe for the bread we have at the Indian restaurant.
It’s a naan disclosure agreement.

69. Did you hear about the man who fell off his roof onto a pile of French bread – he was in a lot of pain

70. Heard the one about the loaf of bread who was sad? He had a break down and rye, then he felt much better.

73. Did you know that bread puns always happen when you yeast expect them?

75. I don’t know why, but whenever I take a photo of my loaf of bread, it comes out grain-y.

76. Did you hear the one about the bakery that closed because everything went a-rye?

77. Radical bakers are always going against the whole-grain.

78. Did you hear about the baker’s lorry that spilled its load on the motorway? Police say to expect delays on the yeast- bound carriageway.

79. Did you hear about the bread factory that burned down – now the business is toast.

80. I once asked an affluent French baker how she managed to make so much money making bread. Her answer: Success baguettes success.

81. Cia-batta study harder if she wants to pass her bakery exams.

82. A man with Celiac disease willingly ate an entire loaf of bread. He was a gluten for punishment.

83. Is it acceptable to dip bread into a curry? Asking for my naan.

85. I put some big, giant, large, massive, enormous, huge bread in the toaster. I was making synonym toast.

86. I braided a rope today. It looks like challah bread. But it’s knot.

87. Two slices of bread are competing to see who would stay fresh the longest.
It ended in a stalemate.