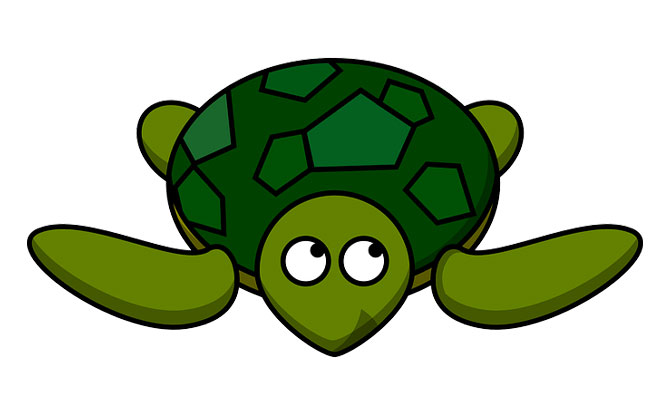 Turtles are unique creatures that have many interesting characteristics. They can be found in a variety of habitats and are known for their funny appearance. Turtles are also popular pets because they are low maintenance and easy to care for. If you know a turtle lover or are one yourself, here are some great turtle jokes that you can laugh about in your shell!

60+ Jokes About Turtles To Laugh About 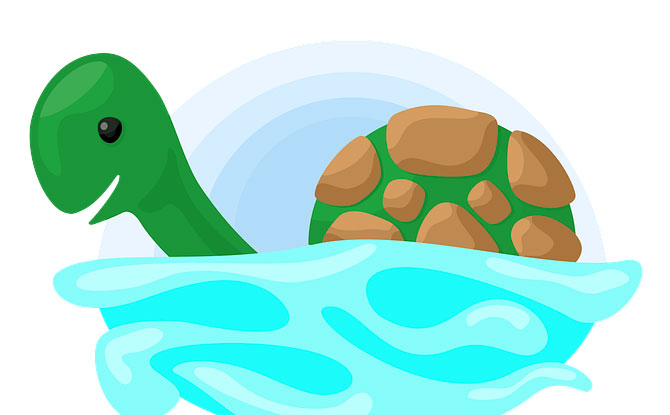 1. Why did the turtle cross the road?
To get to the shell station!!!!

2. What type of photos does a turtle love to take?
Shellfies.

3. What do you get when you cross a turtle with a giraffe?
A turtle-neck.

4. Where do homeless turtles go?
To the Shellter

5. What do you call a turtle chef?
A slow- cooker.

6. What do turtles do on their birthday?
They shell-ebrate it.

7. What did the snail say as it rode on the turtle’s back?
WEEEEEEEEE!

8. Why do turtles never forget?
Because they have turtle recall.

9. What kind of jokes do turtles tell?
Shell-larious ones.

10. Where do you find a leg-less turtle?
Wherever you left it!

11. What do you call a famous turtle?
A shell-ebrity.

13. Why is turtle wax so expensive?
Because they only have little ears.

15. What happens when you try to crossbreed a turtle and a dragon?
You get a crushed turtle.

17. What do you call turtles who are only awake during the nighttime?
Noc-turtles.

19. Why can’t a turtle eat food from Burger King?
Because, a turtle is too slow for fast food.

20. What do you call a turtle who loves photography?
A snapping turtle.

21. Why couldn’t the famous Ninja Turtle cross the road?
Because he didn’t have enough turtle power.

22. What do you call a truck full of sea turtles crashing into a train full of terrapins?
A turtle disaster.

24. What does a turtle need to wear when he rides a bike?
A shell-met.

25. How did the turtle get off his back?
He rocked and he rolled.

26. What do turtles use to communicate?
A shell-phone.

27. What do you get if you cross a turtle and a lama?
A turtle neck sweater.

29. What happens if you get into a fight with one of the famous Ninja Turtles?
You get shell shocked.

30. What do turtles do best?
Slow dance.

31. What do you call a flying turtle?
A shell-a-copter.

32. What kind of turtles are the easiest to find?
Green “see” turtles.

33. What do you get if you cross a turtle and a porcupine?
A slowpoke.

34. What did the turtle say to the taco?
Is that my shell or yours?

35. What happens when turtles commit crimes?
They get locked up in a prison shell.

36. What happens to you when you wish to buy a turtle?
You have to shell out a lot of money.

37. What do you call a sweet ninja turtle?
Donut-ello

38. What’s something a turtle can’t do when you put it on its back?
You have an answer? I can’t believe you’ve done this!

39. Did you hear about the self-help book written by a turtle?
It was a New York Times’ Best Sheller!

Funny One-Liners And Stories About Turtles 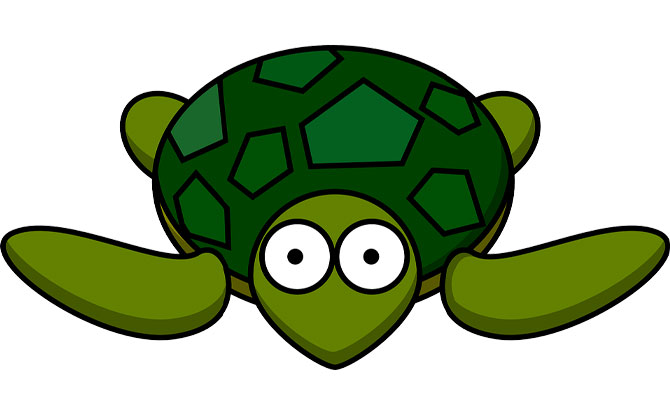 Turtles have a reputation for being slow and lazy, but they can actually be quite active. They love to explore their surroundings and are always interested in new things. Turtles are also very curious creatures and love to learn new things. On the topic of new things, here are some jokes about trutles that you can enjoy.

40. A turtle strolls into a restaurant for a light lunch and decides on the soup. The server says to him “I’m sorry sir, but we don’t serve turtle soup in this restaurant”.

41. A turtle walks into a bar. He sits down and gets ready to order. The bartender goes, “You’re looking a little GREEN there friend, need some Ginger Ale?” Everyone started laughing. The turtle confused replied, “No thanks, I’ll just take some whiskey.” The bartender gets him his drink and says, “Something on your mind friend? Want to talk about it instead of hiding in your shell?” Everyone started laughing again. The turtle even more confused replies, “I kinda need to hide in my shell to hide from predators, haven’t you seen animal planet?” The bartender, not passing up the opportunity immediate responds with, “Woah friend, no need to SNAP like that.” This time everyone is dying of laughter. The turtle, fed up with everyone’s nonesense exclaims “IM CLEARLY A RED EARD SLIDER, NOT A SNAPPING TURTLE!” and begins angrily making his way to the door. After a few minutes, he gets about halfway there stops and starts laughing. The turtle says, “OHHH! I just realized you were making turtle puns.”

42. A man walks into a bar with his dog and he notices a lady who is sitting at a table with a turtle and a big wad of money in front of her. “How did you get all of that money there?”
The woman replies “I have the fastest tortoise in the world, nobody’s pet can beat him in a race” They make a bet that their pets will race to the wall and the winner will get $100. On the go, the dog takes off quickly towards the wall.
The lady picks up his tortoise and slides it perfectly in front of the wall, picks it up and says “thanks for the race, and the hundred bucks”

43. There are two turtles in a tank…
one says to the other, “how do you drive this thing?”

44. Once upon a time, a turtle woke up and made its way to school. When it got there, it was time to leave for the school holidays.

46. The gunfight between the turtles and tortoises was barbaric! Empty shells everywhere.

47. A Teenage Mutant Ninja Turtle walks into a bar. The bartender says, “you’re underage. Get out of here.”

48. Did you know turtles have the ability to understand puns? I wish they would have a tortoise that in school.

49. My uncle died from a turtle stampede.It was a slow death

50. A turtle walked in a restaurant but the owner grabbed it and threw it out. It came back 5 months later and yelled: get your hands off me!

51. A big grey elephant was drinking out of a river when he saw a snapping turtle lying asleep on a log. The elephant walks up to the turtle and kicks it across the river.
“Why did you do that?” asked a nearby beaver.
“Because I remember that this little thing that took a bite out of me fifty years ago” says the elephant.
“Wowsers, that is some memory!” says the beaver.
“Indeed” says the elephant, “turtle recall”.

52. Used to have a teacher called Mrs Turtle. Strange looking woman but she tortoise well.

53. I don’t let my pet turtle watch TV. I guess you can call it sheltered

54. A turtle is standing on a tree branch and looks around. Then she jumps. But no matter how much she waves her limbs she of course falls down. Undeterred she climbs up again, climb on a tree branch and jumps again. And of course, crashes to the ground again. Yet again she climbs up, ready to jump again. Two pigeons are looking at her and one turns to the other “I think it’s high time we tell her she’s adopted.”

56. A turtle is crossing the road when he’s mugged by two snails.
When the police show up, they ask him what happened. The shaken turtle replies, “I don’t know. It all happened so fast.”

57. I went to a fancy dress party carrying my girlfriend on my back, someone asked “What are you supposed to be?” I answered “A turtle” “Why?” they asked. “That’s Michelle” I said.

58. Three friends, a turtle, a mole and a bear are drafted and have to join the army. But neither of them want to go, so they need to provide medical proof of why they can’t join.

“It’s easy for me”, says the turtle “I am slow.”He enters the examination room and when he comes out, he happily tells his friend that he is in fact too slow.

“Well”, says the mole next, “I am literally blind. How would they want me?” And he’s right. He comes out a few minutes later and hugs his friends that he doesn’t have to join the army because they don’t need a blind mole.

“Ok guys”, says the bear terrified. “Let’s face it. I am one of the biggest and most dangerous animals. I am the perfect soldier.”
“I have an idea”, says the turtle slowly, “the most dangerous part of you are your teeth. Without your teeth you are not really dangerous. So if you file your teeth, they won’t want you!” Reluctantly the bear agrees.

With his teeth filed down, the bear enters the examination room and after 10 minutes comes out again with a hanging head and sad face.
“So, you have to join army?”, the turtle asks carefully.
The bear mumbles: ”No, I’m too fat”

59. A turtle walks into a bar. A turtle walks into a bar and orders some water. The bartender gives that turtle a glass of water and the turtle slowly walks away with it. The next day, the turtle comes again with the same order. This repeats for four days, but on day 5 the bartender decides to ask the turtle: Man, why do you just order water. Wouldn’t you like to try some cocktails or something? The turtle replies: Not now, man, my house is on fire!

60. A family of turtles decided to take a picnic at the park. They packed their picnic basket full and began walking toward their favourite picnic location at the park. It takes them one week to get there.

When they arrive, they realize that they forgot the picnic blanket. They ask the littlest one to quickly go back and get it. He protests, ‘but you’ll eat all of the food while I’m gone!’ They ensure him that they will wait for him.

The littlest turtle sets out toward home. A week passes and the family imagines that he’s made it back home by now. Another week passes and they imagine that he’ll be showing up any minute. He doesn’t show. The rest of the family begins to get very hungry, and they rationalize that he must have gotten lost. They finally decide to open the picnic basket and begin eating without him.

Suddenly the littlest one pops out from behind a rock and says, ‘See! I knew that you’d eat the food without me!’