Home Lifestyle Entertainment 50+ Giraffe Jokes & Puns That Will Stretch Out A Laugh For... 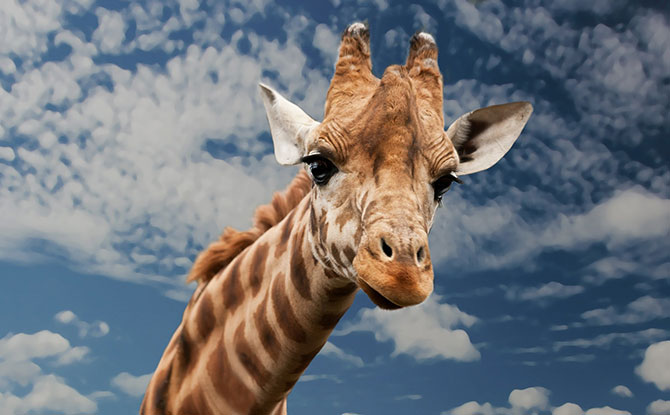 Giraffes are some of the funniest animals around. And what’s funnier that giraffes? Giraffe jokes. Giraffes are tall, they have long necks, and they’re always sticking their tongues out! But there’s more to giraffes than just their funny looks. These animals are also amazing athletes. They can run up to 35 miles per hour, and they can jump than 10 feet in the air!

Just as amazing as these creatures are some of these funny giraffe jokes and puns.

50+ Giraffe Jokes & Puns That Head and Shoulder Above All

1. Why don’t zebras like giraffes?
Because they always look down on them.

2. Why didn’t the giraffe get invited to the party?
He was a pain in the neck.

3. What happens when two giraffes collide?
A giraffic jam.

4. Why don’t giraffes like fast food?
Because they are bad at catching it.

5. What do you get when you cross a giraffe and a pig?
Bacon and legs.

6. What did Dracula say then he saw a giraffe for the first time?
It’s my pleasure to get to gnaw you.

7. Did you know that some giraffes can grow up to 18 feet.
But most only have 4.

8. Why are giraffes so slow to apologise?
It takes them a long time to swallow their pride.

9. Did you hear about the Giraffe and Ostrich race?
Turns out it was neck and neck.

10. Why do giraffes have long necks?
Because their feet stink.

11. What do you call it when a giraffe swallows a toy jet?
A “plane in the neck.”

12. What do you get if you cross a giraffe with a lawyer?
Long-arm of the law.

13. Why do giraffes make bad bosses?
Because they can’t see eye-to-eye with their employees

14. What do giraffes have that no one else has?
Baby giraffes!

15. Why did the giraffe get bad grades?
Because his head was in the clouds.

16. What is a giraffe’s favourite fruit?
Necktarines

17. When does a giraffe have 8 legs?
When there are two of them!

18. What kind of magic does a love-struck giraffe practice?
Neck-romance-y

19. What’s worse than a giraffe with a sore throat?
A centipede with sore foot.

20. What do you call an animal that turns into a boat?
A gir-raft.

21. What’s the silliest nickname you can give a giraffe?
Shorty.

22. Why don’t giraffes like to go to the playground?
Because the monkeys use them as slides.

23. How do you write a report on a giraffe?
To begin, you need a really tall ladder.

24. Why was the giraffe late?
Because he got caught in a giraffic jam!

25. What do you call a giraffe winning a horse race?
A longshot.

26. Have you heard about the restaurants which serves giraffes?
It’s a tall order.

27. Knock, knock!
Who’s there?
Giraffe.
Giraffe who?
Giraffe anything to eat? I’m starving!

28. Have you heard the joke about the giraffe’s neck?
It’s a long one.

30. Knock knock.
Who’s there?
Giraffe
Giraffe who?
Giraffe to ask me that stupid question. 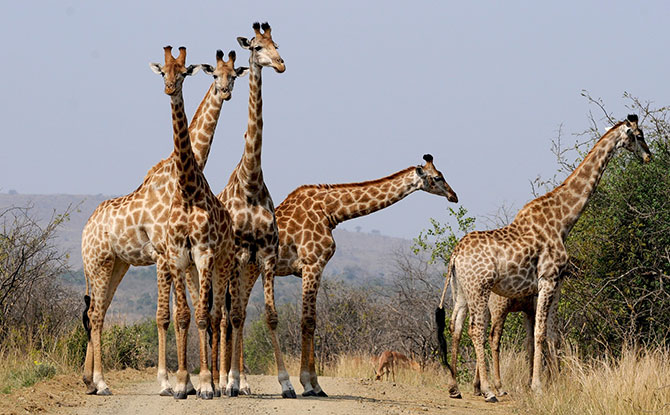 Giraffes are also very social animals. They live in groups, and they love to play and interact with each other. So next time you see a giraffe, take a moment to appreciate all that this amazing animal has to offer.

31. Why did none of the giraffe’s friends ever laugh when she told a joke?
It always went over their heads.

32. What do you get when you cross a Labrador with a giraffe?
A dog who barks at aeroplanes!

33. What sort of art do giraffes paint?
Giraffiti.

34. Why do giraffes have long necks?
So that it will reach their head.

35. Why was the giraffe admired at the zoo?
Because everybody looked up to him.

36. Why did the giraffe sign up to become a monk?
He felt a higher calling.

37. Why is it cheap to feed a giraffe?
Because a little goes a long way

38. What do you call several doctors performing surgery on a giraffe’s knee?
A joint operation.

39. What do you call a royal giraffe?
Your highness.

40. Where do giraffes go when they feel poorly?
Giraffe-Sick Park.

42. Teacher: Name me 5 animals you can see in Africa?
Student: 4 giraffes and an elephant.

43. What do you get when you cross a giraffe with a hedgehog?
A twelve-foot toothbrush.

44. What did the giraffe say to the lion in the tree?
Get out of my dinner.

45. What is most dangerous book you can read?
A pop-up book about giraffes.

46. How do you put a giraffe into the refridgerator?
With difficulty.

47. What do you call a giraffe without a bowtie?
Neck-ed.

48. What do giraffes and cheetahs have in common?
Spots.

49. How did the giraffe hide in the cherry tree?
It painted its toes red and stayed perfectly still.

50. What do you call a giraffe that has been bought online?
A tall order.

51. Why is it difficult to make a giraffe laugh?
Because you have to use a ladder to tickle its neck.

Liked these jokes? Check out our bunny jokes and puns.