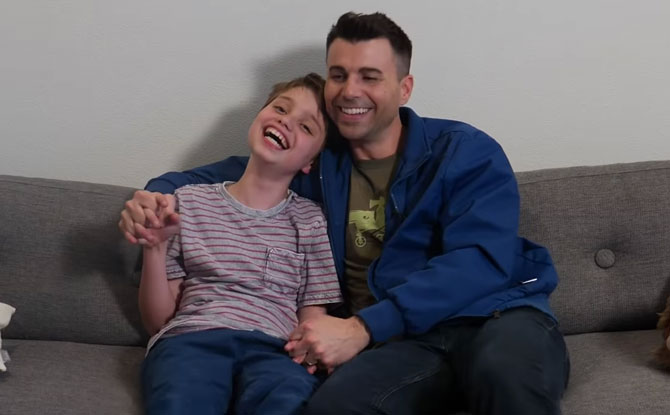 YouTuber Mark Rober is a former NASA and Apple engineer who is known for making popular videos using science as the lens of explanation. Some of his most watched videos include his elephant toothpaste experiments or his recent squirrel trail video.

His recent video “The Truth About My Son” is a little different and gives a glimpse into a more personal part of his life and his family, specifically his son who is on the autistic spectrum. He talks a little about autism in this video and here are five takeaways from Mark Rober’s video on his son with autism.

1. Autism is on a spectrum

As with many things in life, those with autism experience it to various degrees. Some people with autism can function independently, others with some difficulties, while others may require more substantial support in their daily lives.

Mark Rober’s video highlights the story of Carly Fleischmann, who made the statement: “I am autistic, but that is not who I am. Take time to know me before you judge me”, which shows that autism is not something that affects everyone in the same way.

2. Not all individuals with autism have special talents

Mark Rober shared that a lot of times when people hear that his son has autism, they “want to know what he is really good at”. This can be attributed to the fact that people with autism have unexplainable “gifts” such as having a photographic memory, or, as Mark shows in a video, the ability to know the day of the week of any date, are more sensationalised or highlighted in the media.

Mark shares that his kid does not have such “special talents”, but he does have a superpower of making people smile with his gift of writing special personal letters.

3. Individuals on the autistic spectrum can experience sensory overload

People with autism are often highly sensitive to their environments. This is due to their more delicate sensory systems, causing senses of sight, hearing, touch, smell, and taste to be easily overloaded.

It is not right to expect them to be able to “just ignore” the sensory information that is coming in. Understanding sensory challenges is an important step toward helping a person with autism to establish a comfortable environment.

A net positive effect is when you give more than you take, and in his view, Mark Rober opines that “a successful life is one where you leave the world better than where you found it.”

For those on the autism spectrum, they might not have the same “typical success story” as a neurotypical person, but they can still have a positive impact the world in their way.

5. We can do better in supporting those with autism

We can do better in supporting those with autism and the caregivers in their lives. In Mark Rober’s video, he talks about how his wife finds and focuses on the best part of their son and ensures that others can see and celebrate them as well.

There is still a lot of stigma around individuals with autism and we can do better in celebrating the differences as well as supporting charities financially if possible.

We recommend to watch the full video by Mark Rober below.