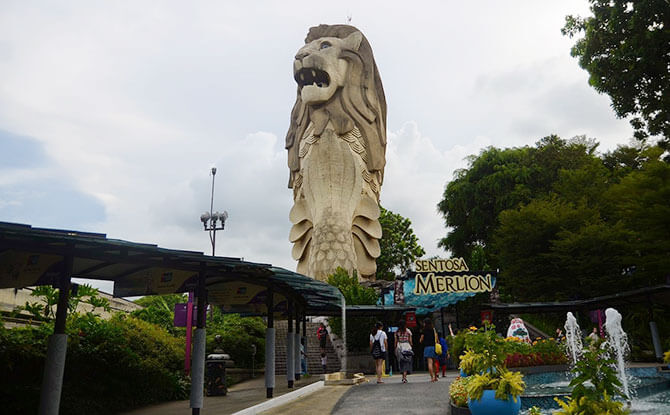 The Sentosa Merlion, the unmissable landmark that stands at the heart of the leisure island in the South of Singapore, is set to cease operations on 20 October 2019. It will be demolished to make way for a new thoroughfare as the island undergoes redevelopment.

Before the Merlion tower washes away into the annals of time, here are some interesting facts about the Sentosa Merlion in Singapore.

Facts about the Sentosa Merlion, Singapore 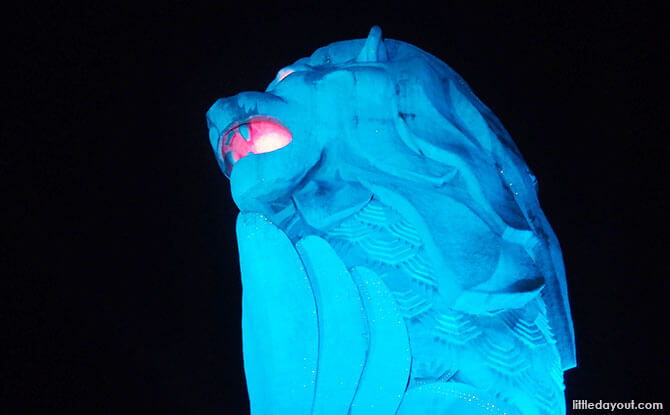 Even though the Merlion dates back to 1964 when it was designed for the then-Singapore Tourism Promotion Board, the design for the Sentosa Merlion was done by Australian artist James Martin. In a Straits Times report from 8 February 1996, Martin said he intended for it to have a “strong yet benign” face with “a sense of purpose and strength”. According to another report by United Press International dated 9 July 1996, Martin’s pet name for the Sentosa Merlion was ‘Brian’.

One-quarter the Height of Singapore Flyer

The Merlion at Sentosa stands 37 metres tall. This is the equivalent to a 11-storey building or slightly less than one-quarter the height of the Singapore Flyer. What adds to its elevation is that is built on top of a 23-metre high ridge. It has two observation decks – one at the mouth and another at the top of its head. It is possible to look out as far as Indonesia from the top of the Merlion on a clear day. The Sentosa Merlion stands on a base that resembles a bagua or octagonal shape associated with feng shui. This is said to “usher in abounding prosperity and affluence”. Look closely and you will find that the scales of the Sentosa Merlion are also eight-sided bagua-shaped. There are 320 of these scales on the Merlion tower. 320 is divisible by eight. Coincidence?

A Mouthful of Meaning

The Sentosa Merlion has four teeth. These are supposed to represented Singapore’s ethnic groups – Malays, Chinese, Indians and Eurasians – and harmonious prosperity for all Singaporeans.

The Tale of the Ascent of the Merlion 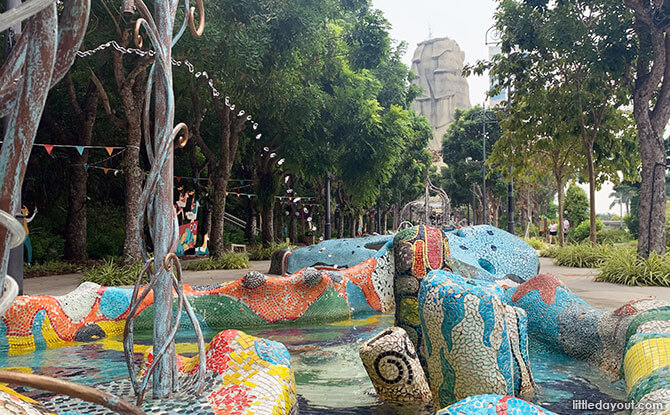 While many admire the view of the Sentosa landmark from Merlion Plaza, at the rear of the tower is the Merlion Walk. You may be wondering why this colourful, Gaudi-istic pathway that leads down to Sentosa’s beaches exists. It was originally intended to be part of the fable of how the Merlion ascended from the water to its ridge-top location overlooking Singapore. 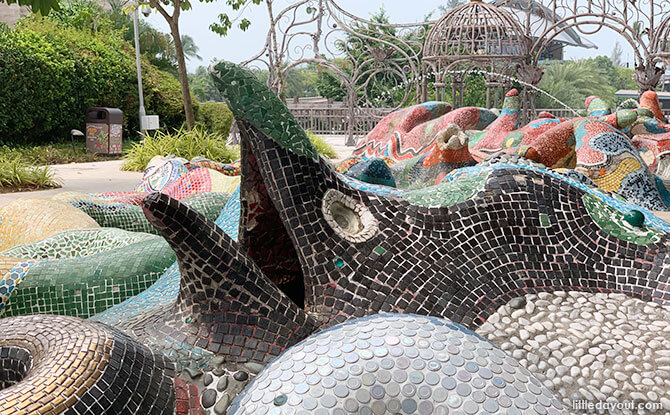 The water pools and mosaic sculptures were part of the story of how sea creatures helped the majestic Merlion rise up and preside over Sentosa. Today, there is little trace of those stories but you can still admire the colourful Merlion Walk.

“The Rise of the Melion”: Monument and Myth in the Making of the Singaore Story, Brenda S.A. Yeoh and T.C. Chang, from Theorizing the Southeast Asian City as Text, 2003.

Sentosa Merlion – The Origins, One Faber Group, Retrieved on 21 September 2019.