Home Play Where’s Wallace? Learn About the Adventurer-Explorer at the Science Centre 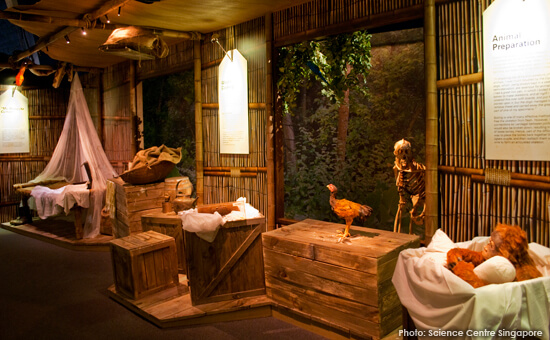 Nowadays, “Adventurer” and “Scientist” are not words usually associated with each other. The latest exhibition-display at the Science Centre Singapore, Island Adventurer: Alfred Russel Wallace and the Quest for the Origins of Species, aims to bridge this gap by showcasing the life and work of Alfred Russel Wallace.

Alfred Wallace was a Welsh naturalist who lived between 1823 and 1913. He is credited with formulating the theory of natural selection, independently from his more famous contemporary, Charles Darwin.

As part of his explorations, he spent eight years in the Malay Archipelago, including Singapore. From 1854 to 1862, he studied and observed the region’s indigenous species and collected more than 20,000 specimens of insects, birds and mammals. This helped him crystalise his theory of natural selection.

The story of this Victorian adventurer-scientist unfolds in six zones at Hall B, Mezzanine Floor of the Science Centre Singapore. The zones provide a glimpse into the Victorian society Wallace lived in before going on to tell the story of a forgotten Singapore, rich in biodiversity.  It delves into Wallace’s explorations in the Malay Archipelago and includes a replica of Wallace’s home environment to give visitors a taste of his living and working conditions in the field in the 1850s.

Wallace was a prolific author who kept an account of his adventures and is also known for having one of the best scientific exploration journals published in the 1800s. Through his life story, the exhibition aims to highlight the role that intrepid exploration, observation and curiosity play in scientific discovery. 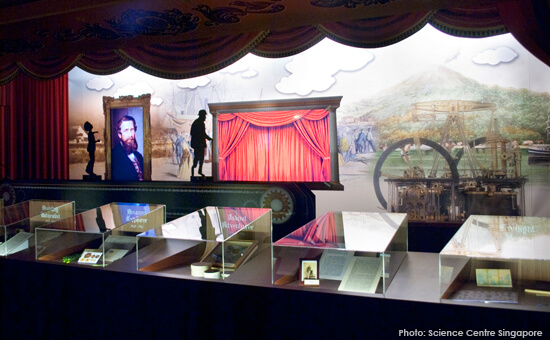 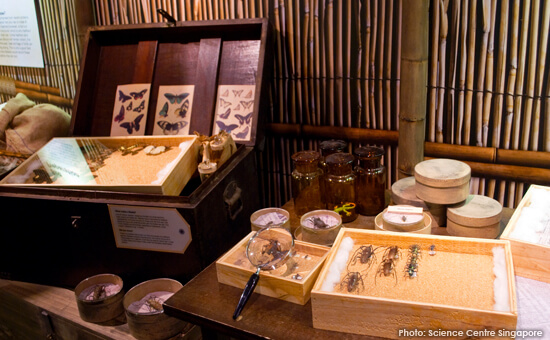 The exhibition is curated by Dr John van Wyhe from the National University of Singapore, one of the foremost experts on Alfred Wallace. It is a collaboration between the Science Centre Singapore, NUS Faculty of Science and Raffles Museum of Biodiversity Research. Organised in conjunction with the 100th anniversary of Wallace’s death, the exhibition will be on display at the Science Centre Singapore for one year until November 2014.