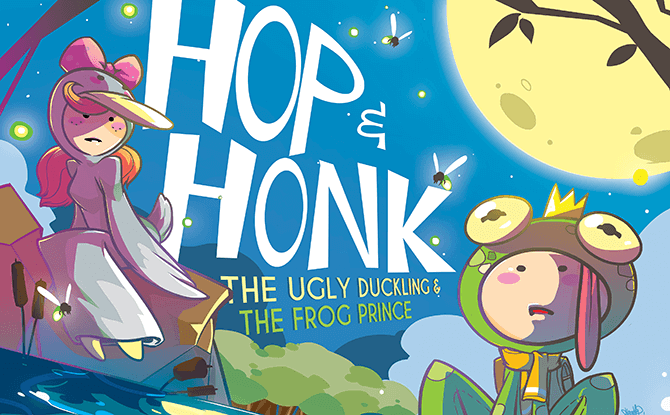 Little Day Out chats with I Theatre’s Artistic Director Brian Seward to understand how a “Broadway-style” musical is created following the matchmaking of two traditional fairy tales.

Transformation. That’s the key commonality between The Ugly Duckling and The Frog Prince.

When I Theatre’s Brian Seward was contemplating about which story to adapt into a musical, he read both these stories one after another, and realised the following elements: Both characters had a transformation, and both had a journey; with trials and tribulations. They both lived in the same environment – a riverbank, or a pond, and had the same neighbours, friends and enemies. Allowing his creative juices to flow, Seward considered the following possibility:

“I wondered what would happen if they met each other, and how they might help and guide one another. Everything fell very surprisingly into place. When I began to explore the back-stories of each creature, it became clear that there may have been connections between the two quite far back, even before the birth of the duckling, or the transformation of the Prince into a Frog!”

It was then that Hop and Honk was born. Notwithstanding the different roots of the two fairy tales (The Ugly Duckling was written by Danish storyteller Hans Christian Anderson while The Frog Princewas a creation of the German Brothers Grimm), Seward felt that both stories, stripped of their styles, actually came together nicely. Moreover, he realised that each story actually answered some questions raised by the other story!

So the creative process began, and Seward started some imaginative work stringing together the “missing” parts of each story, making a few minor adjustments here and there to ensure that the entire storyline maintains congruence. It was then a matter of transforming the revised storyline into a musical with songs and dance. 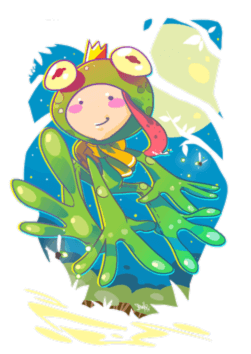 Seward describes the process in this manner: “The story has to be clear. We have to identify the key points where a song can effectively help the story along. The characters must all have a clear purpose. The story should not be too complex or depressing. It should be long enough, with enough depth to tell through not just acting, but music, song, [and] dance.”

Music, Dance Blend The Stories Together

To ensure that the transformation is smooth, Seward engaged the help of top composers Belinda Foo and Julian Wong. Belinda Foo has been in the music industry for the last 25 years, involved with arranging and writing commercial music as well as working as a pianist and music director for various performances and musicals. As for Julian Wong, he began his musical studies at the age of 4, and has written the scores for numerous musical productions and theatre festivals both locally and overseas.

Seward then ensured that the dancing and singing were of a high standard, using the songs as the means of storytelling. Describing Hop and Honk to be in the “best Broadway and West End tradition”, Seward mentioned that there will be something special for everyone.

“We have classic baddies, who come to a sticky end, we have Princesses, Kings, Princes, a wedding, kidnapping, chases, a frog chorus… and a happy, but very unexpected ending – everything – and maybe even more than you would have in any Broadway or West End musical!”

But the raison d’etre of every I Theatre production is the key themes that provide meaning to the story. For Hop and Honk, the natural theme is that of “fitting in”, with an “ugly” duckling who is rejected by her peers, her siblings and even her teacher; and a Frog Prince who no longer fits in the human world but who also doesn’t fit in the animal kingdom. 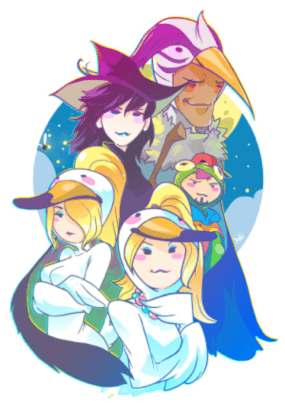 Seward however maintains that there are deeper issues that influence the actions and decisions of the key characters. “There are situations that parents may find themselves facing, and having to deal with. There are questions of identity, bullying, destiny, decision-making…”

So will the Ugly Duckling and the Frog Prince find their “traditional” happy ending? Seward hints to Little Day Out that things may not just end the way they are supposed to.

“There are always questions when you read traditional folk tales and fairy tales of ‘what if…’ the characters made a different decision, or decided to go on another path? How would that effect the outcome? Would they reach their happy ending, or would something else happen? Suddenly the ending is NOT clear, and you really have to wait and see what happens next!”

I Theatre’s Hop and Honk will be appearing at the Drama Centre Theatre (National Library Building) from 29 October to 15 November. It is recommended for families and specifically for those aged 4 to 104.

Tickets are priced at $32 and $30. Available through SISTIC.

Get the Hop and Honk Printables – Fun Activity Pack and more from Little Day Out Shop now!