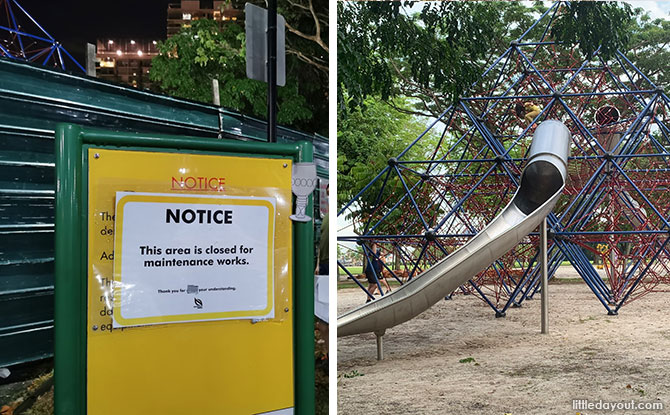 Well, the good news is that the West Coast Park pyramid has reopened. It was open over the Easter long weekend for kids of all ages to enjoy.

An Icon of West Coast Park

The West Coast Park has been a landmark of the popular playground for as long as we can remember. The blue play structure with red ropes allowed kids who dared to ascend up into the air. It was fitted with two metal tube slides which kids could use to slide back to the sandy ground once they had reached the top. While the metal slides may not be as tall as the amazing ones at Coastal PlayGrove or Admiralty Park, they were still a good bit of fun for kids. 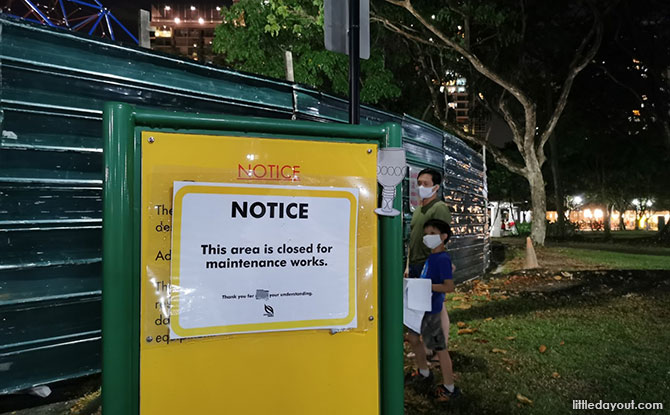 However, in 2020, during Circuit Breaker period, the pyramid play structure at West Coast Park was closed down. 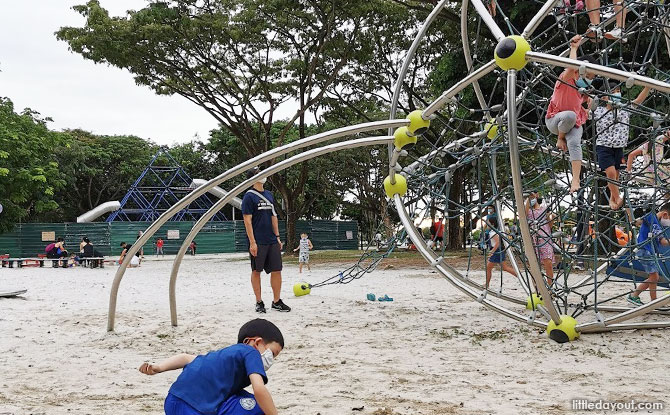 Even when the rest of the play equipment at West Coast Park playground was reopened for kids to enjoy, the pyramid remained behind hoarding for maintenance works.

Now that the West Coast Park pyramid is reopened, everyone can enjoy it once again. 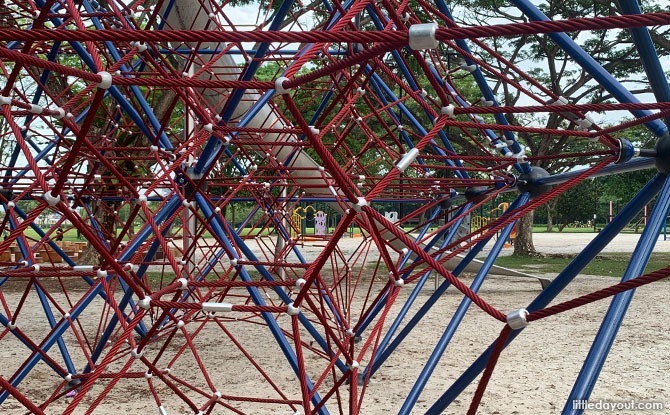 When we visited it over the Easter long weekend, there were already kids playing on it. It still looks very much the same as before, with the blue steel frame and red ropes. Even the two metal slides look the same. We guess that is why it was undergoing maintenance not renovation.