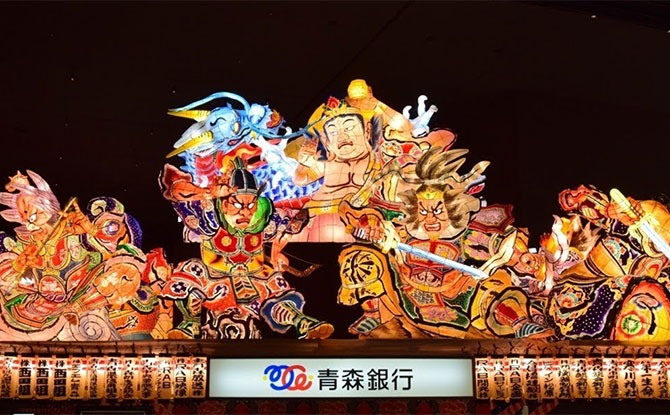 The highlight of Aomori’s summer is the Nebuta Festival, an event filled with giant floats, fabulous dancers and dazzling fireworks. It is one of the most famous festivals in Japan, attracting thousands of visitors each year to witness this fabulous display. 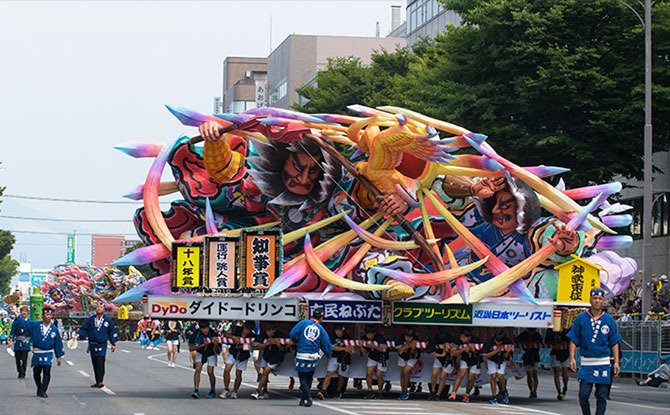 The festival is named after its main attraction, a Nebuta which is a large, colourful and dramatic human-shaped float that is built locally by teams of people who take a full year to design and construct them.

The creators of large nebutas are called Nebutashi, or nebuta masters. The designing of these lanterns start in the winter of the year before. Detailed parts like the face, arms and legs are created first, and by May, the entire structure is built in studios with wood and wires. Light bulbs are then put inside, and the wire structure is covered on the inside with traditional Japanese paper. The paper is then pasted to the entire structure. The outlines are drawn in black charcoal ink and the patterns are drawn with melted candles

The floats are often as wide as nine meters and as tall as five meters and usually resemble mythical figures, gods and spirits, local personalities, kabuki actors, or even TV characters, especially from historical “taiga” dramas.

Other highlights of the Aomori Nebuta Festival 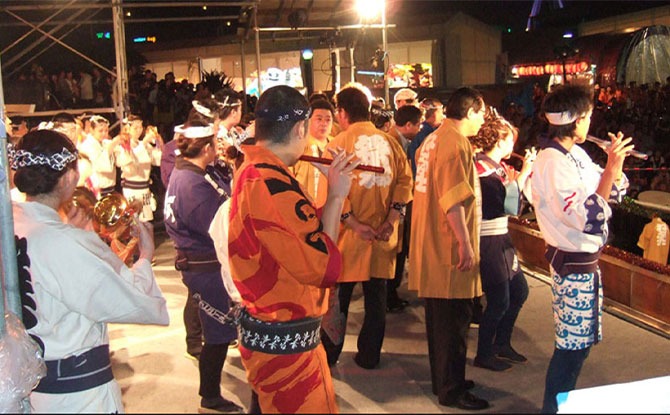 These floats parade through the streets of Aomori, with Haneto dancers and live music by the Nebuta bayashi bands. The Nebuta bayashi, or nebuta music bands, consists of drums, flutes and hand cymbals. The drummers set the rhythm, the flute plays the melody, and the cymbals accentuate the music.

The festival goes on for about a week before it closes with a two-hour fireworks show, best viewed from along the waterfront or from Aomori Bay Bridge.

Where to watch the Aomori Nebuta Festival

Although the festival has been cancelled this year, there will be a live stream of the festival for viewers to tune in from anywhere in the world. The show will be broadcast live from Aoi Umi Koen Park near Aomori Bay and will feature a dazzling parade of ten floats, giving viewers a taste of the annual celebration from the comfort of home.

The pre-recorded version of the Aomori Nebuta Festival 2021 will be streaming live on Friday, August 27 and Saturday, August 28 from 6 pm to 8 pm JST (5 pm to 7 pm Singapore Time). After the live stream, the recorded show will be available online for approximately six months. Watch the live stream at the link here.

For more information about the Aomori Nebuta Festival, visit the website here.

Kampong Glam Lights Up For Ramadan 2022

Geylang Serai Hari Raya Light Up 2022: Lights On Till 8 May

The History Of Valentine’s Day: How It Began And How It Is Celebrated Today

8+ Auspicious Greetings For The Year Of The Tiger