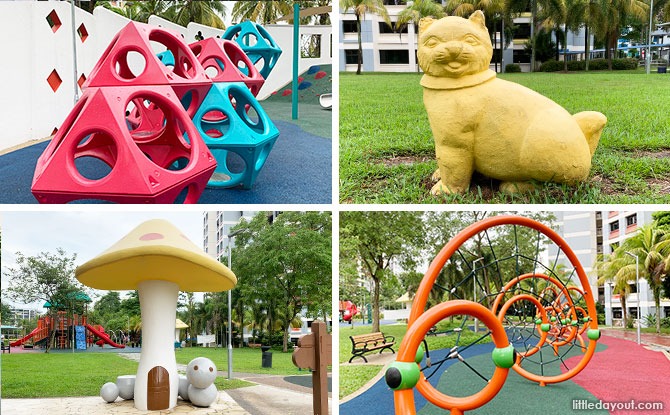 A few weeks back, we featured the Wonderland playground at Dawson Vista. However, before that Alice in Wonderland-themed playground, there was another – Vista Park. 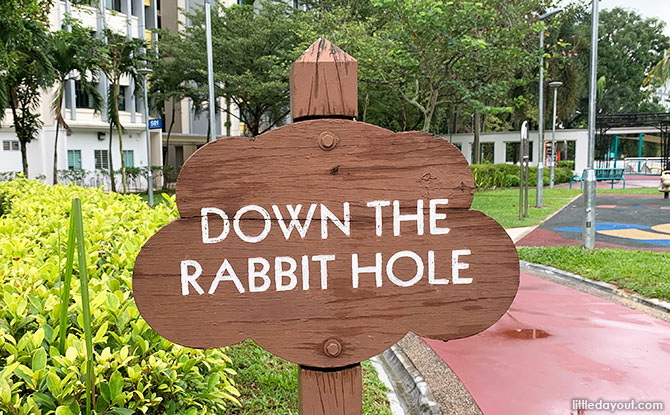 Located in Woodlands, Vista Park was the original Alice in Wonderland playground in Singapore. The entire park adopted the Lewis Carrol classic as its theme.

Different sections of the neighbourhood park were named after the Wonderland book and the main playground was a giant teapot that the Mad Hatter would have been proud of. These were the creations of Hong Hai Arts and can be viewed here.

However, over the years, Vista Park has undergone several changes. It was most recently revamped in February 2020.

In Search of Wonderland

Today, few vestiges of its Alice in Wonderland pedigree remain. For example, previously there were what looked like playing cards arched over on the ground. These were no longer around when we visited recently. 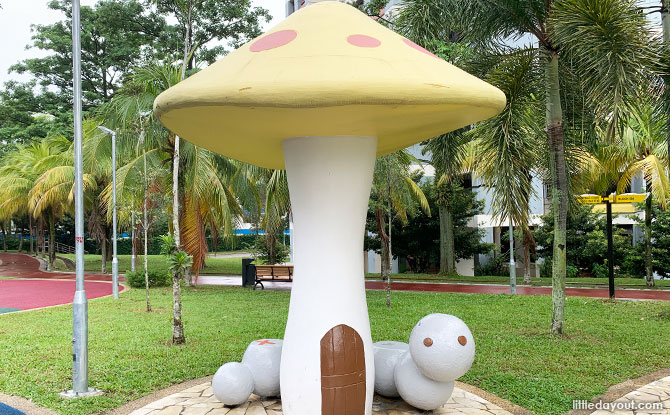 However, there are still shelters which are designed to look like toadstools with caterpillar seats underneath. Signboards mark out areas as Down the Rabbit Hole and Drink Me. 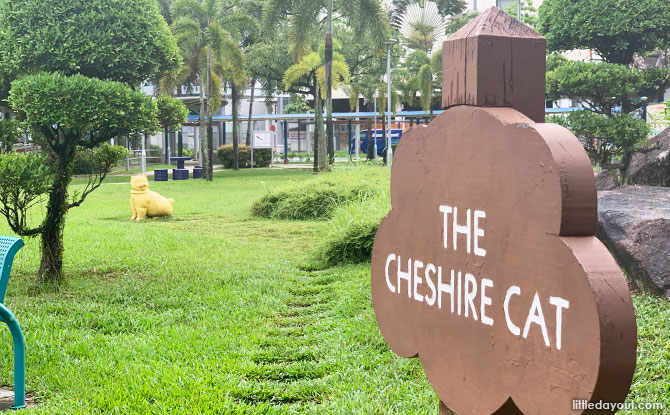 A smiling Cheshire Cat still stands at the end of a stone path in the middle of a field. 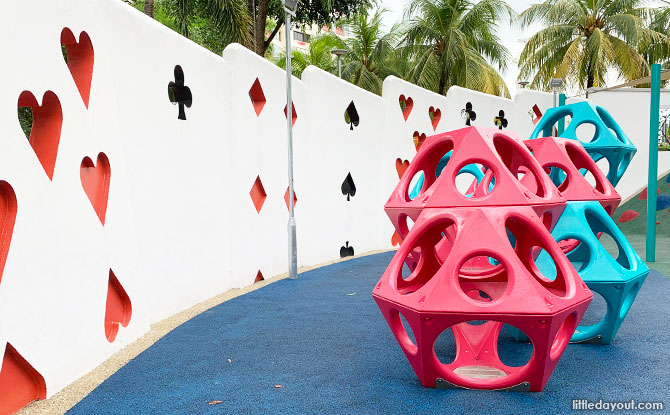 Surrounded by a wall that looks like a deck of playing cards, the Vista Park playground is quite fun. It is a playground built on a slope. There are wavy, yellow climbing nets for children to play on. 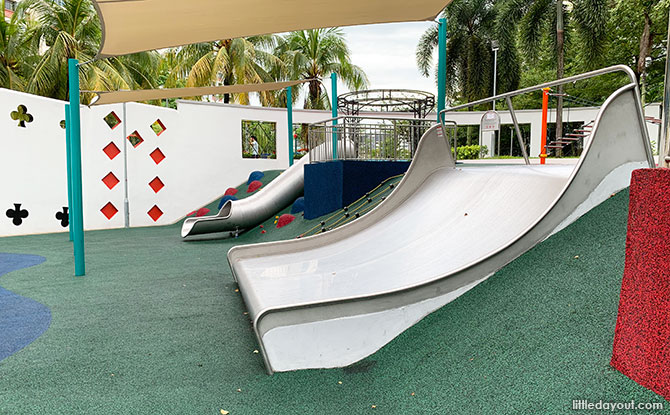 Here, you will also find a family slide, similar to the one that can be found at Admiralty Park. 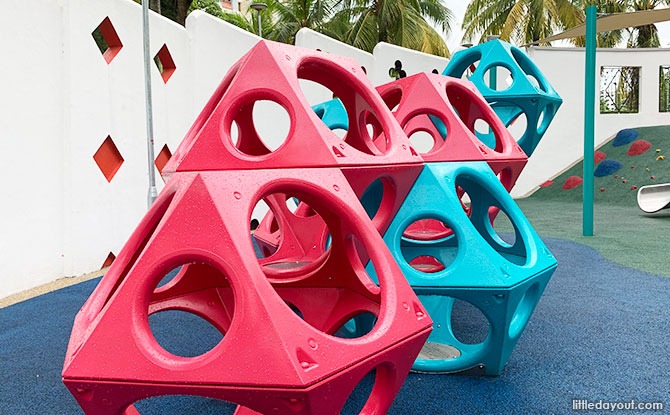 Next to the playing card wall, there is an unusual, two-tiered, red-and-blue climbing frame.

Besides this playground, there are other play spots at Vista Park. 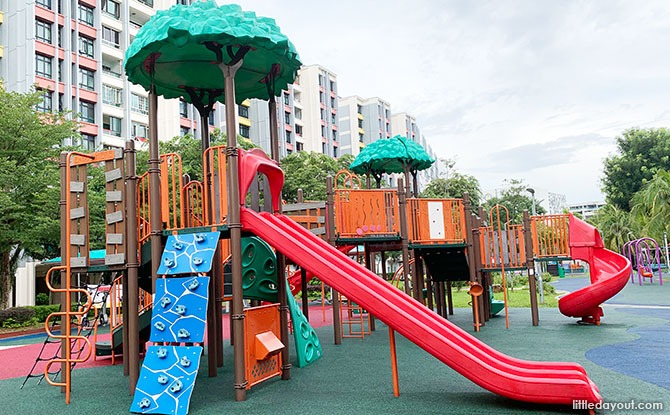 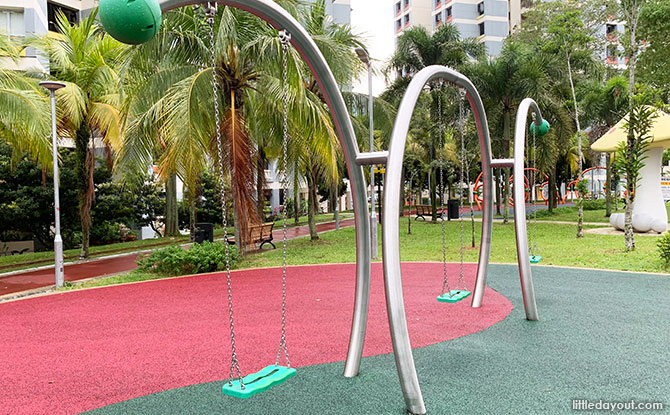 A set of swings can be found nearby as well. There is a playground for younger children … 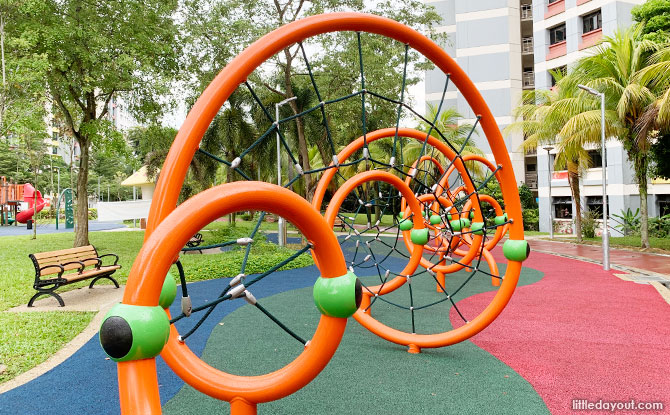 … and one where kids can put their obstacle-crossing skills to the test. 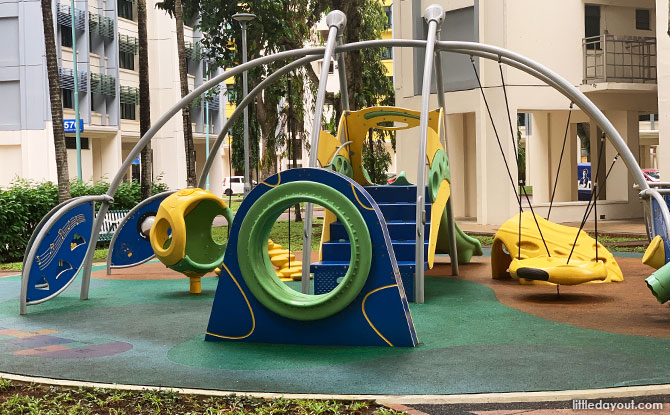 If kids get bored, there is another playground not far away at Block 580.

Vista Park might no longer be an Alice in Wonderland park but it still offers a wonderland of play for kids.

Vista Park is located in front of Blocks 581, 582 and 583 Woodlands Drive 16, next to Woodgrove Secondary School.