Home Play #TogetherforWildlife To Help Turn Things Around For Wildlife 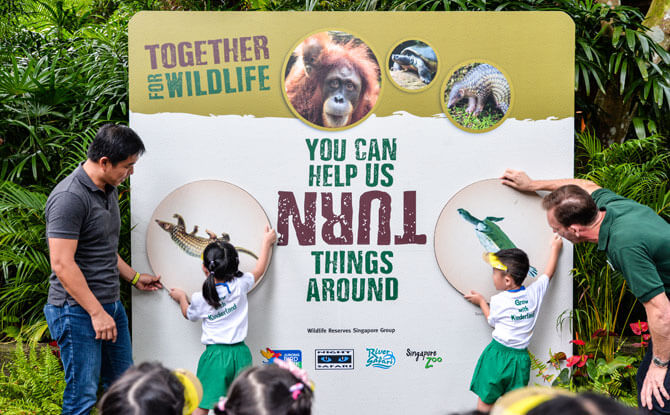 In the month of March, post a picture of yourself upside down on Instagram with the hashtag #TogetherforWildlife and Wildlife Reserves Singapore will pledge $1 towards wildlife conservation.

Together for Wildlife is a public awareness campaign by Wildlife Reserves Singapore (WRS) launched in conjunction with World Wildlife Day which falls on 3 March. It calls on communities and individuals to band together to help protect the future of Singapore’s wildlife and wildlife around the world. 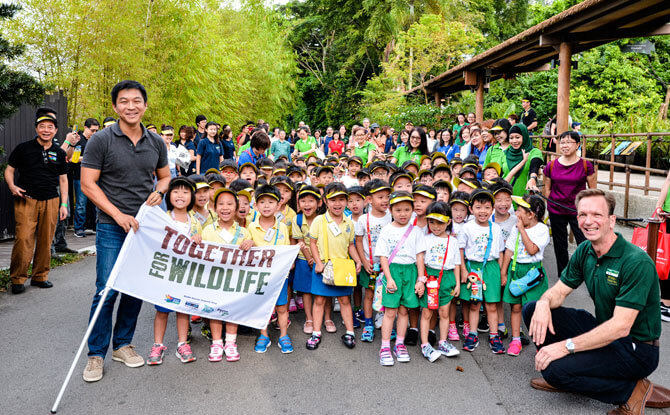 During the event, 200 preschoolers from Kinderland and NutureStars Preschool walked together around Singapore Zoo in support of wildlife conservation. The event was graced by Mr Tan Chuan-Jin, Speaker of Parliament and Deputy Chairman of Mandai Park Holdings.

Since 2016, WRS’s communication and education programmes have reached out to around 340,000 school children through programmes such as behind-the-scenes tours, experiential experiences and overnight camps.

To help further raise awareness for wildlife conservation, WRS is encouraging people to help turn things around for wildlife by posting a picture of themselves upside down on Instagram with hashtag #TogetherforWildlife in the month of March 2018.

The Need for Conservation

With Singapore and the ASEAN region being its area of focus, WRS has provided support to more than 50 wildlife conservation projects in Southeast Asia and has a further 27 regional projects lined up for 2018.

To address the threat of extinction faced by species in the region, WRS hosts the Asian Species Action Partnership (ASAP), an alliance of conservation organisations that focuses on critically endangered land and freshwater animals in Southeast Asia.

According to the IUCN Red List of Threatened Species, 175 ASAP species are under threat of extinction.

Increasing Awareness of Together for Wildlife in March

To further increase awareness, a community programme will run in support of the Together for Wildlife campaign.

For the month of March 2018, activities will also be held within the parks to help raise awareness. These include a Together for Wildlife Booth which will be held on 3, 4, 10, 11, 17 and 18 March at Singapore Zoo with activities to help visitors get to rainforest animals better. 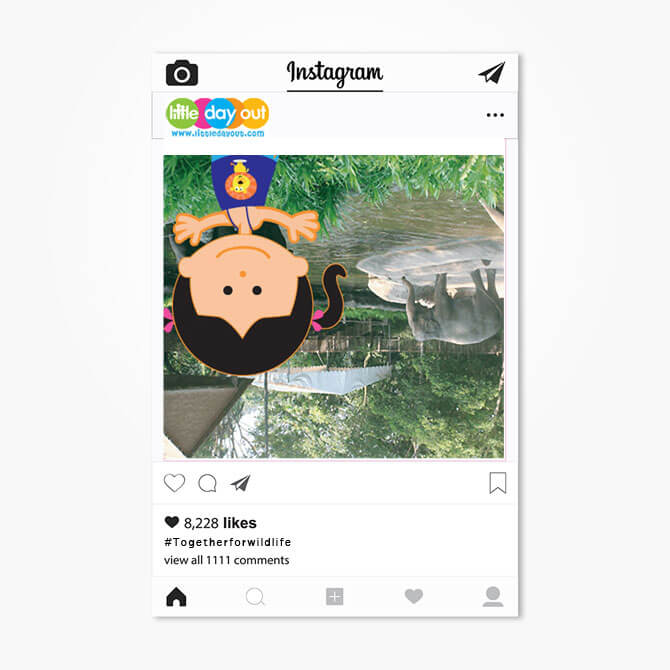 Make a pledge for wildlife and post your own upside-down Instagram picture to do your part to help turn things around for wildlife.

Get more details at the Together for Wildlife website.