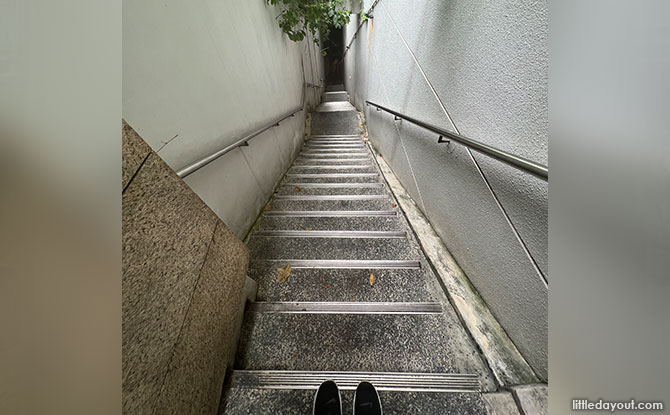 If you were to look at the distance between The Cathay To Sophia Hill on the map, the two locations are approximately 1.1 km apart. However, some might know of the hidden staircase at The Cathay itself that lets visitors take a shortcut to Sophia hill. 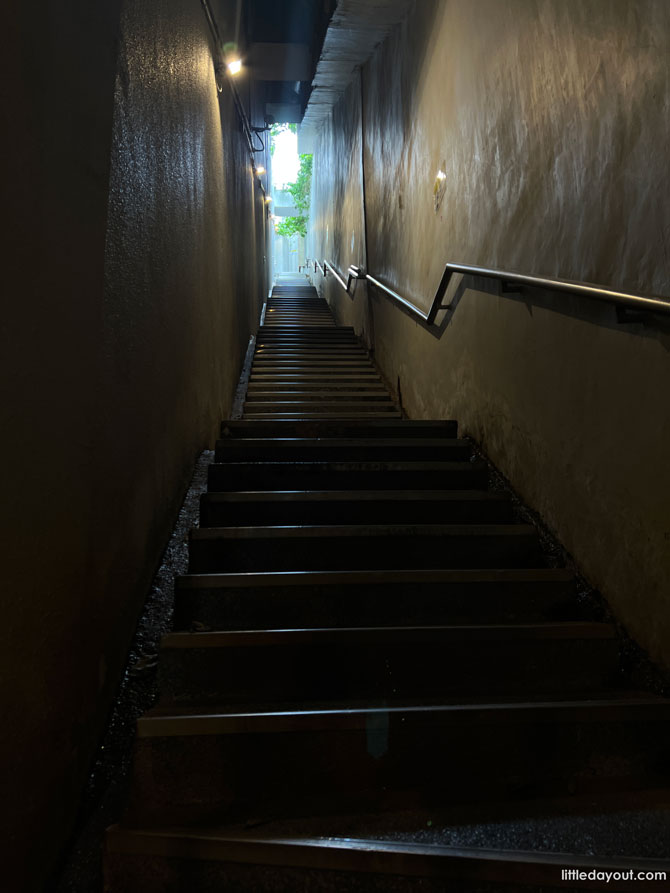 Known to some as the “100 steps”, this staircase was built to make Handy Road and Sophia Hill accessible. Back then, Plaza Singapura was inaccessible through Handy Road and thus these stairs also existed to make it more convenient for members of the public. 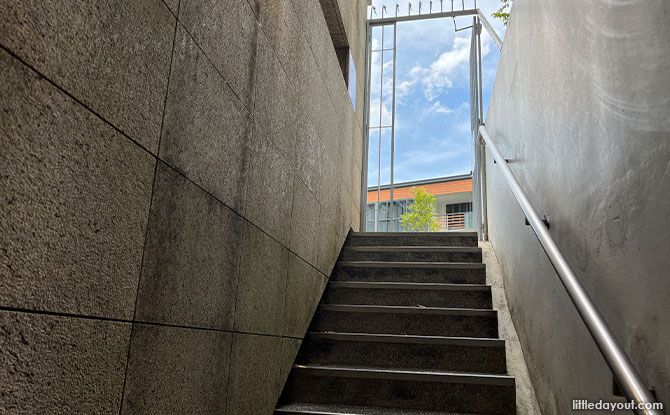 In the early 1930s, this was also a connecting flight of stairs that would have been often used by the girls studying at the Singapore Methodist Girls’ School as the school was located at Mount Sophia. This was the original 100 steps staircase. It provided a shortcut from Mount Sophia to Plaza Singapura.

Today, the new version of the stairs are accessible to members of the public from 6.30 am to 12.30 am. The average walking time to get from one point to the other takes an average of a minute.

How the hidden staircase got its name 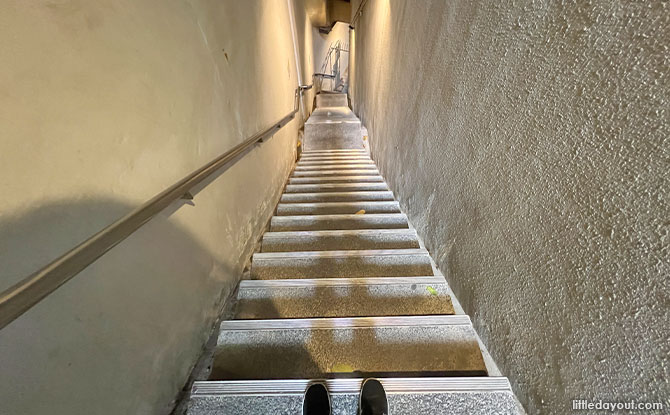 When we walked along the stairs, we counted a total number of 127 steps from the entrance to the exit. Most steps were split into sets of 16 and one of them being a set of 15.

One theory for the name would that it stretches around 100 feet from the entrance to exit.

However, we postulate that it really gets its nickname of 100 steps as it is a successor to the original 100 steps that connected Plaza Singapura and Mount Sophia.

Entering the hidden staircase from The Cathay 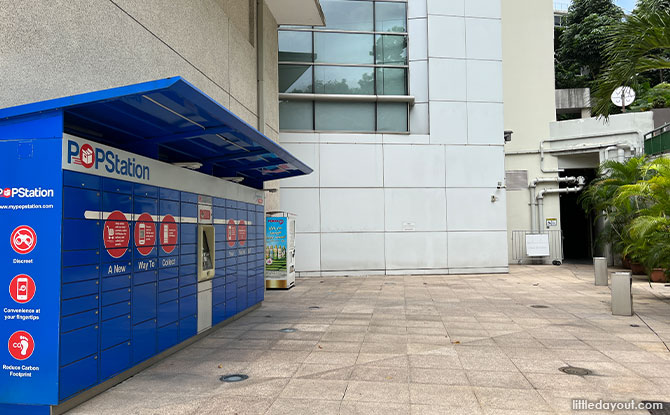 To access the staircase from The Cathay’s main entrance, head towards the right side of the building. There you will see a pop station and a small entrance that leads towards the stairs. 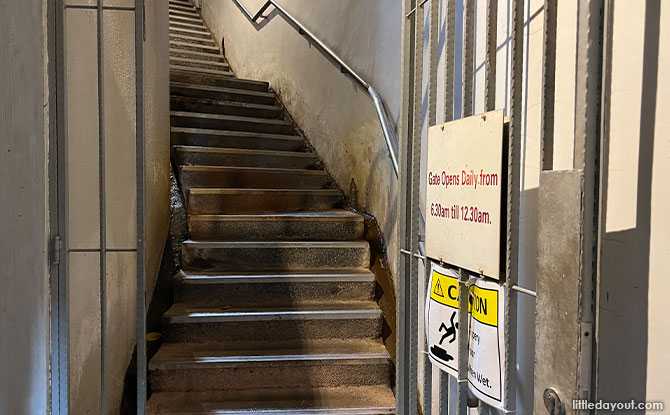 The stairs are not narrow and there are handholds along the way, however, the light in the area is not the brightest and pedestrians should be mindful of their steps. 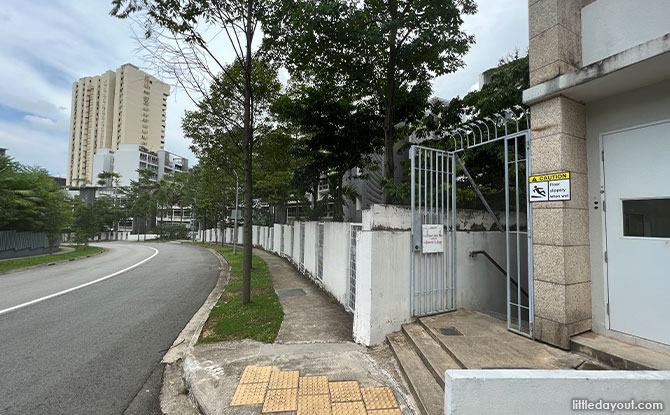 To those entering from Sophia Hill, the landmark to look out for would be the Mount Sophia Carpark along Adis Road. It is also a short walking distance from Sophia Hill’s Clubhouse