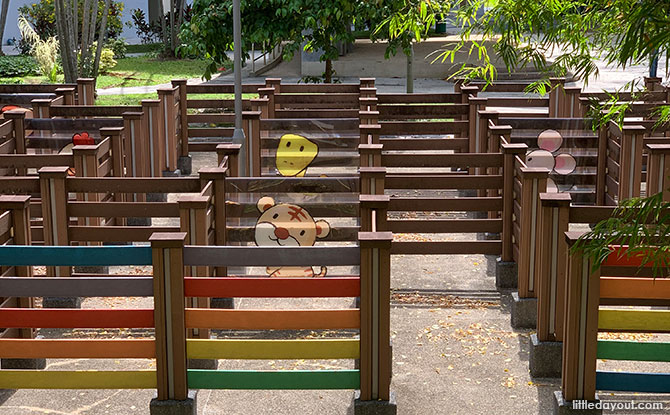 Hidden amongst the HDB blocks at Telok Blangah Rise, at the base of Mount Faber, is a unique playspot – a wooden children’s maze. 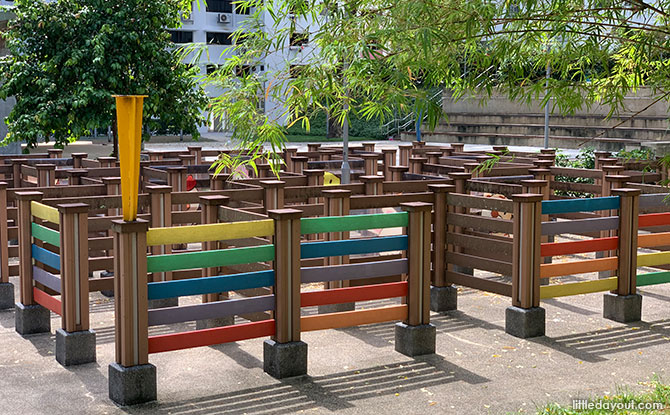 The walls of the children’s maze are made of wooden slats. These allow kids to see through the maze walls to the other side but also prevent them from going through. Most of these slats are painted brown, except for the occasional ones which come in bright colours. 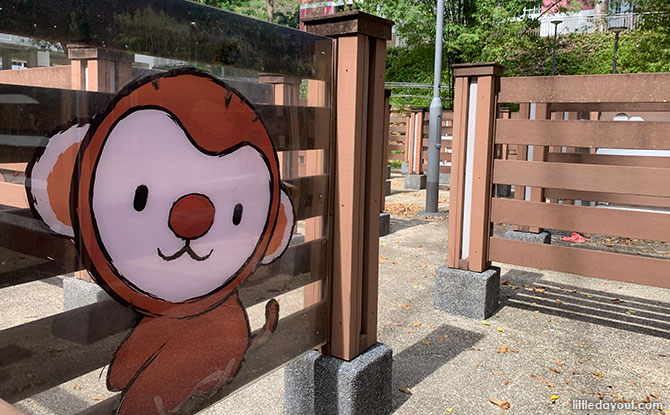 Hidden throughout the Telok Blangah Rise maze are cute little animals for kids to find. These include a monkey, cow, a tiger, a dragon and more. 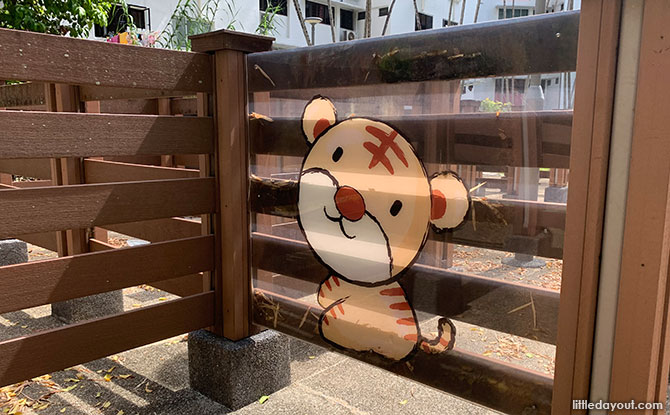 In fact, if you consider what these have in common, they are all Chinese zodiac animals! Kids can navigate their way through the maze to see how many animals they can find. 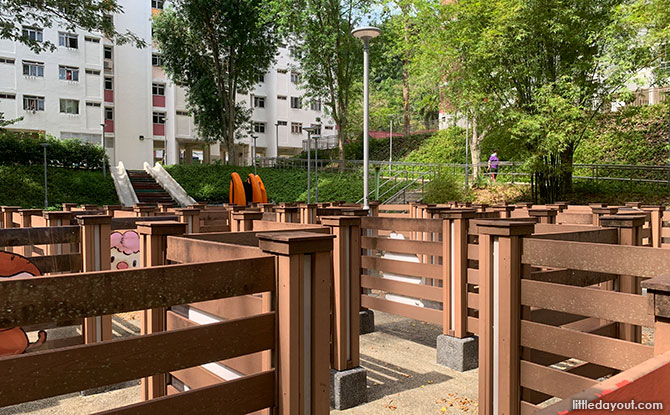 At the centre of the Telok Blangah Rise maze, there is a single lamppost.

While there are mazes found in other playgrounds, such as the Tiong Bahru train playground, this maze is different as it seems to have been intended as the main attraction at this children’s play area. 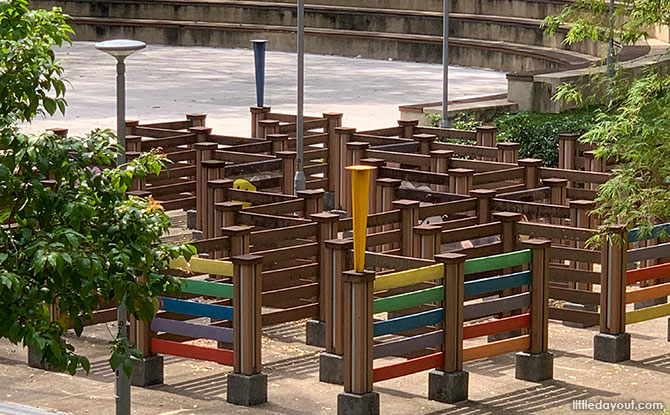 The maze’s passageways offer an opportunity to get lost and to wind up at dead-ends. But, thanks to the see-through maze walls, there is little risk of kids panicking if they do get lost as they can simply see what’s on the other side.

Close by to the Telok Blangah Rise children’s maze are the shops under the HDB blocks. Climb up the stairs to explore the local neighbourhood, which has a few old-time bird pet shops at Block 38. Visit on the weekend and you may find all the birds singing together outdoors.

READ: Where to Find Mazes in Singapore