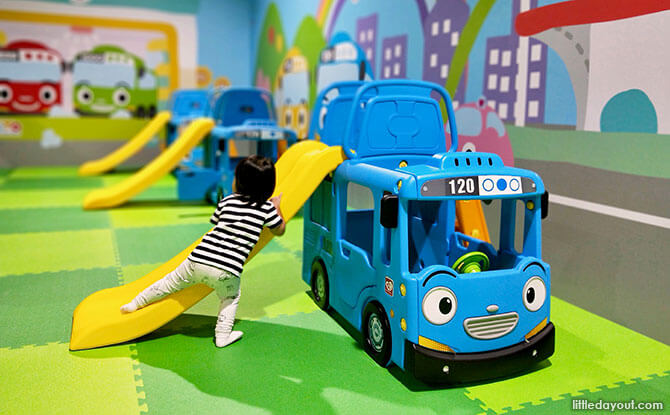 As Downtown East turns 30 and completes its five-year revamp project this year, the numerous new lifestyle offerings will definitely see you East-side more and more. Tayo Station at Downtown East is a brand new themed indoor playground based on the characters of the South Korean animated series, “Tayo the Little Bus” at level 3 of the E!hub. Now here’s something for the young, to the really young! 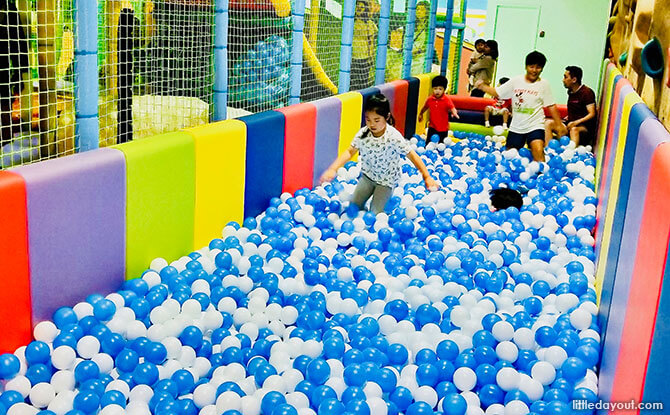 Tayo Station at Downtown East is the first Tayo character-based indoor playground in Southeast Asia, and was launched following the huge success of Pororo Park Singapore. 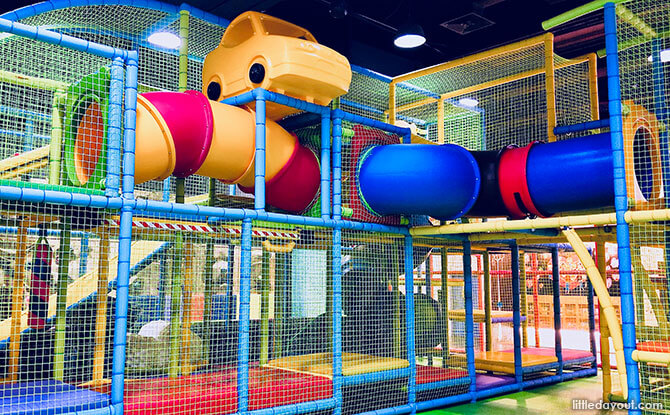 Spanning a vast space of 10,000 square feet, Tayo Station is suitable for children ages 1 to 12 years old, and is home to indoor playground activities, an edutainment area, and sensory play spaces.

Upon entry, we had to put our shoes away on the shoe rack. There are also lockers you can pay for to store your bits and bobs. 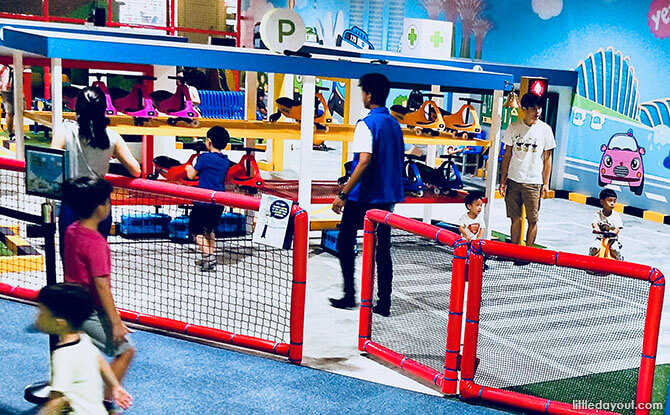 Vivid Tayo graphics and murals – with a touch of Singapore – were everywhere as we made our way to Tayo’s Road Circuit. Here budding motorheads can rev down the open road, while learning about real-world road safety. The circuit even has little pitstops like the Garage, Wash n’ Go, and Pump Kiosk, so children can keep it real just like any self-respecting motorist. 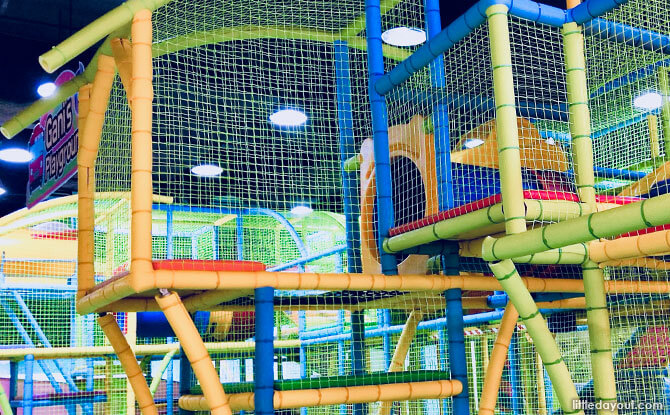 If like me, you have an energiser bunny on your hands, make a beeline for Gani’s Playground which boasts a three-storey play structure, complete with slides and a maze of obstacles and tunnels.

Fully foam padded, my 20-month old needed a fair bit of assistance on the climbing frame. The slides were daunting for her, as they were for me! Older and taller children should have no problems getting up and around, however.

That said, mummies – dress appropriately in shorts or jeans! 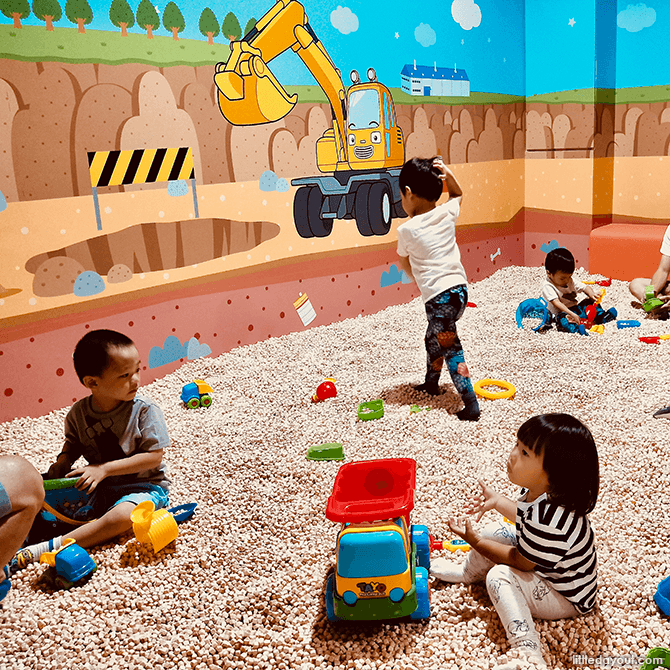 If quiet time is more your thing, pop into Poco’s Hinoki Play where sand-play is emulated using freshly-imported Hinoki wood cubes from South Korea. These aromatic and clean cubes have been touted for their health and skin benefits – my daughter had a blast running her fingers through them, and using them to fill up the toys provided.

If you have wee ones who still mouth everything in sight, you might prefer to stay put in the Cute Tayo Toddler Zone where there is a mini ball-pit, baby-friendly Tayo slides and buses to keep your child occupied for a good while. 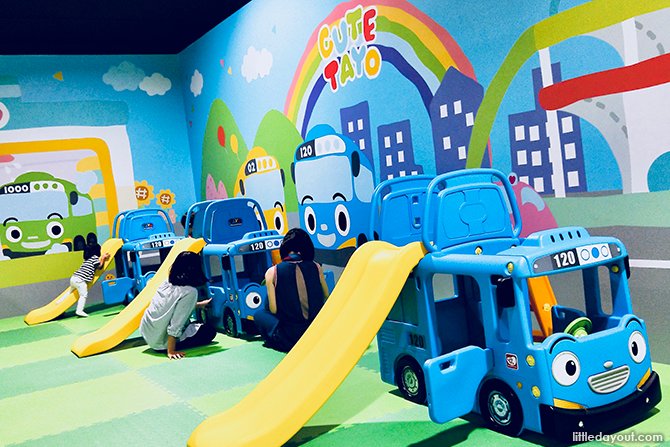 After almost 90 minutes of play at Tayo Station at Downtown East, I was spent and headed to the Chill Zone for a rest and yes, Wi-Fi. Thank you DreamUs Edutainment for thinking of us parents!

Brightly lit, the Chill Zone is right next to Tayo’s Road Circuit, at the entrance of the playground. Unfortunately, no food or drinks are sold or allowed.

It is worth mentioning that Tayo Station at Downtown East has two party rooms – Lani’s and Rogi’s which can each hold up to 10 children and 20 adults. With Tayo Station looking after everything, parents and invited guests simply have to turn up for the party and enjoy!

Self-contained and family-friendly, Tayo Station at Downtown East is opened daily from 11 am on weekdays, and 10 am on weekends, public holidays and school holidays.

For more information on admission rates and such, please visit its website here.