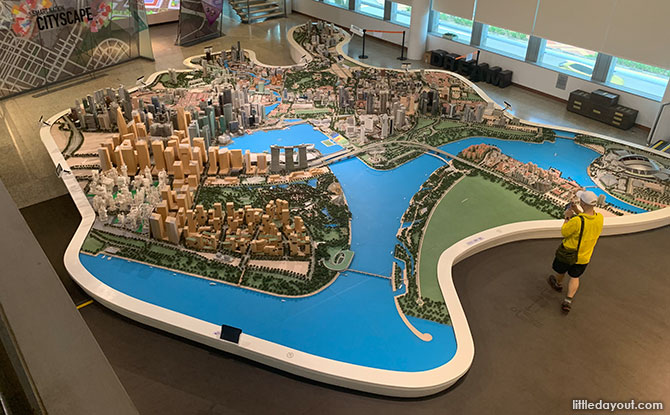 A visit to the Singapore City Gallery reveals how much vision, thought and planning goes into sculpting Singapore’s future and preserving our built heritage. The free gallery at URA Centre covers three floors and provides a window into the city planning process.

A Vision for Tomorrow 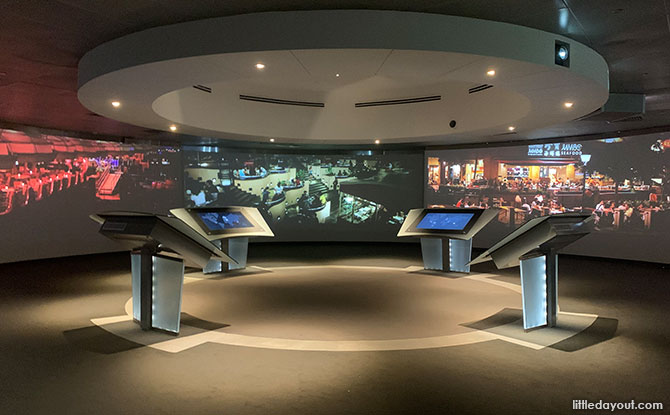 Entering the Singapore City Gallery’s Permanent Exhibition at level 2, we were immediately immersed into a 360-degree multimedia room filled with ever-changing visuals of Singapore.

Interactive screens sited around the room introduced us to the aspirations that the urban renewal process balances and accounts for.

A short flight of stairs brought us up to level three where the permanent collection continues. 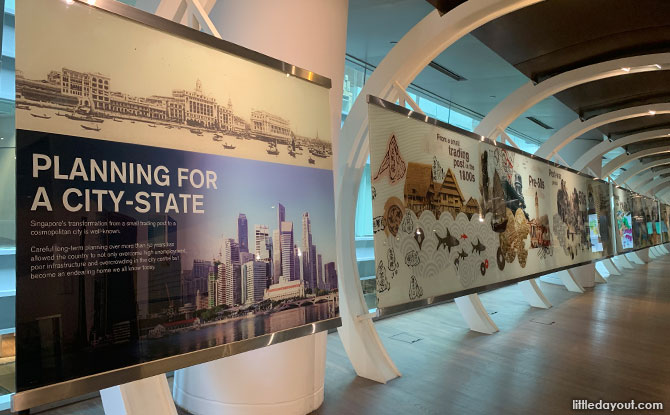 On one side of corridor, the milestones of Singapore’s development from the early colonial days to more recent times are charted out on a panels. 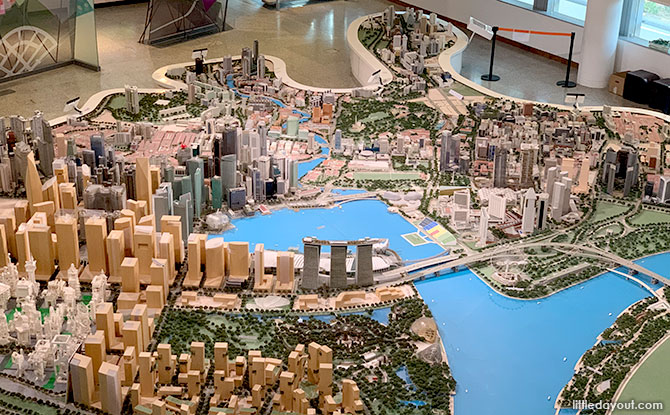 On the other side of the corridor, we peered out over the ledge for a birds eye view of the architectural model of the CBD, one floor below. 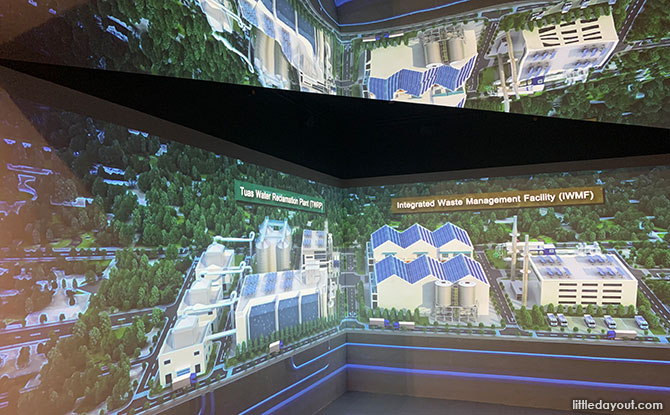 “Small Island, Big Plans” probably describes Singapore approach to urban planning. Very little is left to chance. The future is plotted out decades in advance. This has been the approach since the Jackson Plan was formulated the early 1820s; urban planning, to varying degrees, has always been a part of Singapore’s DNA.

With land scarcity in Singapore, space needs to be used wisely. Planning is essential to ensure that the city works well for those who live in it. 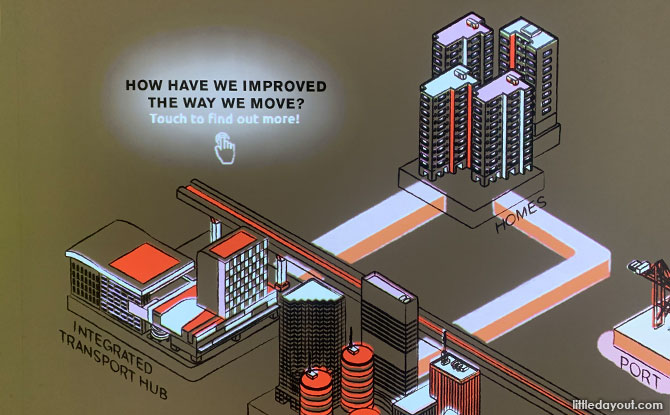 At the Singapore City Gallery, we got to understand more about the infrastructural networks that run under the city through a short interactive multimedia show. 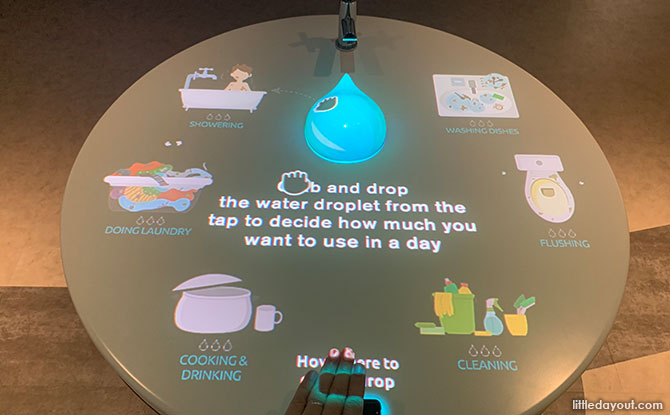 Interactive displays invite exploration of how the city works. Some of these have now got “no-touch” features; placing the hand over them activates them. 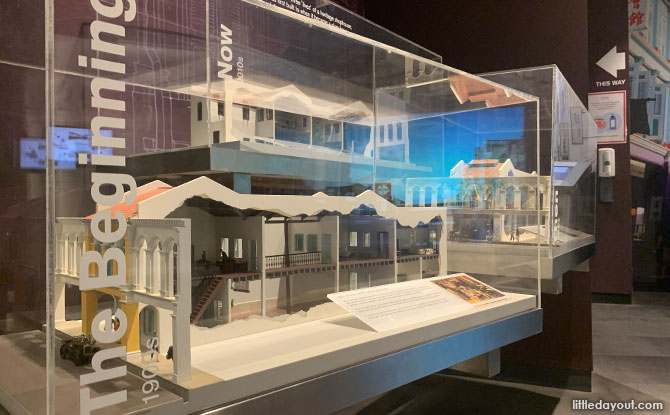 The past is not forgotten either. Those who are interested in how Singapore’s built heritage is being preserved can learn more through interactive exhibits and miniature scale models. 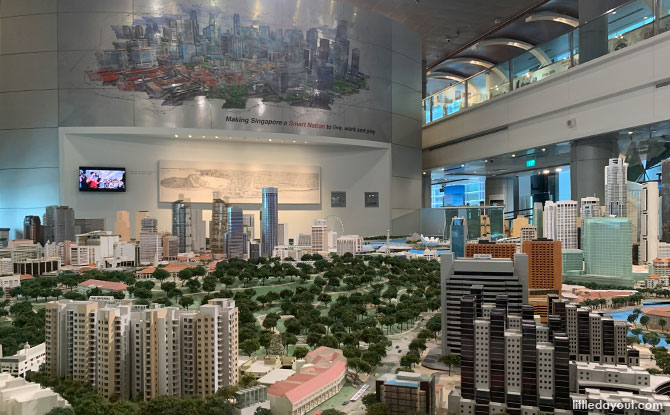 Returning back down to the second floor gave us a chance to admire the Singapore’s CBD model we had spotted earlier upclose. 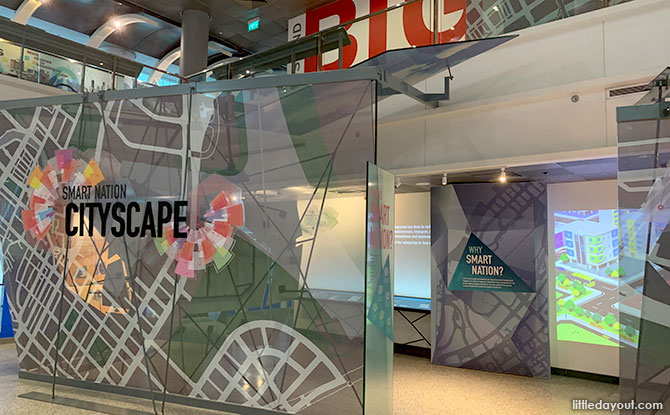 A section is also dedicated to Singapore’s ambition of becoming a “smart city”. 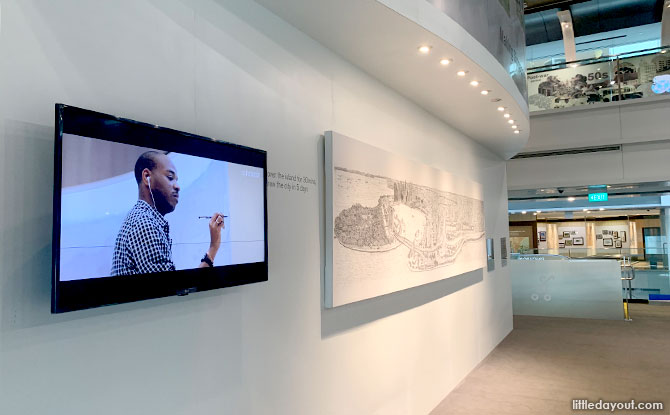 Pause for a moment to take in is the drawing of Singapore’s skyline, done by British architectural artist Stephen Wiltshire, who is an autistic savant, in 2014. It is jaw-dropping to see the level of detail he managed to draw from memory over five days. 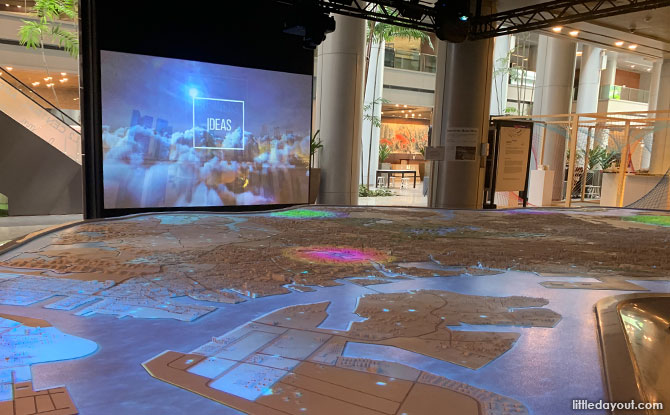 We ended off our visit to the Singapore City Gallery on level one where there were temporary exhibits and a map of the entire Singapore.

By this time, we had gained a new appreciation for the immense effort and planning required to create a city that truly works. 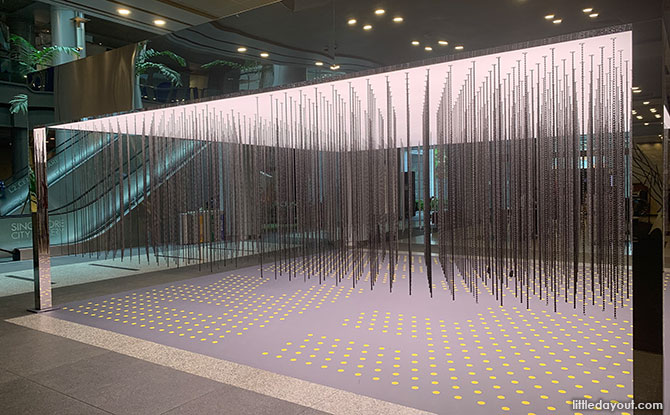 From 1 to 30 September 2022, the Singapore City Gallery will be open till 9 pm in conjunction with ArchiFest. 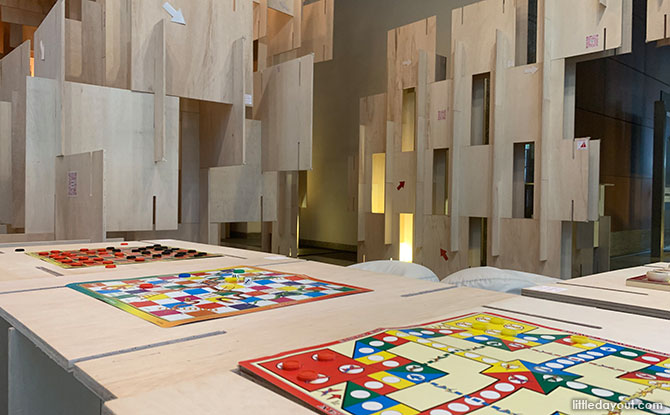 There are also exhibits on the ground floor being shown as part of ArchiFest 2022.