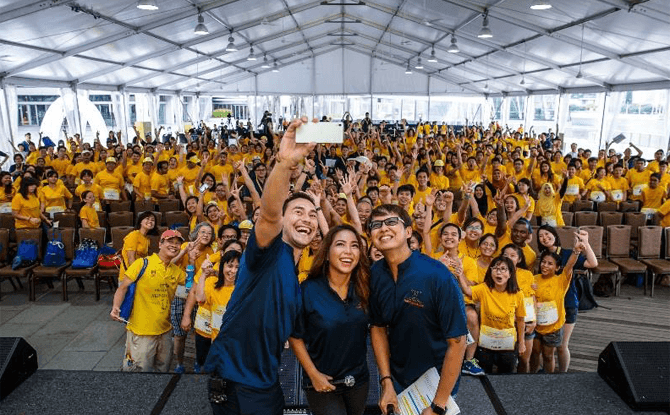 From 8th to 10th September, Sands for Singapore Charity Festival 2017 will be returning at Marina Bay Sands. Hosting a series of exciting and meaningful games, Marina Bay Sands hopes to champion the spirit of giving in a festival that furthers the worthy cause of raising funds for local charities.

At Sands for Singapore Charity Festival 2017, Play It Forward returns yet again. The game will take players around Marina Bay Sands to complete intellectual and creative challenges to win cash prizes for charity.

This year, there is an added junior version specifically for 7 to 12 year olds. Children will get to play simple games and fight to beat the clock and emerge as winners.

As in previous years, Play It Forward pits teams against one another as they compete for up to $120,000 in cash prizes for their chosen charities whilst playing the various games.

Registration for Play It Forward is open from 5 July til 18 August.

Chill Out as the Sun Comes Down

If lying back and relaxing is more of your thing, look out for the Sundown Picnic – a first for Sands for Singapore Charity Festival. Held during the evenings of 8, 9 and 10 September, the picnic promises to entertain, indulge and excite!

There will be live music performances from local artists Too Much Drama and The Summer State, mouth-watering food offerings from MBS’s dining establishments and celebrity chef restaurants and the showcasing of ‘Spectra’, a brand new light and water show that seeks to amaze onlookers with an amazing spectacle of colours.

As a bonus for Chinese Orchestra lovers, The Sichuan Orchestra of China will be having a special performance during the picnic on the 10th, adding on to their fundraising concert held on the 8th.

For those seeking something more physical, keep an eye out for the next two activities!

Get Moving for Charity

Community Chest Heartstrings Walk 2017 is a 4km Fun Walk around the Marina Bay waterfront circuit that aims to bring the community together and raise awareness for the marginalized and underprivileged.

On the opposite end of the intensity scale is the Race To Sky Vertical Marathon. Featuring 57 levels of heart-racing stair climbing, sign up in a team of four to test your physical limits and be rewarded with a picturesque view of the Singapore cityscape upon completion. 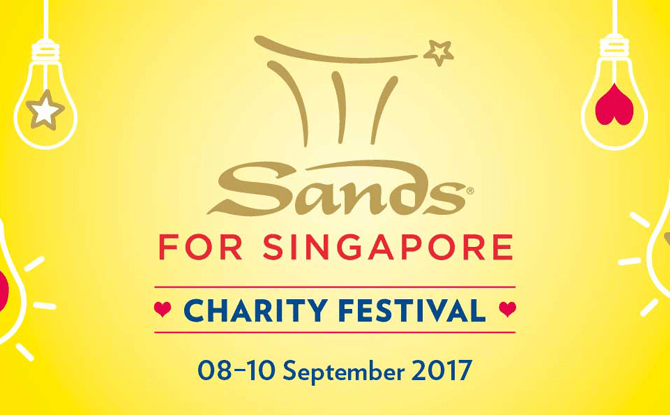 In addition, all ticket proceeds collection from the ArtScience Museum, Sands SkyPark Observation Deck and the Sampan Ride at The Shoppes at Marina Bay Sands from 8 to10 September will be donated to local charities.

To find out more about Sands for Singapore Charity Festival 2017, visit it website here.