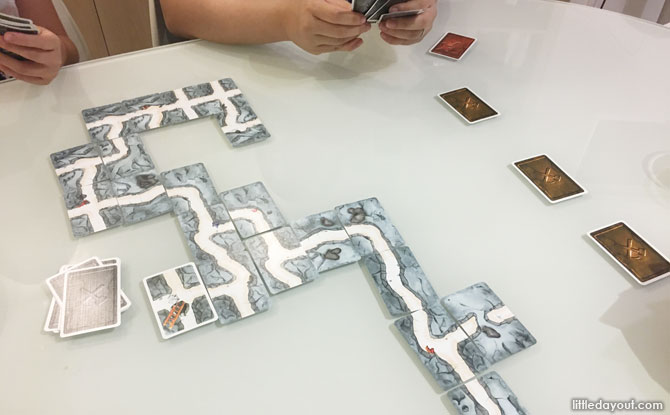 Gold, deception and betrayal. Does that sound like the plot of an action-adventure movie to you? Well, it isn’t. Instead, it what you can expect in a card game – Saboteur.

In the Saboteur card game, you and your merry band of dwarves are out to mine for gold. After climbing down the ladder, you and your fellow gold-seekers have to tunnel together towards one of three possible spots where gold is hidden. If the team reaches the gold, the bounty will be shared amongst the intrepid miners.

Seems simple enough, right? But there is a catch.

Not everyone is on the same team. There is a saboteur amongst you – but you don’t know who. The saboteur is out to thwart the team’s efforts and ensure that the gold is never reached.

Saboteur the tabletop card game is both easy to play and fun. 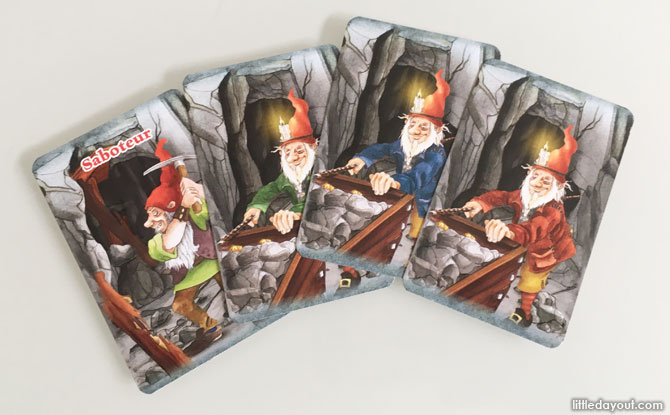 At the start, each player receives an identity card. This lets the player know his or her role in the game – hardworking dwarf or scheming saboteur. Each player keeps his or her identity secret.

Next the game is set up. Along with a tunnel entrance card, there are three possible Goal Card where the gold could be hidden. Under two of the cards is a lump of coal and under third card is the gold. However, which card has the gold is unknown to the team at the start of the game and the team has to collectively decide on which location to tunnel towards. 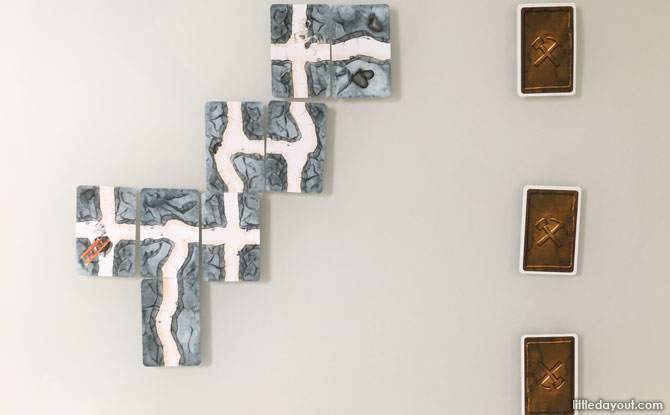 Game play involves each team member laying down a tunnel card in turn to create a pathway from the tunnel entrance to the possible gold locations. Arrive at the correct location before running out of cards and each member will reap the spoils of the expedition.

The saboteur’s job is to prevent the team from reaching the gold pay-off. This can be by mis-direction or even tunnelling in the wrong direction to throw off the team. 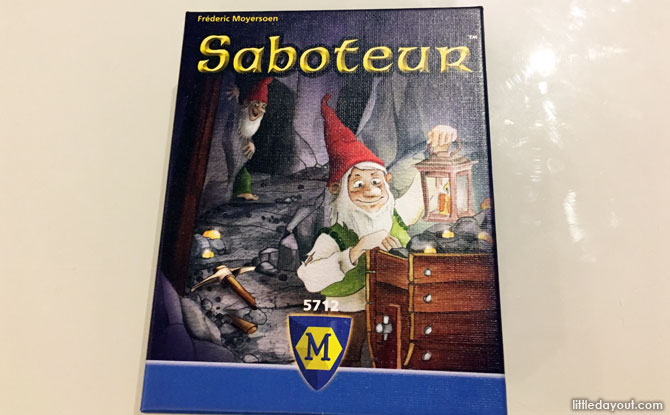 Saboteur is a fun game to play with family and friends because it is semi-cooperative and involves a twist as well. You may be surprised that the most meek members of the team may wind up being the most scheming and devious saboteurs. When we play the game, it always ends up being raucous affair as we try to figure who the saboteur (or saboteurs) is/are.

The Saboteur card game is great fun for parties and can accommodate up to 10 players at a time. Recommended age is 8+.