Every child dreams of their toys coming alive at night. In Starlight Express, now playing in Singapore for the first time at the MasterCard Theatres at Marina Bay Sands till 24 November 2013, this is exactly what happens.

This fantastical musical has toy trains, played by actors on roller skates, come alive and race around the bedroom. Close to 30 years after opening in London’s West End, this Andrew Lloyd Webber musical is still a dazzler and easily keeps the audience entranced.

Starlight Express follows the adventures of Rusty, a steam train, who is out to win the heart of Pearl, the First-class Wagon. His rivals include the over-the-top Electra, a brand-new electric train, and Greaseball, a Bruce Springsteen look-alike diesel engine.

The Race is On!

Rusty (played by Kristofer Harding) intends to enter a race that includes contenders from around the world. However, he needs a carriage to race with and Pearl (played by Leanne Garretty) is his first choice. Unfortunately, Pearl decides to partner with the new train, Electra (played by Mykal Rand who is also the production’s Associate Director and Choreographer). This leaves Rusty doubting himself until he is forced by circumstances to enter the race. By then it is game-on in the rivalry between steam, diesel and electricity!

At the 14 November show, all the actors turned in energetic performances which brought this rockin’-and-rollin’ musical to life. The evening’s stand-out performance came from Julian Cannonier who plays Poppa, an aging steam train, who inspires Rusty to look to the “Starlight Express” and find the strength to take on his diesel and electric rivals. Julian’s larger-than-life and humorous portrayal of Poppa connected with and charmed the audience. 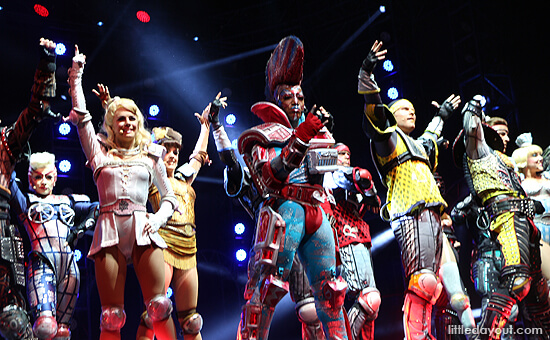 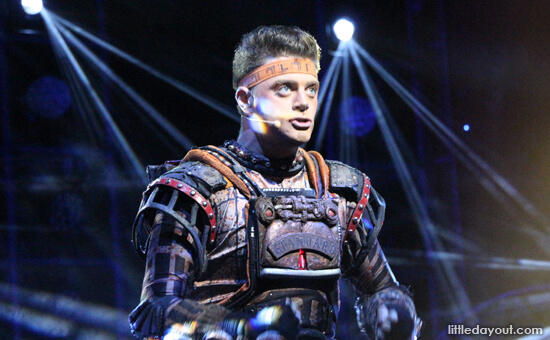 A unique aspect of Starlight Express is how it constantly updates itself. Since 1984, when it first premiered in London, technology has advanced by leaps and bounds. Ironically, for a show that pits tradition (i.e. steam engines) against advancement (electric and diesel trains), the show has wholeheartedly embraced technology.

The Singapore version of Starlight Express incorporates a massive video wall and interweaves 3D film footage with the live action on stage. The video wall blended seamlessly into the scenes, adding to the pace of the story and sense of motion. On the other hand, the 3D footage did feel like a step out of the overall theatre experience but it was a hit with younger audiences with an eight-year-old we interviewed afterwards saying that it was his favourite part of the show.

Thankfully, all this technology did not distract from the magic of the show, which was in its music and storylines, with the cast zipping around the beautifully-lit stage effortlessly in bedazzling costumes. Their high-energy performance kept the audience enraptured and entertained. 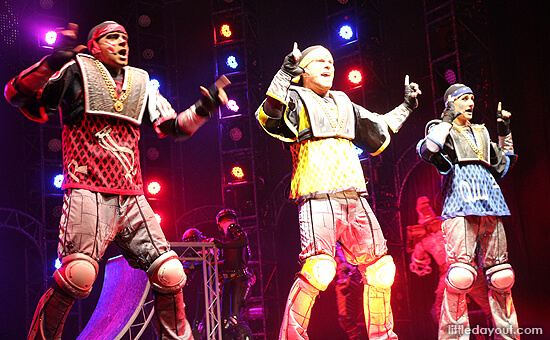 At its heart, Starlight Express is a Cinderella-story. The show brings across the sense that the underdog can have his day and conveys the hopefulness that dreams can come true. With sparkling sets, beautiful songs, and even stunt skaters, it is amazing musical theatre that the entire family can enjoy.