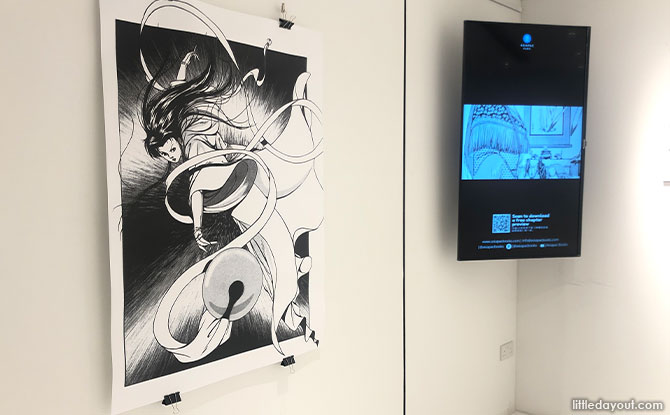 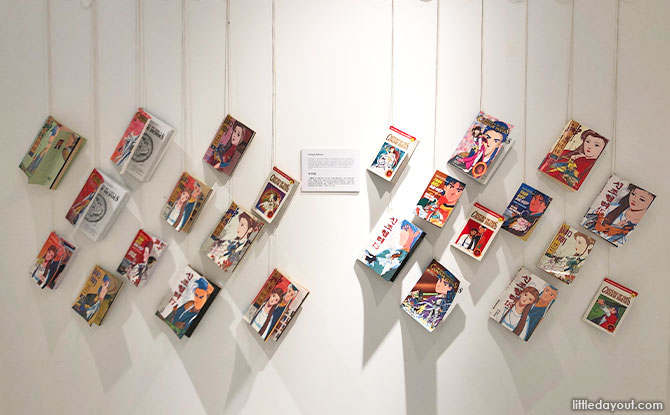 For those unfamiliar with the series, the comic book series based on Louis Cha’s martial arts novel, tells of the love story between Yang Guo and his beautiful master Dragon Girl during the turmoil of the Song Dynasty.

Artworks and Displays at The Reunion: Timeless Love and Art in Return of the Condor Heroes 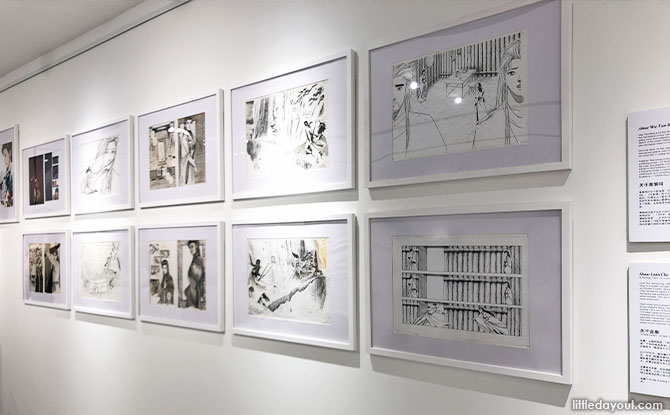 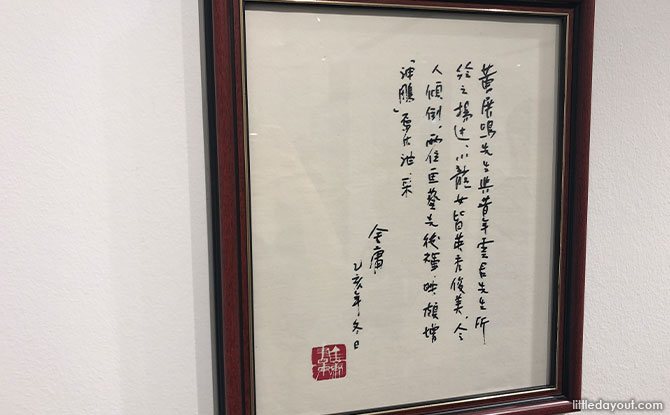 These artworks will also be accompanied by extremely precious calligraphy pieces by the late author Louis Cha, or better known as Jin Yong, and the title calligraphy by notable Chinese calligrapher and poet, Pan Shou. 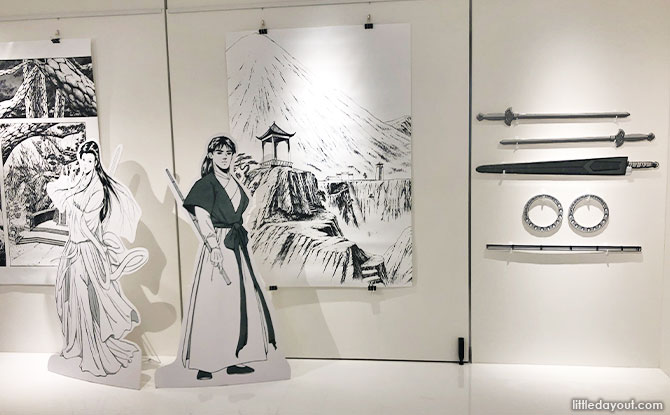 Visitors can also further immerse themselves in the story world through interactive installations such as photo booths with comic backdrops. There are movable props such as life-sized paper replicas of the weapons featured in the series that visitors can pose with. 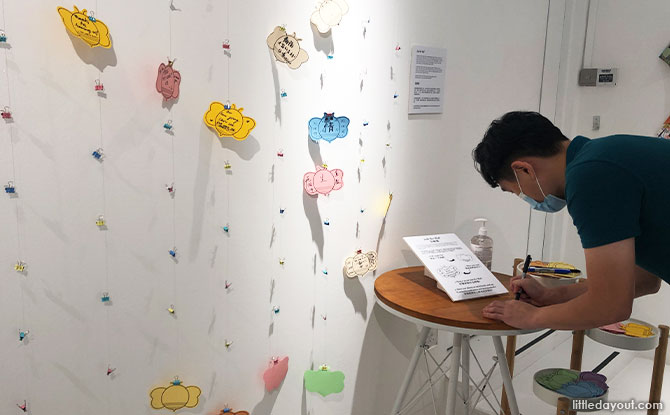 There is also a fun activity that replicates a scene in the series. In the moving love story, the Dragon girl communicated with Yang Guo through the unique method of tattooing messages on the wings of Jade Bees, allowing them to unite after sixteen years. Visitors are invited to write their own love messages on the wings of little bees and display them as part of the exhibit.

Workshops and events for Return of the Condor Heroes fans

Lastly, fans can sign up for weekly small-group activities such as bookbinding workshops and tea ceremony demonstrations. Here, they can experience the story set in the Song Dynasty, first-hand.

Fans can also join the weekly book club discussions and participate in meaningful discussions on Return of the Condor Heroes. Registration for these events can be done at the site here.

Where to see The Reunion: Timeless Love and Art in Return of the Condor Heroes exhibition 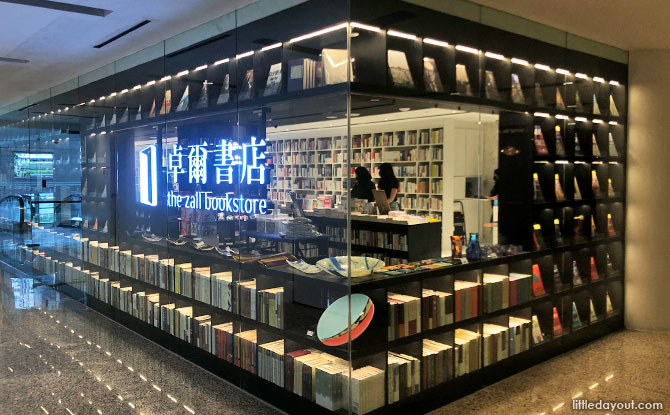 Reunion: Timeless Love and Art in Return of the Condor Heroes opens to the public on 25 September 2021 at the second level of 卓爾书店 the zall bookstore, 501 Orchard Road, Wheelock Place, and will run until 17 October 2021.

SAM At Tanjong Pagar Distripark: Art In An Industrial Void