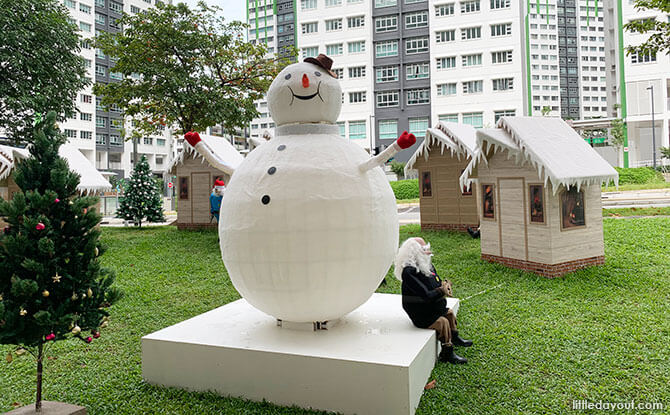 Dubbed Rainbow Christmas Town, it is the creation of Mr Tan Koon Tat, a resident of Woodlands and carpenter, who builds and funds the decorative scene on his own. He has also put up decorations during other festive periods including Deepavali, Hari Raya Aidilfitri and Chinese New Year. 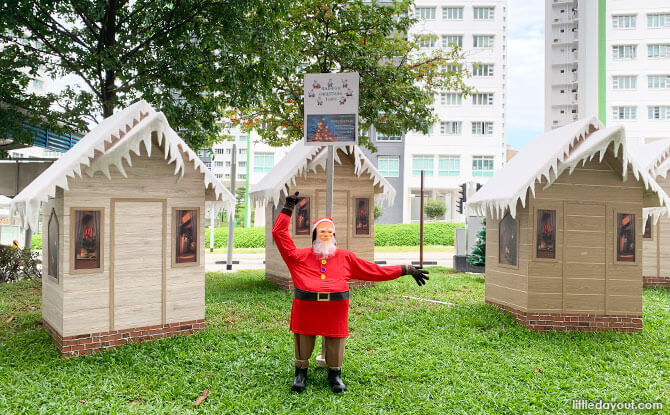 This year’s Christmas decorations feature seven huts, which make up the village. The concept for the village was originally based on the classic fairytale of Snow White and the Seven Dwarfs.

At the centre of village is a rotund snowman, complete with carrot nose and coal eyes and buttons. 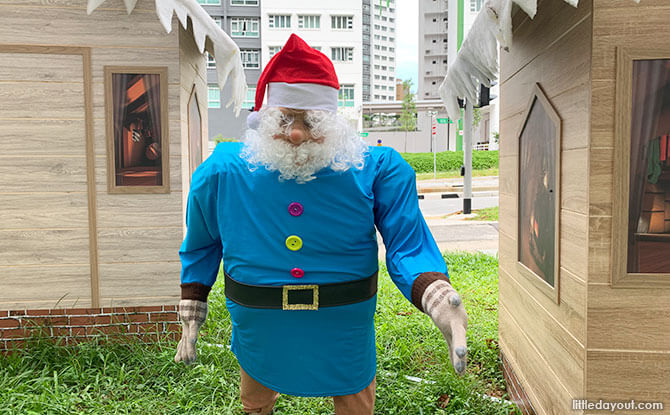 Around the village are the inhabitants of the village, dressed up with festive Santa hats and gloves. 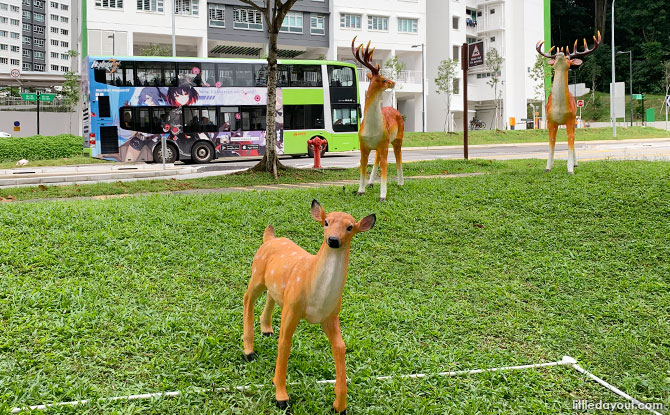 Grazing in two separate herds nearby, one by the huts and another by the open-air car park, are reindeer. 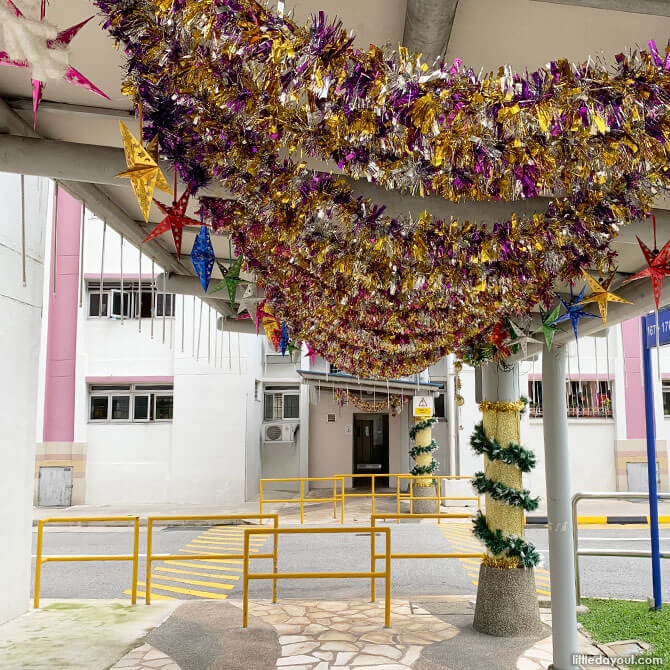 The walkway is also decorated with festive lights.

According to reports, Mr Tan is also planning to turn on his snow machine on Christmas Eve and Christmas Day for children to enjoy the “snow”. 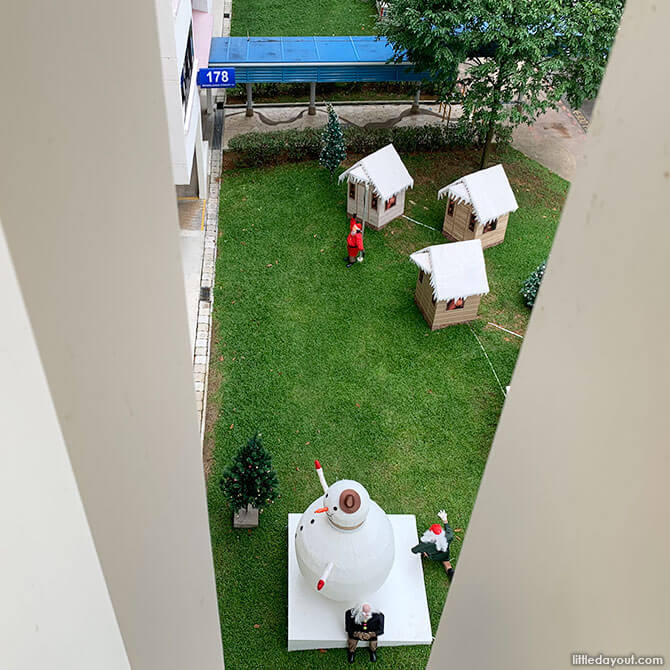 The Christmas decorations were set up with the permission of the Marsiling-Yew Tee Town Council.

READ: Things to do for Christmas in Singapore.