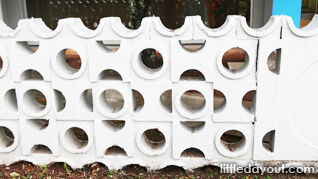 Queenstown estate was named in honour of Britain’s monarch in 1953. More than 60 years later, this mature estate continues to reign supreme in the hearts of its longtime residents.

My Queenstown Heritage Trail, a monthly walking tour organised by the civic group My Community, showcases the rich heritage of Singapore’s first satellite estate and its historic landmarks. It incorporates the chance for participants to meet with longtime residents and to hear firsthand accounts of Queenstown’s colourful past.

A media preview held on 27 July 2014 provided a chance to take a walk into the history of Singapore’s first satellite estate.

Starting from Queenstown MRT Station, the trail led off towards Queenstown Library. En route was an empty plot of land. Once, this was the bustling hub of Queenstown. Three cinemas, a Chinese emporium, an 18-lane bowling centre and hawker centre graced the site, alongside a central fountain where courting couples would sit beside to enjoy each other’s company.

Today, what remains are two cinema buildings where the soundtracks of Cantonese movies and gongfu shows have been replaced by the sound of sermons from the pulpits of the churches that took over the premises in the 1980s.

Also preserved is the two-storey wet market building, which until recently housed a chicken rice restaurant. As the last remaining wet market built by the Singapore Improvement Trust (SIT), the predecessor of the Housing & Development Board, it has also been gazetted for preservation.

When it was still a functioning wet market, live chickens used to be slaughtered on the ground floor. The airy, curved roof on the second floor was designed to maximise ventilation. Initially, its design drew the ire of some residents for its resemblance to a Chinese coffin. 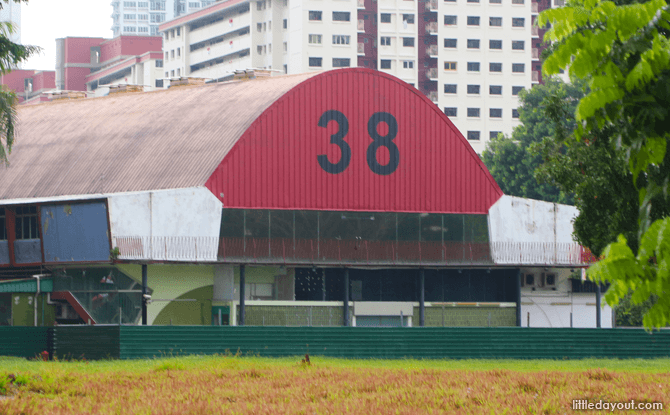 The last remaining wet market built by the Singapore Improvement Trust (predecessor to the Housing & Development Board).

The latticed brickwork of the library is a reminder of its days as a non-air-conditioned building. Thankfully, it remains a favourite spot to retreat with a book today. 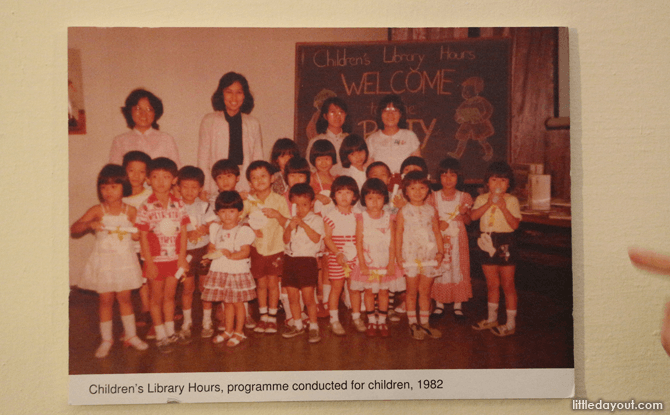 On the other side of the MRT tracks is the Stirling Road neighbourhood. Many would be familiar with its unique terrace houses, built by the SIT in the late 1950s, facing Commonwealth Avenue. What is less well known is the significance of the adjacent Blocks 45, 48 and 49. Back in the 1960s, these were the first blocks to be constructed by the Housing & Development Board and represented Singapore’s shift from low-density public housing towards high-rise living. 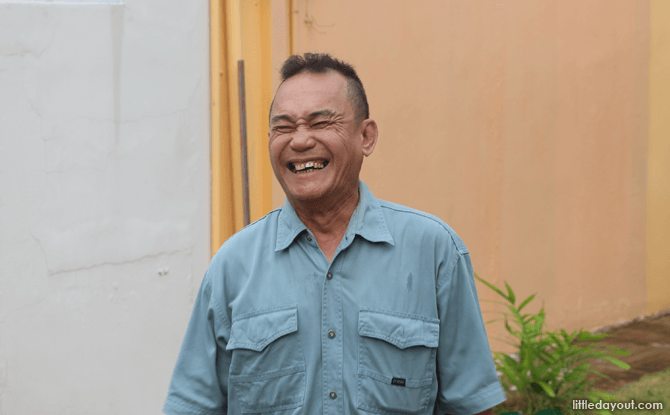 From here, the Queenstown Heritage Trail headed across the major Queensway Road to the soon-to-disappear neighbourhood of Tanglin Halt. Slated for en bloc redevelopment, back in the 1960s, the housing blocks were the newest and most modern to be found. Its ten-storey blocks were considered dizzyingly high and enough to make the knees of residents such as Alice Lee, 66, wobble. Colloquially known as Chap Lau (or ten-storeys in Hokkien), it was a towering symbol of modernity in 1960s Singapore where many still lived in rural kampongs. 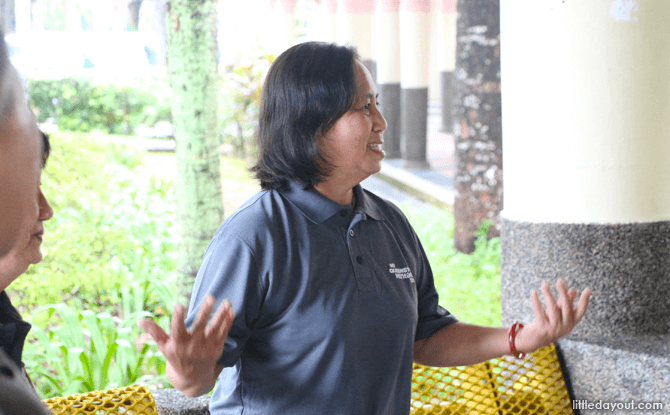 Alice Lee, a resident at Tanglin Halt, shared about the community spirit among longtime neighbours.

Here, another Queenstown landmark will be preserved – Church of the Blessed Sacrament. Completed in 1965, its blue roof was designed to mimic the folds of a tent. It used to house a miniature zoo that included animals such as monkeys, goats and dogs. The animals have since been shifted out. 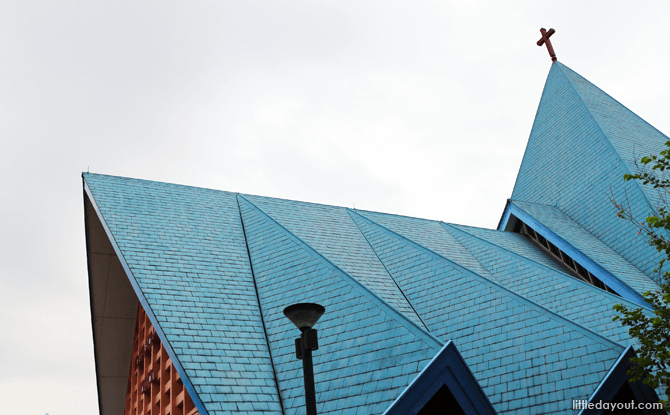 Tent-like roof of the Church of the Blessed Sacrament.

Next to the church is the Sri Muneeswaran Temple. The building traces its origins back to the shrines built by Malayan Railway workers constructing the train tracks that used to run behind Tanglin Halt. In fact, it is the railway that is responsible for the origins of Tanglin Halt’s name as trains used to stop or “halt” at the neighbourhood. 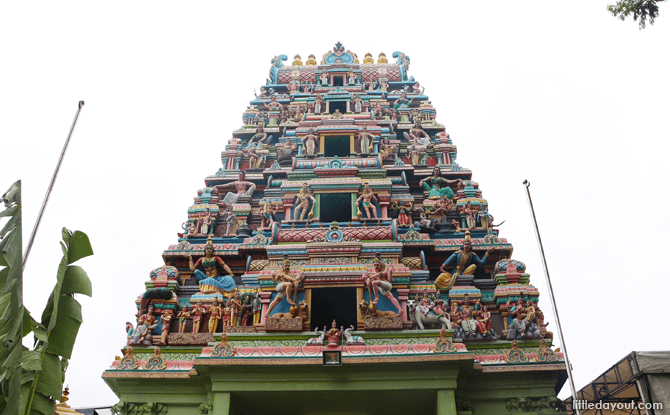 Meandering through the SIT and early HDB flats, the Queenstown Heritage Trail ended at the Tanglin Halt market. Traditional Chinese medicine shops and lelong (cheap goods) shops provided a throwback to the 1960s. The Tanglin Halt Food Centre was also a welcomed oasis at the end of the two-hour trail around the Queen of Estates, an important part of Singapore’s history and heritage.

My Queenstown Heritage Trail is a guided tour that takes place on the last Sunday of every month. It is open to the public and free-of-charge. The two-hour walking tour starts off from Queenstown MRT and ends close to Commonwealth MRT.