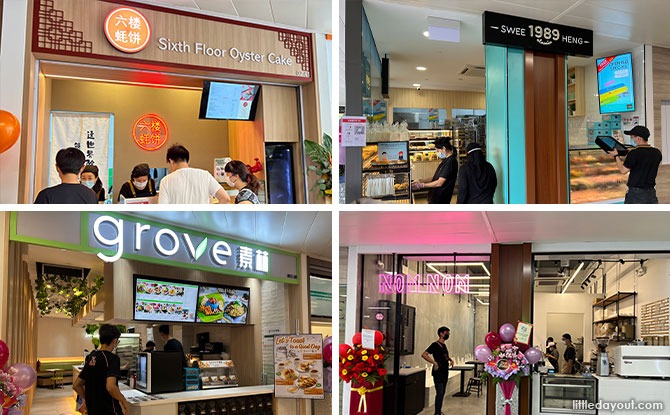 Located at Punggol, Northshore Plaza is the latest hotspot to be at for good eats and sweet treats. Since it’s opening on 29 October 2021, residents around the area can now look forward to an array of food options as well as various shops to be at. 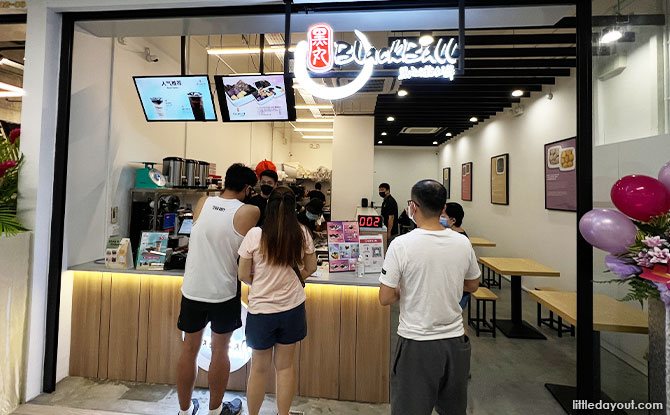 Blackball sells various desserts and drinks, most of which are grass jelly based. Their dessert series offers shaved ice with toppings such as pearls, pudding, sweet potato balls and more. They also have drinks such as Aiyu Jelly Honey Drinks and Taro Milk Tea. 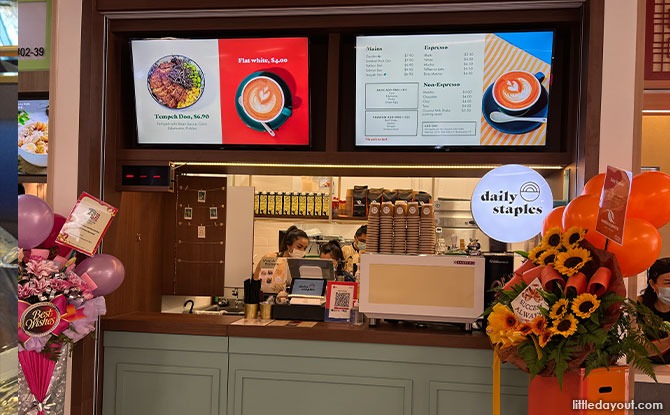 This store sells Japanese donburi style rice bowls and drinks such as coffee and teas. Some items on their menu include a Gyudon, Salmon Don and Yakitori Don. There is a meatless option of a Tempeh don which comes with bean sauce, corn, edamame and pickles. 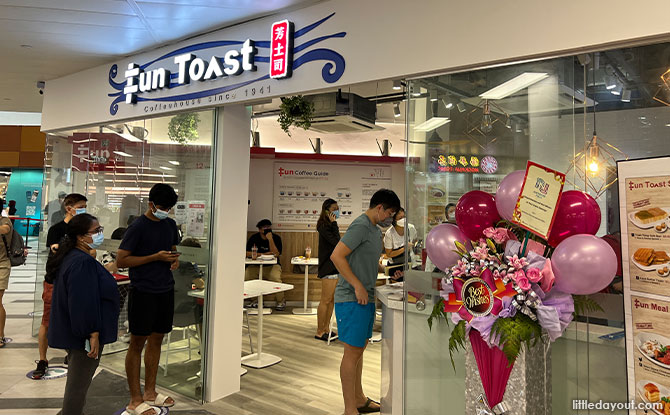 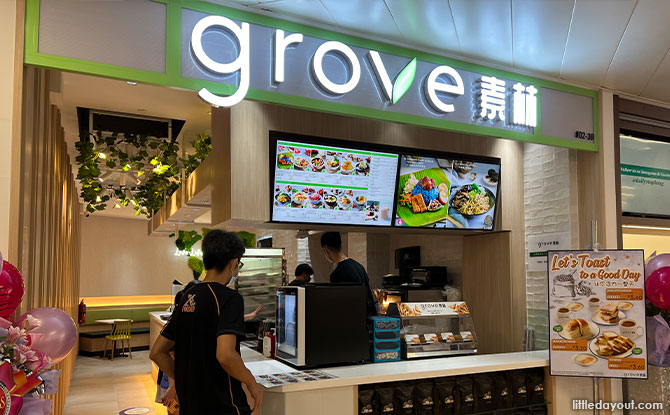 Grove Café serves meat-free Japanese and Western cuisine. This is their fourth outlet with their other outlets being located in SingPost Centre, SMU and Canberra Plaza. Some signature must-try dishes include their Truffle La Mian, Chwee Kueh and Rendang Curry with Blue Pea Nasi Lemak.

A familiar hot pot spot to many, the Northshore Plaza Hai Di Lao outlet is expected to open in the first quarter of 2022. It is located on the ground level and is one of the first few stores to welcome visitors into the plaza. 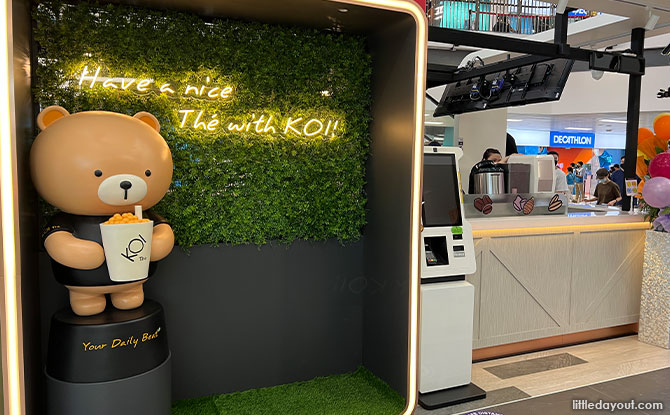 As many would know, Koi sells Artisan teas, bubble teas, milk teas and macchiatos. This outlet has a cute photo spot with its bear mascot. 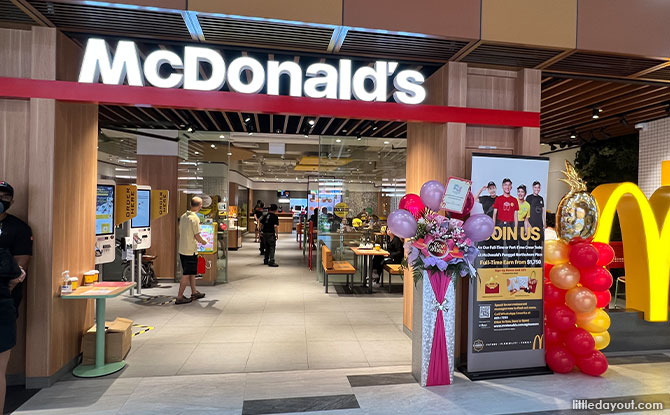 A brand that needs no introduction, the décor is similar to the one at Canberra Plaza with colourful shapes and designs along with wooden tables. There are self-ordering kiosks in the restaurant and both air-conditioned and “outdoor” seatings. 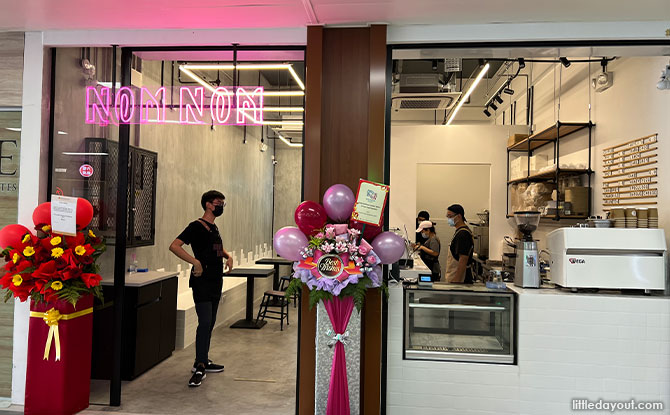 Nom Nom is a relaxed and casual cafe concept, serving Korean Mexican burritos, rice and salad bowls, and speciality tartlets. One of their signature dishes is a spicy pork belly bbap which is filled with flavourful and fresh ingredients.

Qi Ji has outlets all around the island. They are best known for their signature dishes of Popiah, Nasi Lemak, Laksa and Mee Siam. Their popiah is mostly described as having crispy skin and piping hot and flavourful fillings. 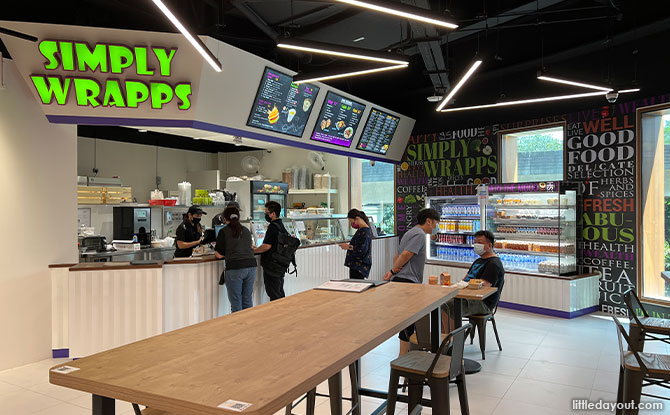 Located inside Decathalon, this small Simply Wrapps kiosk offer salads, wraps and sandwiches. There is a small sitting area for customers to enjoy the food in the store. 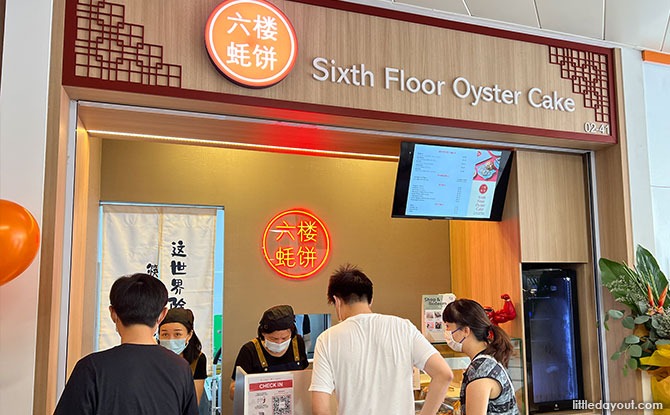 Oyster cakes are UFO-shaped dough pastries that are Made fresh upon order. It has a crispy exterior and is often filled with oysters, pork, shrimps and chives. For an extra crunch, it may also be sprinkled with some roasted peanuts. Sixth Floor Oyster Cake also serves dishes such as porridge and bites like nuggets and sweet potato balls.

Staple a casual dining restaurant that serves Asian fusion cuisine and local signature dishes. They are the sister brand of, Qi Ji. As a way to redefine favourites, some items that are offered in Staple include Seafood in Coconut, Otah Balls, Curry “poutine” and Eggplant Pratza. 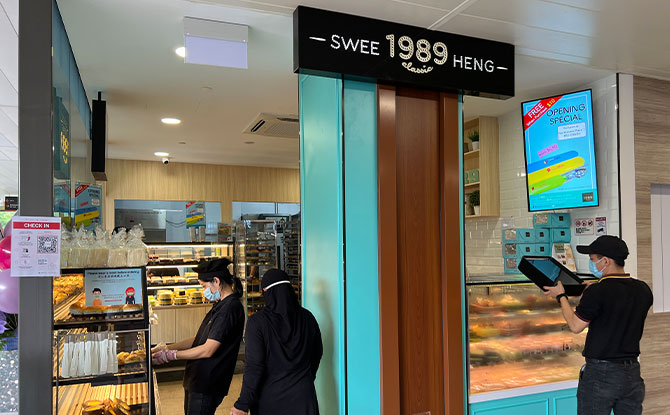 Swee Heng 1989 Classic sells freshly made cakes and bread. Some cakes that they sell include a classic mango, tiramisu, salted caramel, and walnut carrot cake. You can also find coffee bread, ham and cheese bread as well as chocolate buns.

Those looking for a place to get some coffee can do so at Coffee Bean & Tea Leaf. Other than their various coffee drinks that are served cold and hot, there are also tea, cakes, sandwiches, pasta, pastries and salads.

There are many other restaurants at Northshore Plaza II. Here is a list of stores.

See the various stores and services that are available at Northshore Plaza here.