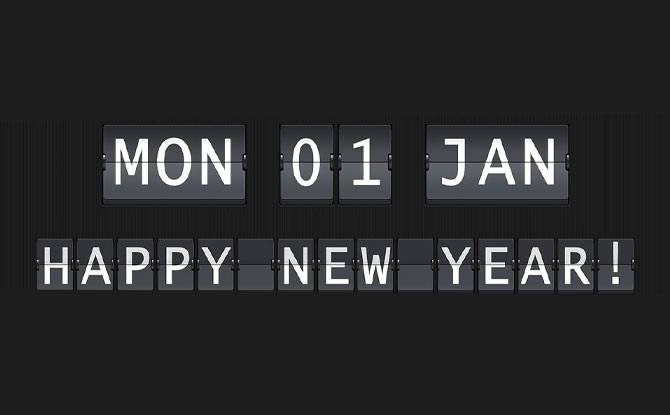 Ring in the New Year with some jokes to help kick off the fun of the new beginning of the year. Regardless of your new years plans, we could all use a little bit of a laugh to start this year with. Here are some New year’s day jokes and some New year’s eve jokes that the crew is sure to love.

Funny New Year’s Jokes To Ring In The Year 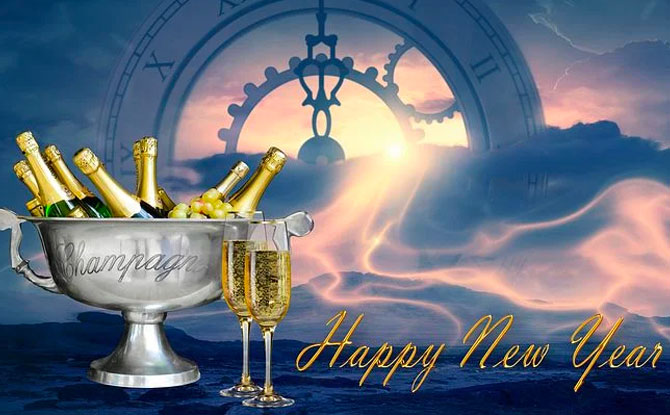 1. Where can you find comedians on New Year’s Eve?
Waiting for the punch line.

3. What do New Year’s Day parades have in common with Santa Claus?
No one is awake to see either of them.

4. What happened to the man who shoplifted a calendar on new years eve?
He got 12 months!

5. Where can you go to practice math on New Year’s Eve?
Times Square.

6. What is a New Year’s resolution?
Something that goes in one year and out the other.

7. What’s the worst part of jogging on New Year’s Eve?
The ice falling out of your drink!

8. What did the little champagne bottle call his father?
Pop!

9. What do you tell someone you didn’t see on New Year’s Eve?
I haven’t seen you since last year!

11. Why do you need a jeweller on New Year’s Eve?
To ring in the New Year.

12. Why should you put your new calendar in the freezer?
To start off the New Year in a cool way.

13. What do farmers give their wives at midnight on New Year’s Eve?
Hogs and kisses.

16. What do snowmen like to do on New Year’s Eve?
Chill out.

19. Did you hear about the guy who started fixing breakfast at midnight on Dec. 31?
He wanted to make a New Year’s toast!

22. What do you tell someone you didn’t see on New Year’s Eve?
I haven’t seen you for a year.

24. Why is partying in Times Square overrated?
Because they drop the ball every year.

25. What kind of toilets do French people use on January 1st? New Year’s Bidet.

26. What food should you avoid on New Year’s?
Firecrackers.

27. What new year’s resolution should a basketball player never make? To travel more.

28. What do you call someone who says they know all the words to “Auld Lang Syne?”
A liar.

29. Why should you stand on just your left foot during the New Year’s Eve countdown?
So you start the New Year on the right foot.

31. Why did the man sprinkle sugar on his pillow on New Year’s Eve?
He wanted to start the year with sweet dreams.

32. Why are there so many vampires out on New Year’s Eve?
For Old Fangs Time.

33. My favourite thing to say on New Year’s Day is that I can remember last year like it was yesterday.

34. Why do birds fly south for New Year’s Eve?
Because it’s too far to walk.

A new year is not the only one knocking this year, these fun knock-knock New Year’s jokes are a fun way to start a light-hearted conversation with family and friends for a quick laugh.

37. Knock knock!
Who’s there?
Cheese.
Cheese who?
For cheese a jolly good fellow.

39. Knock knock! Who’s there?
Razor.
Razor who?
Razor glass and toast to a happy new year.

40. Knock, knock!
Who’s there?
Howie.
Howie who?
Howie going to stay up until midnight, you look tired already. 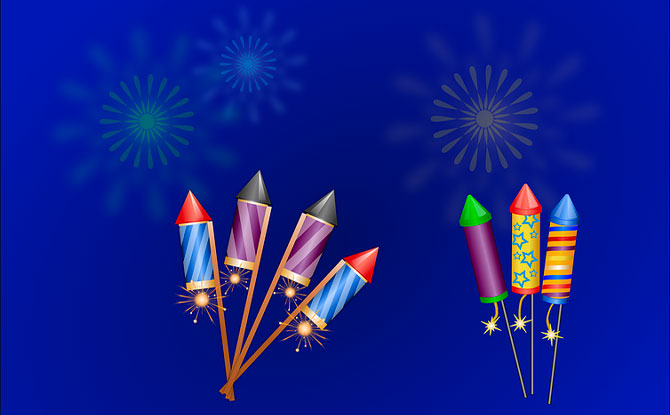 Need some quick and funny jokes to break the silence while waiting for the countdown? Here are some funny short puns and jokes that you can tell just about anyone, anywhere, before the countdown reaches zero!

42. I’m not buying this year’s calendar until I see the trailer.

43. Dracula passed out at midnight on New Year’s Eve; there was a countdown.

44. This New Year’s, I resolve to be less awesome since that is the only thing I do in excess.

45. My wife still hasn’t told me what my New Year’s resolutions are.

47. The only “homework” you want your dog to chew up is your list of New Year’s resolutions.

48. An iPhone and a firework were arrested on New Year’s Eve. One was charged and the other was let off.

49. A man who had too much to drink decides to walk home on New Year’s Eve. A policeman stopped the man and asked where he was going. “I’m on my way to a lecture,” the man replied. The cop scoffed, “Who gives lectures on New Year’s Eve?” The man answered: “My wife.”

50. My resolution was to read more, so I put the subtitles on my TV.

51. My New Year’s resolution is to see my cup half-full, preferably with rum

53. This New Year’s, I resolved to lead a better life. Now all I have to do is find someone who will trade lives with me.

54. This New Year’s, I’m going to make a resolution I can keep: no dieting all year long.

56. I was going to quit all my bad habits for the New Year, but then I remembered that nobody likes a quitter.

57. Ever since 2017, my New Year’s resolution has been to work on my novel.
Four years going and I’ve almost finished reading it!

58. My New Year revolution is to never use autocorrect again.

60. On New Year’s Eve, a man arrives at a fancy dress party painted in green and completely naked
“I’m a turtle” he says

61. Some astronauts wanted to have a New Year’s party on the moon
But they didn’t planet in time

62. My internet went out for a few minutes on New Year’s. Met my family downstairs. They seem like nice people.

63. My new year’s resolution is to stay out of shape
Maybe I won’t stick with this one either.

64. I always skip the gym the first week of the new year
I can’t deal with the crowds. I also skip weeks 2 – 52 of the new year but still looking for an excuse for those.

65. I’m going to stay up on New Year’s Eve this year…not to see the New Year in, but to ensure this one leaves.

66. My new year’s resolution is to get down to the weight I was before the accident.
….and to stop calling it “the accident” when I eat too many snacks.

67. My New Year’s resolution is to stop procrastinating.
But I’ll wait until tomorrow to start.

68. A guy walks into a bar and orders a beer. “How’s the new year’s resolution coming?” the bartender asks. “Great, I went to the gym today and I already lost 10 pounds,” the guy replies. “Seriously, I have no idea where I misplaced those weights.”

69. A friendly reminder that gyms get really busy around the new year as people make their resolutions
So it’s best to wait for it to die down, usually around January 2nd

70. Last year, I was able to keep all of my New Year’s resolutions
…tucked away in a journal on my bookshelf.

72. I gave up drinking for the new year
Sorry, that came out wrong.

I gave up. Drinking for the new year.

73. I tested positive for COVID-19 on New Year’s Day.
Guess you could say I started the year on a positive note.

74. My New Year’s Resolution is to stop being so condescending!
(Condescending means talking down to people)

75. My New Years’ resolution was to eat 1200 calories a day. I’ve been doing so great!
I’ve surpassed my goal every day so far!

76. My grandparents had resolutions like donating more time and money to charities. I’ve decided to make my own coffee once a week.

When she woke up, she told her husband, “I just dreamed that you gave me a diamond ring for a New Year’s present. What do you think it all means?”

He replied, “Aha, you’ll know tonight!” At midnight, her husband handed her a small gift-wrapped present. Excited, she opened it quickly, but was even more surprised: In it was a book titled “The Meaning of Dreams”.

78. I had a guy tell me Happy New Year but he said “see you in 2020.”
Either he had the year wrong, or he made a comment on his fantastic vision.

79. A drunk wakes up in jail on New Years’ Eve and asks the first police officer he sees, “Why am I here?” The cop replies, “For drinking.”
“Great!” slurs the man. “When do we start?”