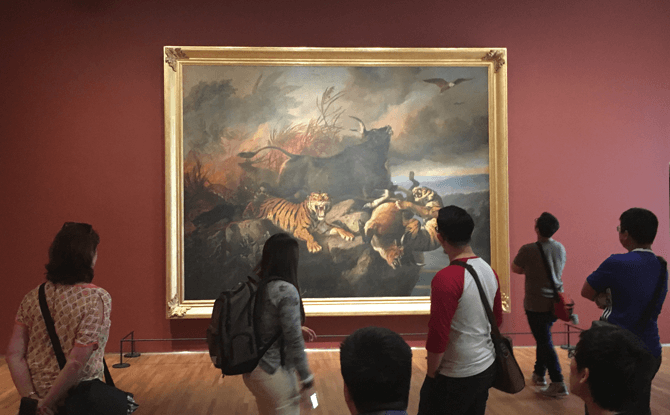 Artworks to See When Visiting National Gallery Singapore with Kids

What does it mean to be a Singaporean? How do you think our national identity came about? These are the questions you should ask your children when admiring this artwork by Chua Mia Tee. This oil on canvas painting depicts a group of young women and men gathered together to learn Malay, which was made the national language shortly after Singapore became partially self-governing in 1955. Having a national language helped Singaporeans not only communicate better but also helped to forge a common identity among individuals of different races. While Malay is no longer our national language today, discuss with your children how they communicate with their peers of different backgrounds and why we are fortunate to grow up in a country where we can celebrate so many different cultures while all feeling like we are part of the same identity. 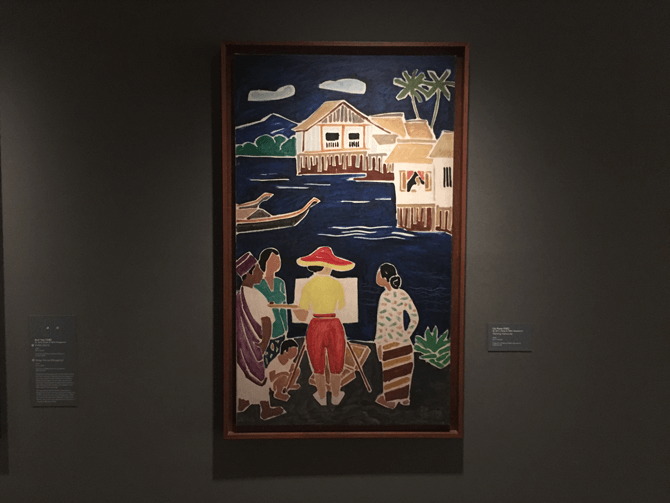 This oil-on-canvas artwork by acclaimed Singaporean artist Liu Kang has vivid colours and clear outlines around the figures and landscapes are similar to the patterns and style found in gorgeous Balinese batik. Just as the subject matter of the painting is that of a painter painting a place where people live, encourage your young budding artist to try sketching a similar scene of where you live and use the same techniques of bold colours over large areas and lack of detail.

Lotus in a Breeze by Georgette Chen, 1970 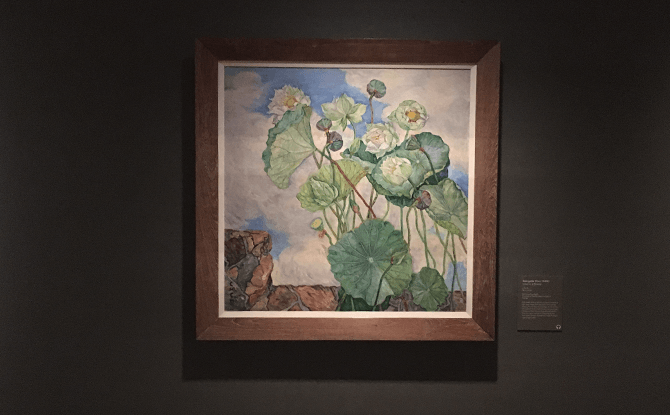 If there’s one local artist who can inspire your child to spend more time enjoying nature and the outdoors, it’s Georgette Chen. Chen, who had a particular fascination with painting lotuses, said this of her artwork process, “For ten days, the day began for me at 7 am and ended at 6 pm. Under my painting sun shade, I feasted on these delicate white and pink beauties.” Follow her footsteps and pack art supplies the next time your family goes out for a park outing, and spend time with your children drawing and painting what nature has to offer. The painting uses shading to bring across the sense of bright tropical sunlight and the direction it is shining from. Similarly, get your kids to pay attention to light and shade in their artwork.

España y Filipinas (Spain and the Philippines) by Juan Luna, 1884 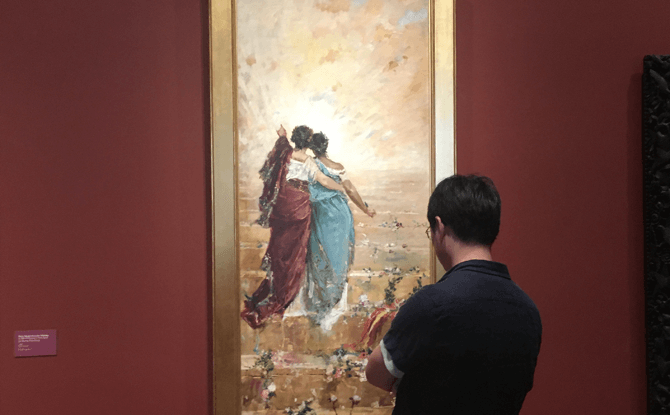 When exploring the beautiful pieces by artists from across our Southeast Asian region on a visit to National Gallery Singapore with kids, España y Filipinas is one not to be missed. With its gold flecks, stunning horizon and pretty flowers, this painting radiates angelic, peaceful feelings. España y Filipinas is actually an allegory of the colonial relationship between Spain and the Philippines, with Spain guiding the Philippines to a brighter future upstairs of progress. Ask your child if they had to draw a picture of themselves with a favourite toy, how would they draw it and what would it represent? 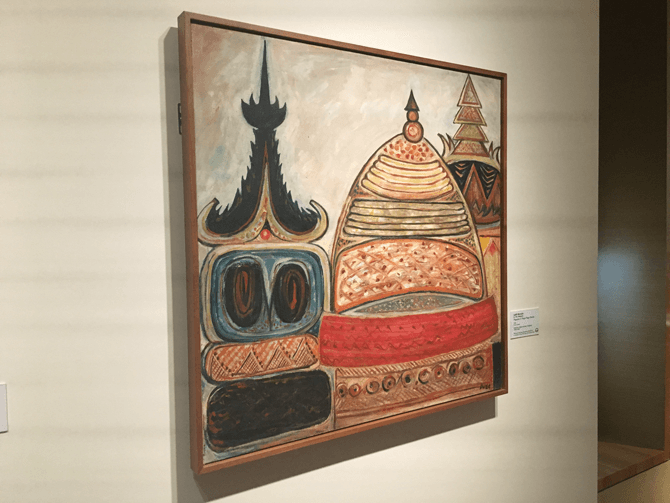 Pagodas II is an abstract oil on canvas representation of three temple structures, drawn in simplified forms so the artist Latiff Mohidin can pay special attention to the pagodas’ elaborate, decorative detail. Mohidin, who is also a notable poet, grew up in the countryside and was always interested in the natural environment, which he saw as a source of inspiration for his artwork and can serve as a great inspiration for your children’s future outdoor art projects too. Go out with your children with canvas and palette in hand, observe and paint some of Singapore’s buildings in similarly simplified forms.