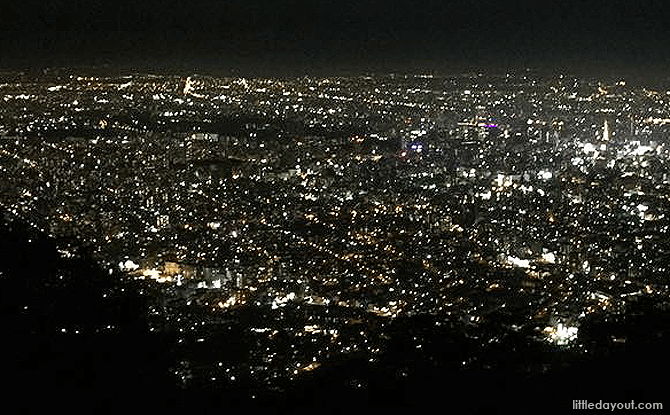 Standing south-west of Sapporo is Mount Moiwa, one of the must-do places to visit when in Hokkaido’s capital. From the mountain’s base, the Mount Moiwa Ropeway shuttles visitors to a midway station where you can go on to a summit observation deck and spectacular views of the city below.

Mount Moiwa towers over Sapporo at an elevation of 531 metres. Its slopes are covered by the Moiwa Primeval Forest, the first forest in Hokkaido, back in 1921, to be designated a natural monument and home to many species of Hokkaido’s wildlife.

The mountain is among the most famous sightseeing locations in Sapporo. It provides a sweeping view of the city below. This nightscape of Hokkaido was chosen as one of the top three nightscapes in Japan (the other two locations being Nagasaki and Kobe) in 2015.

Moiwa Ropeway Up the Mountain

Besides the Moiwa Ropeway, there is also a vehicular road and five hiking trails leading up Mount Moiwa. The shortest hiking trail is 2.4 km long but it should not be attempted alone. For the most part, visitors will want to hop on board the Moiwa Ropeway to ascend and descend the mountain. 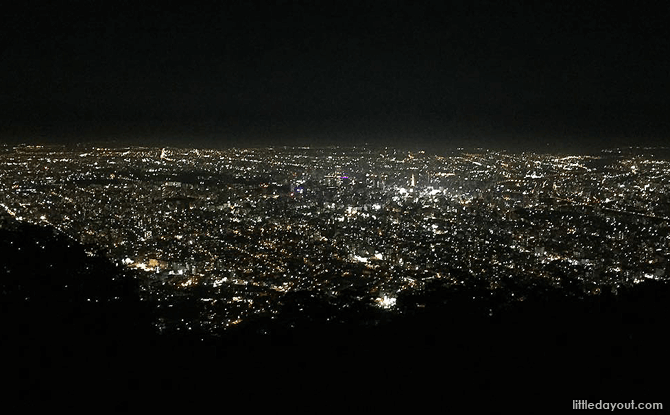 Once you arrive at the peak, head up to the rooftop observation deck and soak in the panoramic views that Mount Moiwa has to offer. 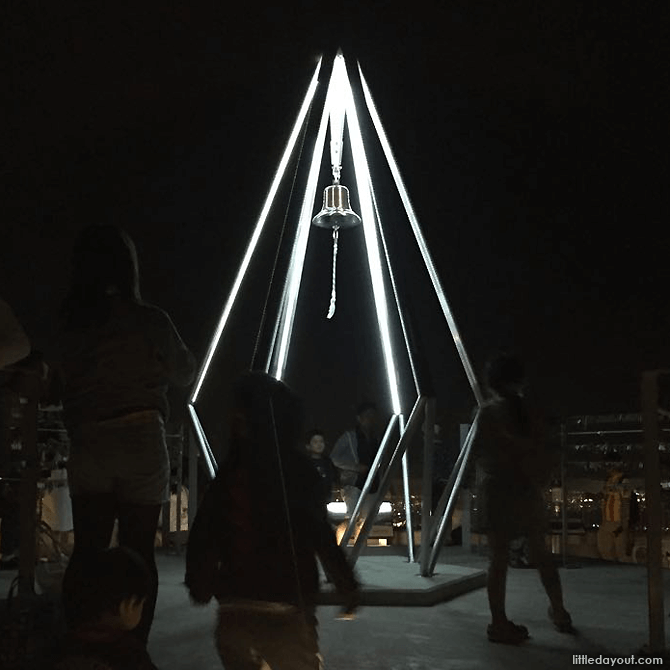 A rather kitsch but fun fixture at the observation deck is the Bell of Happiness, a ship’s bell that you can ring out.

Romantic couples can also lock in their love by attaching a padlock to the deck’s railings. Thoughtfully, padlocks can be bought from nearby shops. 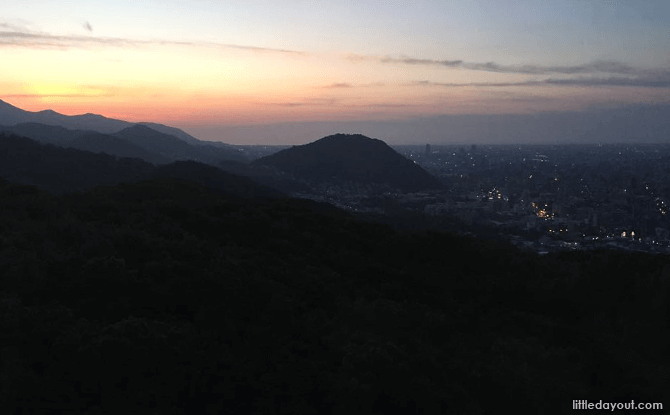 Dusk is a popular time for visitors to make their way up to Mount Moiwa and watch the city of Sapporo light up below as the sun sets. From Mount Moiwa’s high vantage point, you will be able to clearly see the grid-like layout of Sapporo’s city streets, illuminated by the bright street lights.

There is a formal dining restaurant, Jewels Restaurant, at the observation deck for those so inclined.

Take note that it can get quite cool at the top of Mount Moiwa, especially during winter time. It can also get crowded with the hordes of visitors trying to make their way to the top, but with such a marvellous vista from Mount Moiwa, it is easy to see why.