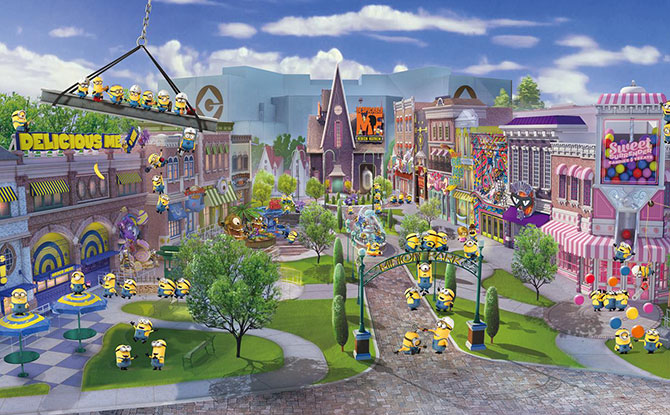 Visitors can expect 164,000 square metres of new non-gaming attractions to be rolled out in phases from 2020, and scheduled for completion by 2025.

So, what does the future hold for Universal Studios Singapore?

For one, Universal Studios Singapore will substantially increase in size, what with the addition of two of Universal’s biggest theme park franchises.

These two new, highly-themed environments are based on hugely popular entertainment concepts, one of which is Universal’s top kids franchise, the Minions.

We dug as deep as we could to share what you can look forward to at Universal Studios Singapore in the coming years!

Inspired by Illumination’s blockbuster franchise, Despicable Me, and the sweet but subversive Minions, comes Minion Park which will replace the existing Madagascar area in Universal Studios Singapore. 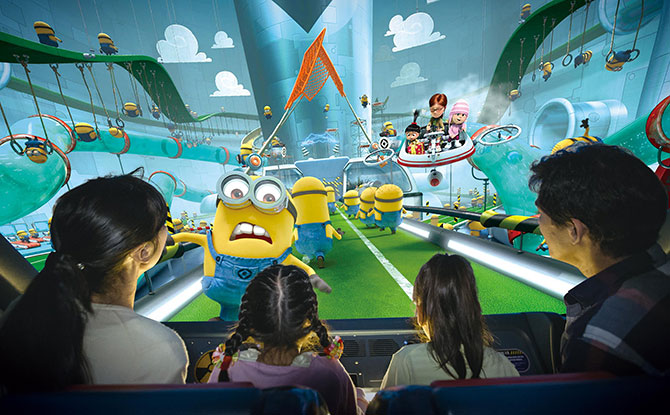 Join Gru, his daughters, and the mischievous Minions on an unpredictable 3D ride as you become a part of Gru’s latest scheme. When things don’t go as planned, you will be launched into an unforgettable journey through Gru’s super-villain laboratory!

Despicable Me Minion Mayhem promises to be a heartwarming and humorous ride for young and old.

Set to open first in Japan, Super Nintendo World is currently under construction for a debut by next summer at Universal Studios Japan in Osaka, in time for the Tokyo 2020 Olympics.

With this, Super Nintendo World will feature in every Universal Studios park across the globe.

Here at Universal Studios Singapore, visitors can expect to enter a world of excitement where you will feel as if you’re playing from inside your favourite Nintendo games.

Step into an exciting world of all things Nintendo, from attractions and rides, to retail and restaurants. If you’ve always been a fan of the likes of Super Mario and Luigi, you will not want to miss being a part of a larger-than-life Nintendo adventure, right here in the Lion City!

More details of Super Nintendo World’s attractions will be announced in time to come but based on construction photos emerging from Universal Studios Osaka, we could be seeing piranha plants, brick blocks, bright green turf, and maybe a Mario Kart ride in Universal Studios Singapore.

This history-making expansion and transformation of RWS is expected to create a new wave of tourism growth for Singapore in the next decade.

This redevelopment represents a vote of confidence in the little red dot as RWS embarks on the next exciting decade of its journey to unlock the full potential of the Sentosa waterfront.