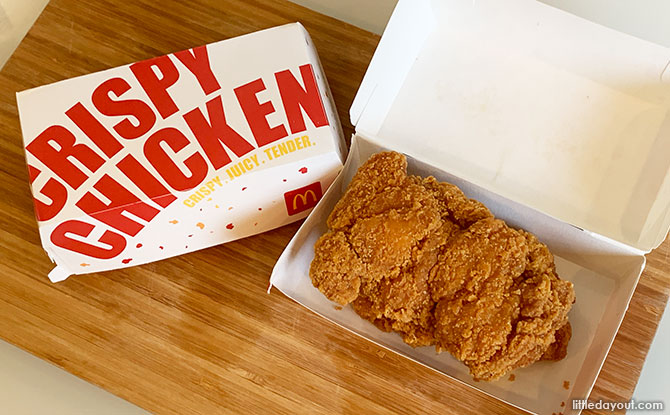 McDonald’s Crispy Chicken comes in a set of two pieces in a box. Opening it up reveals the two pieces of chicken thigh fillets on top of each other.

Each piece was encrusted with a crispy crust. As we bit in, the chicken was quite juicy and tender (as described on the box). There was a bit of spice in the crust, giving the McDonald’s Crispy Chicken a hint of “kick”.

The experience was very much like having a McSpicy minus the bun.

The Crispy Chicken is available either as a two-piece Extra Value Meal or as a 1 piece add-on.

After finishing the McDonald’s Crispy Chicken, we turned to the Coconut Pie. 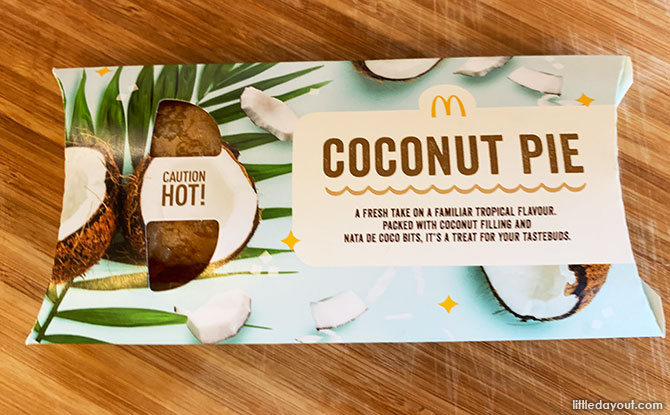 This sweet dessert came in a tropical-looking pie box.

We aren’t really fans of coconut flavours and so the thought of whether it would pass the taste test crossed our minds. 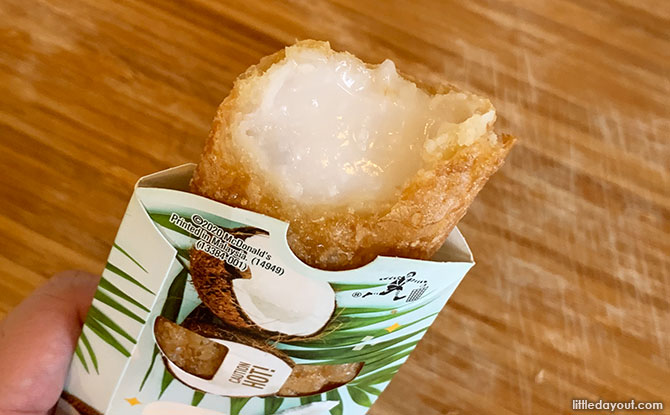 Surprisingly, the Coconut Pie was not too bad. The flavour was quite mild and sweet, plus the filling was nice and creamy.

Both the Crispy Chicken and Coconut Pie are returning items that have featured before in the McDonald’s menu.