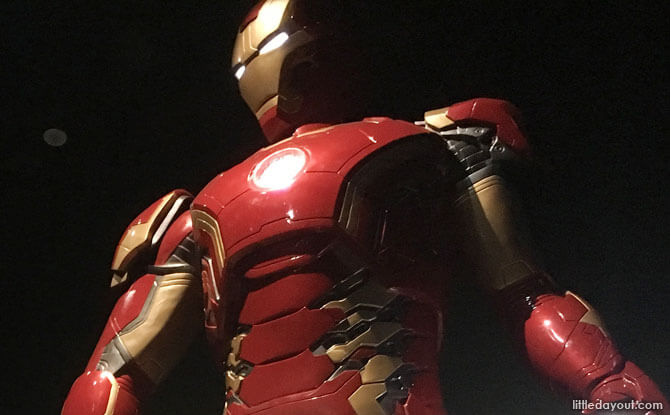 Relive your favourite movies from the Marvel Cinematic Universe (MCU) at the Marvel Studios: Ten Years of Heroes at the ArtScience Museum. The Marvel exhibition in Singapore, which runs till 30 September 2018, allows fans to come up close with their favourite superheroes in the form of life-sized models and familiar objects from various story arcs. 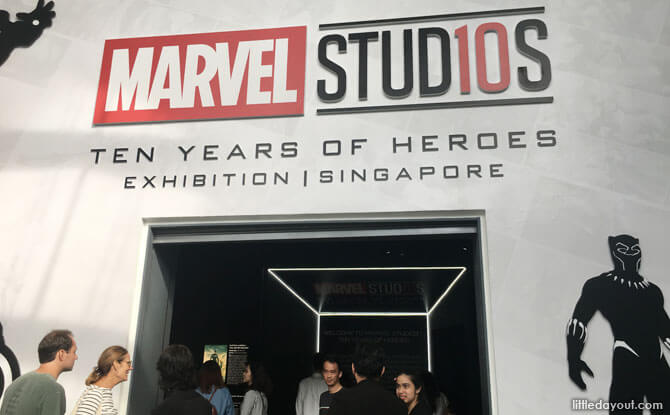 Venturing Into the Marvel Exhibition in Singapore 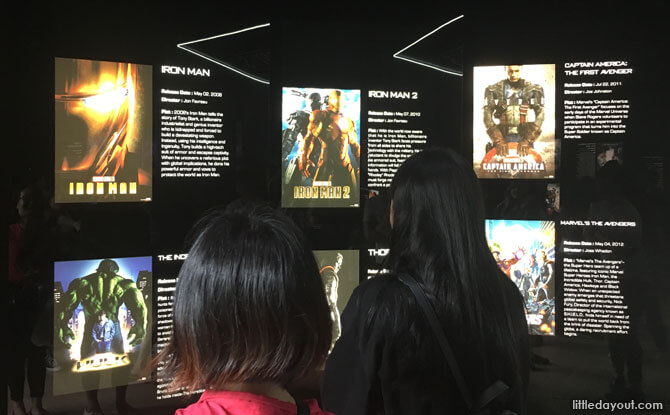 Marvel Studios: Ten Years of Heroes kicks off with a retrospective reminder of the 20 MCU films released over the last ten years – from 2008’s Iron Man to 2018’s Avengers: Infinity Wars.

Within the exhibition, located at the basement of ArtScience Museum, visitors will get to meet heroes across various galleries. 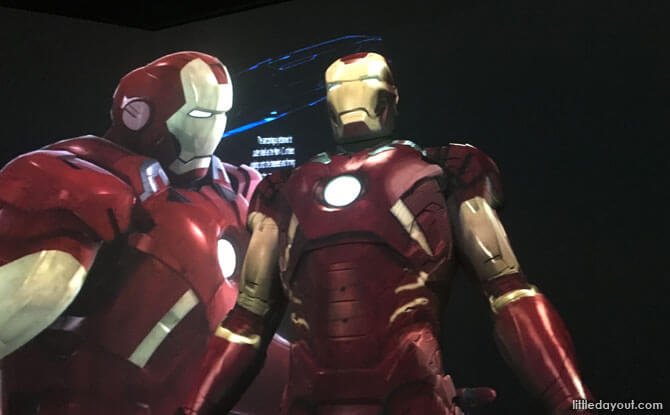 A 3D projection mapping display draws in visitors while hi-tech screens show off the specs of Tony Starks’ palladium suit. 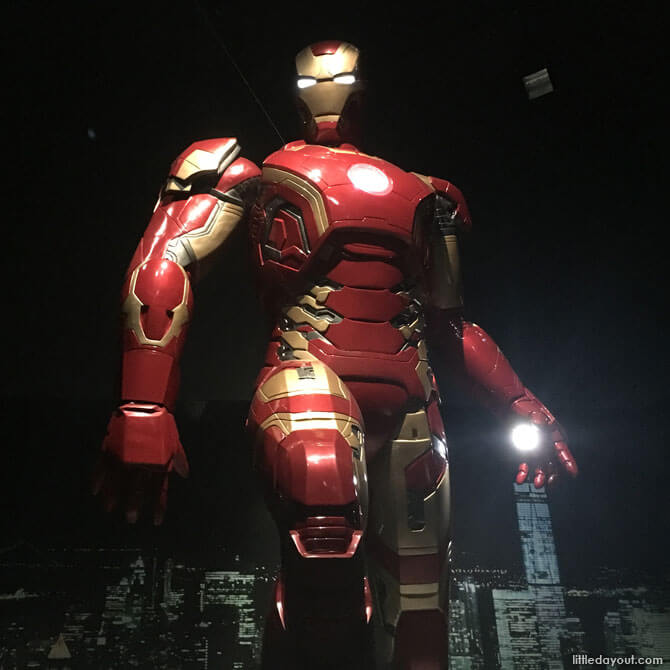 However, the show-stealer (and the largest model at Marvel Studios: Ten Years of Heroes) is a towering statue of Iron Man. 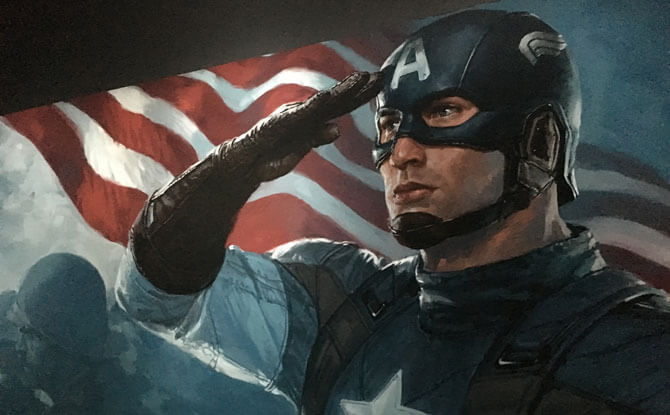 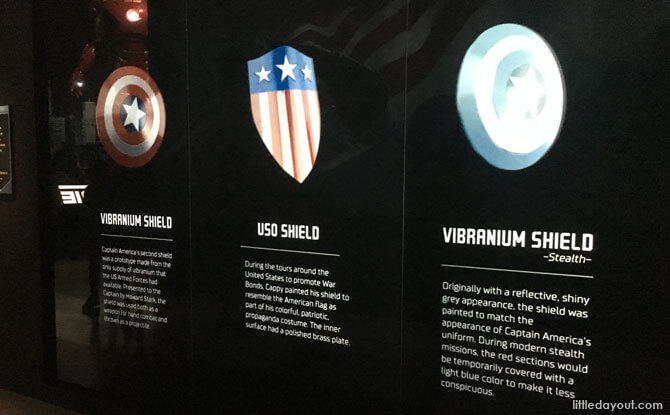 Steve Rogers also gets a salute in a gallery with a series of displays that show the evolution of Cap’s shields.

Head past a Helicarrier model and be transported by the Bifrost bridge to the next gallery where Thor awaits. 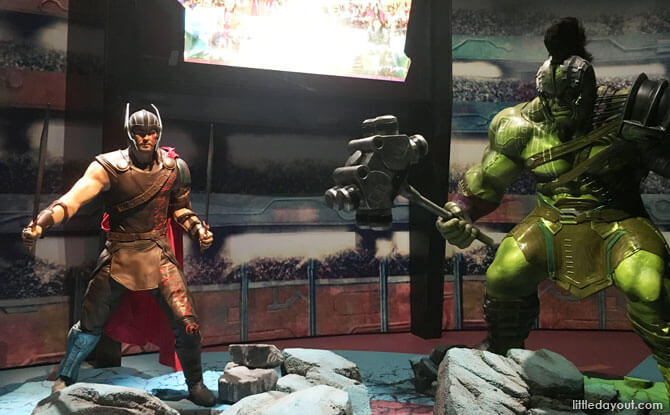 Thor is suited up in gladiator gear and stands with the Incredible Hulk in a scene out of Marvel’s Thor: Ragnarok.

Visitors can also read up about Thor and Mjölnir’s place in Norse mythology from a panel on the wall.

Throughout Marvel Studios: Ten Years of Heroes, displays and information panels relate the MCU back to various facets of arts and science. 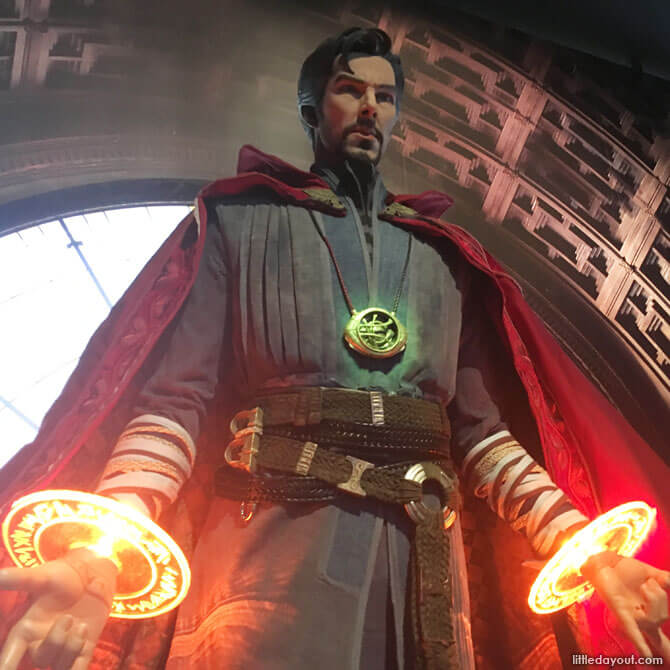 Among the other heroes that visitors can marvel at while visiting Marvel Studios: Ten Years of Heroes are Rocket Racoon from Guardians of the Galaxy, Dr Strange and Black Panther. 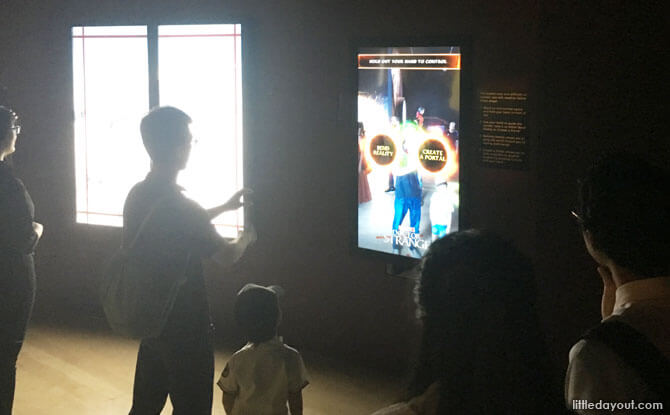 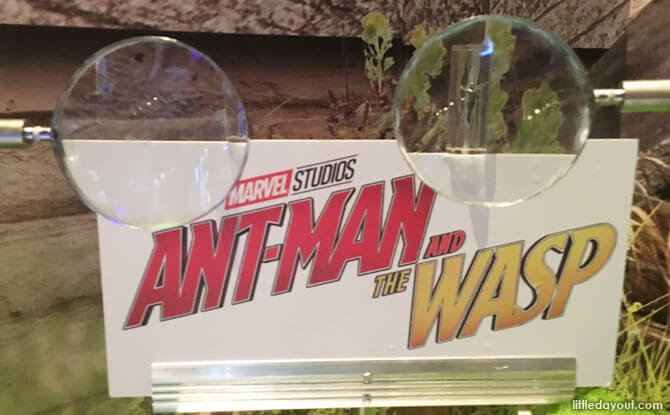 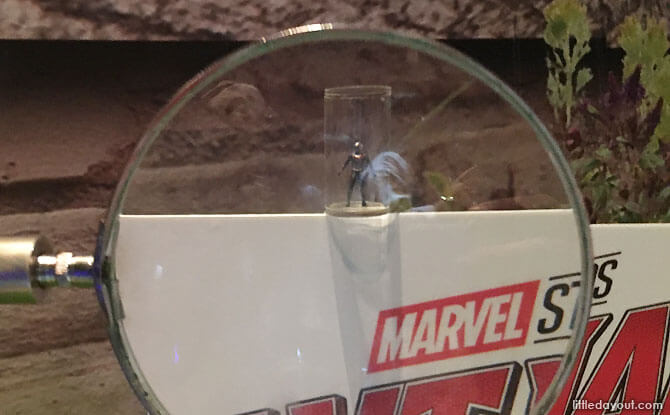 Perhaps, the smallest models at Marvel Studios: Ten Years of Heroes are those of Ant-Man and the Wasp – in their shrunk-down size. 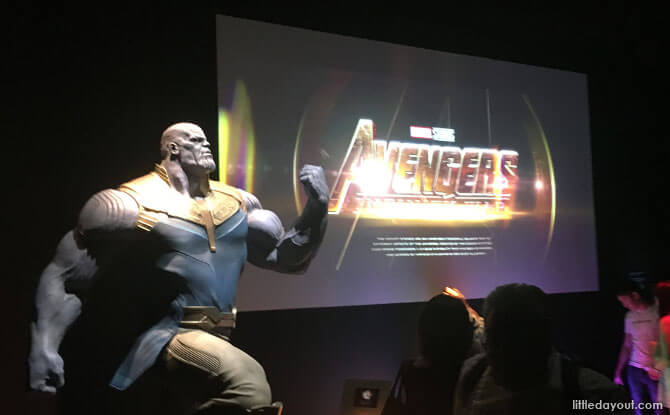 It is left to Thanos to preside over the penultimate section of the exhibition, which finally ends off with a cinematic experience. 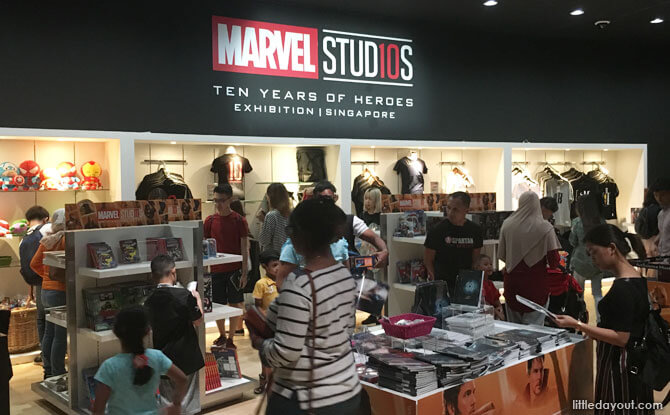 The Marvel Studios: Ten Years of Heroes exhibition, of course, has a gift shop. 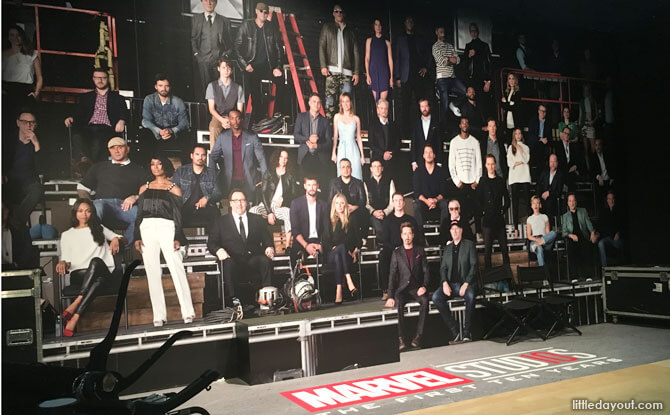 A more interesting feature at the gift shop area is a wall with a photograph of the actors who have starred in the MCU over the last ten years. After all, the Marvel Studios: Ten Years of Heroes exhibition at ArtScience Museum is a reunion of sorts, isn’t it?

When: Till 30 September 2018
Where: ArtScience Museum