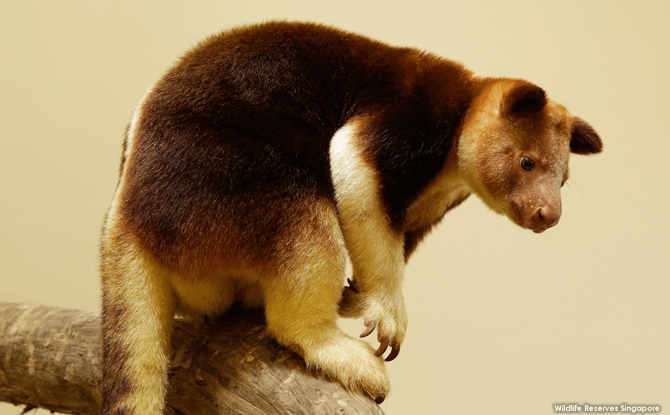 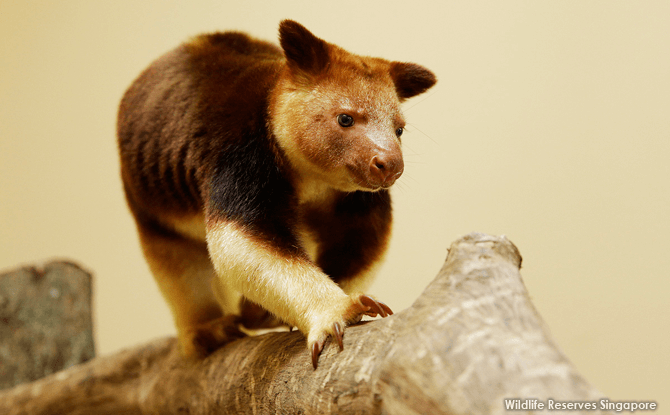 Tree kangaroos are among the rarest animal species under human care. There are only approximately 50 of them in zoos around the world.

Makaia is even more special as he was brought up by three mothers. After his own died suddenly, he was cared for by a yellow-footed rock wallaby. When he outgrew the wallaby’s pouch, he was then raised by a keeper.

With his arrival on 4 July 2016, the Singapore Zoo is now the custodian of four Goodfellow’s tree kangaroos. Each kangaroo is distinguishable by pattern of yellow rings and blotches.

Makaia means “magic” in a local Papua New Guinea dialect. His name was given by carers in Australia who dubbed him a miracle baby. He has been paired with a mate, Nupela.

Visitors to the Singapore Zoo can view the tree kangaroos at the Australasian Zone.