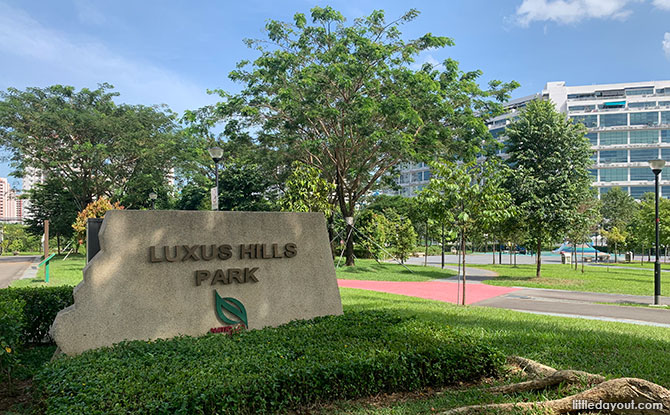 Luxus Hills Park is a green space that sits alongside the Ang Mo Kio Avenue 5. It is adjacent Ang Mo Kio Linear Park, another stretch of greenery sandwiched between Seletar Green View and Avenue 5.

The space occupied by the undulating Luxus Hills Park was once part of the Seletar Hills rubber estate. This was back in the late 1800s when the rubber estates in this part of Singapore were managed by the Bukit Sembawang Group.

Today, Luxus Hills Park and Ang Mo Kio Linear Park have deliberately kept their undulating terrain with knolls intertwined with meandering foot paths as a tribute to its past. 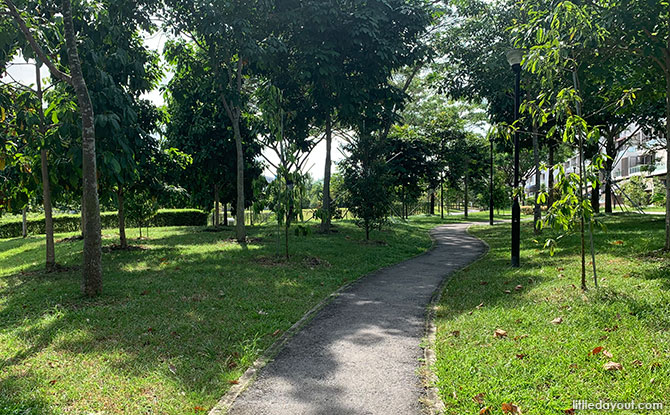 Luxus Hills Park is covered with wide, green lawns. While there are shaded paths, some of the trees around the park are still relatively immature and hence offer less shade. 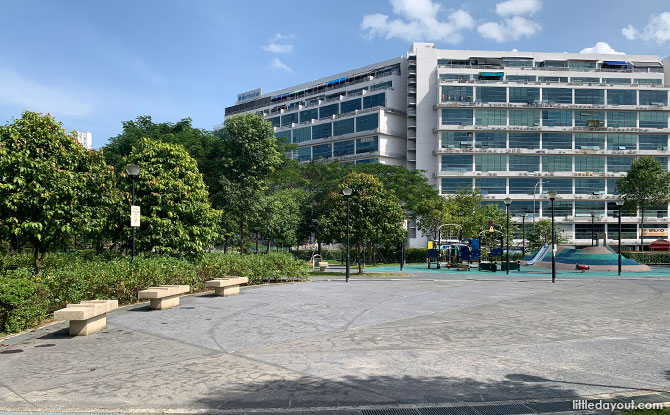 There is activity plaza which is also adjacent to the Luxus Hills Park playground. 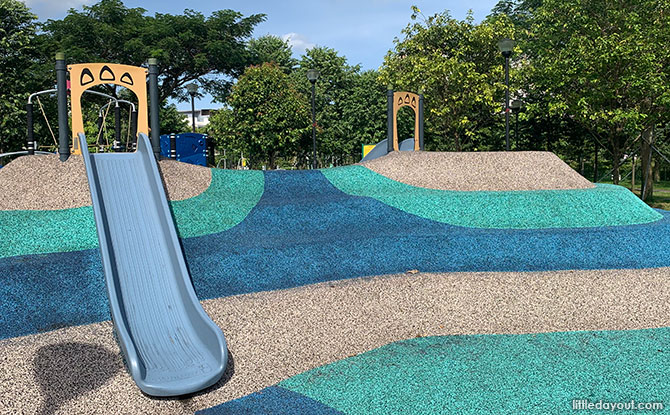 In keeping with theme of undulating knolls, the Luxus Hills Park playground is also made up of a tiered knoll for kids to climb up and down. 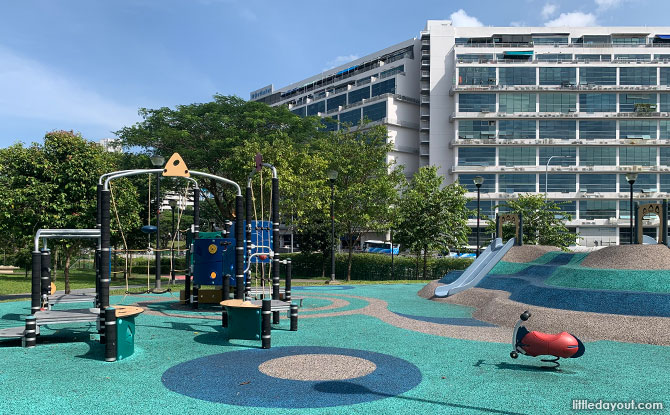 There is also a small play structure for younger children at the Luxus Hills Park playground.

A set of swings along with a merry-go-round play ring and metal climbing frame can also be found close by.

Luxus Hills Park is also Checkpoint 6 on the Coast-to-Coast Trail. It is in between Checkpoint 5 Bishan-Ang Mo Kio Park and Checkpoint 7 Sengkang Floating Wetland. 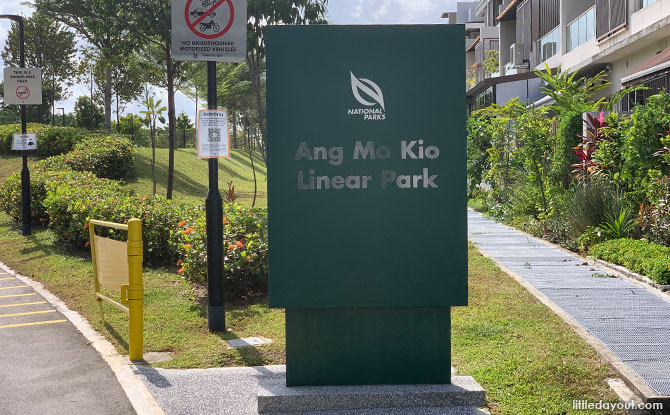 Ang Mo Kio Linear Park seems like an extension or the western half of Luxus Hills Park. Or it could be vice-versa. 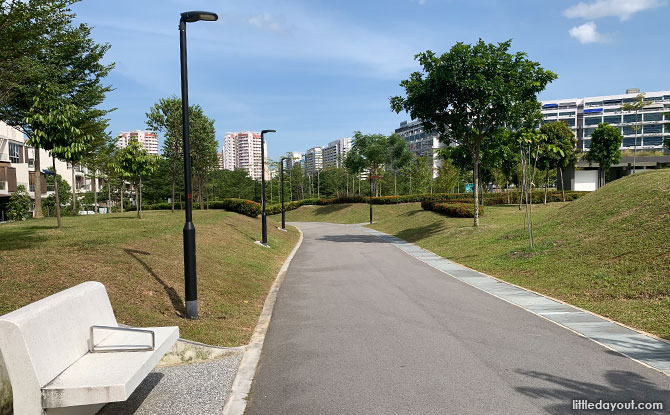 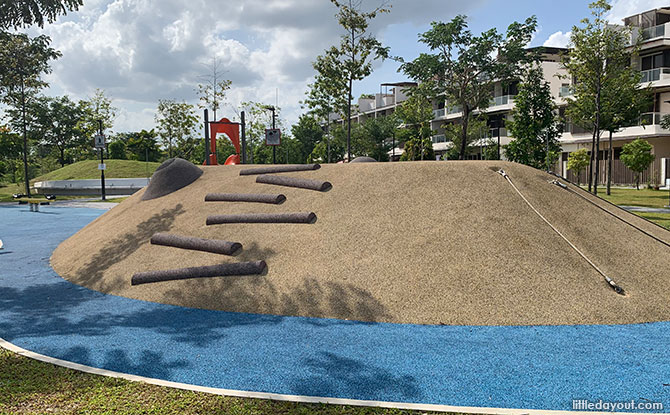 The Ang Mo Kio Linear Park playground similarly has a knoll which kids can climb up. It is fitted with logs which act as footholds and ropes for children to pull themselves up the slope. 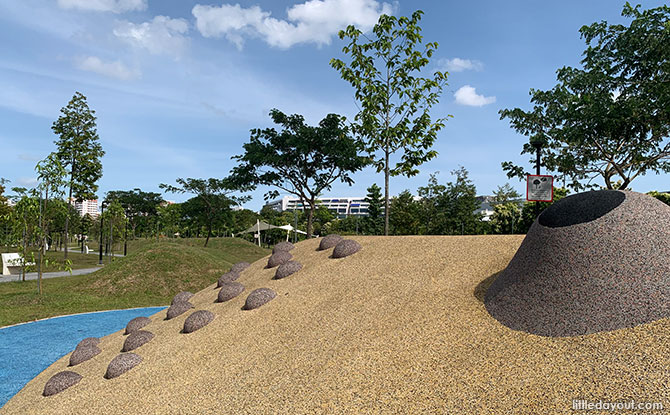 An unusual feature at the Ang Mo Kio Linear Park playground is a series of bumps which also act as climbing holds. Kids can also enjoy slides and swings at this playground.

Both Luxus Hills Park and Ang Mo Kio Linear Park are very much neighbourhood parks, providing a recreational space for those living nearby to play and enjoy the outdoors.