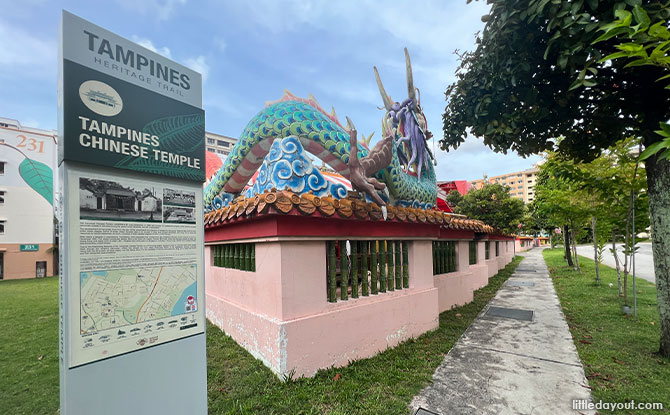 History of the Tampines Chinese Temple 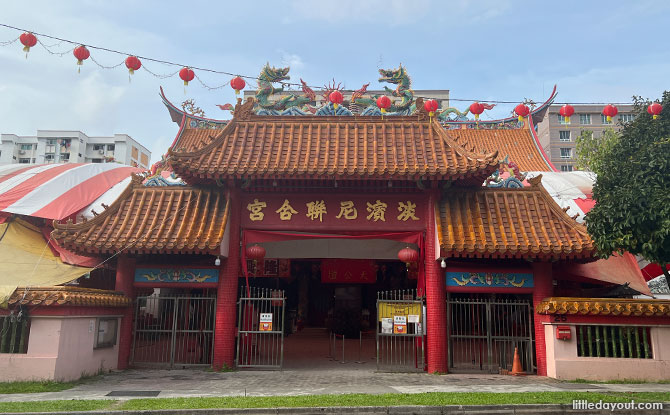 The history of the Tampines Chinese Temple is an interesting one. The temple brings together 12 Taoist temples that once stood in Tampines before it was developed, including some that have been based there since the 19th century. In the early 1980s, the individual temples were informed that they would have to relocate to another site to make way for the development of Tampines Town. 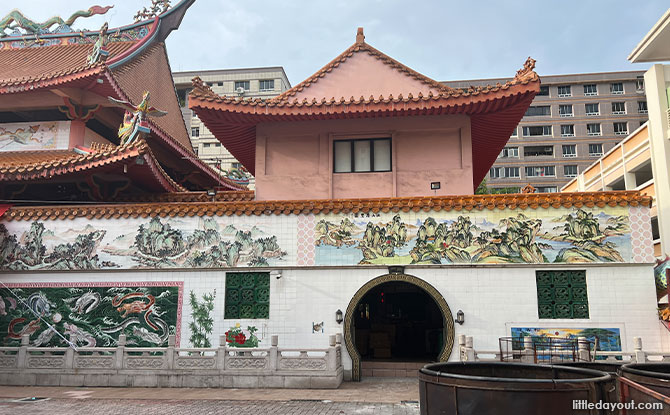 According to the Tampines Heritage Trail guide, the temples meant a lot to residents and many were reluctant to see them removed. Thus, temple owners who would not be able to afford to build new temples on their own were invited to join the combined Tampines Chinese Temple.

Although early attempts at grouping the temples together did not take off as smoothly, the Tampines Chinese Temple organising committee was eventually formed in 1985, with help from the government’s resettlement officers. 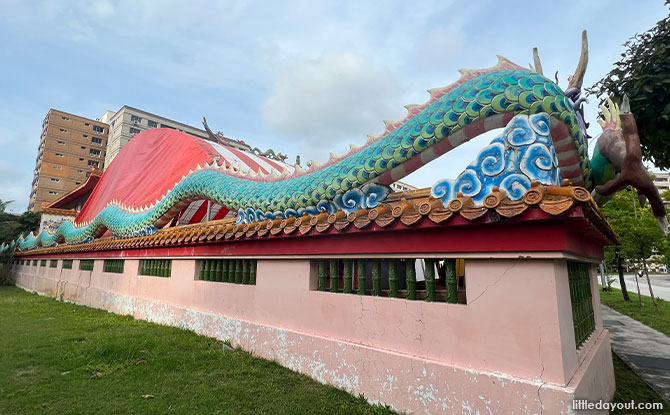 When approaching the temple, one will immediately see the dragon sculpture around the temple’s perimeter that measures 270-metre-long. Within the temple are nine altars enshrining deities of its constituent temples. This is also one of the spots where you will be able to find not only one but two Tempinis trees.