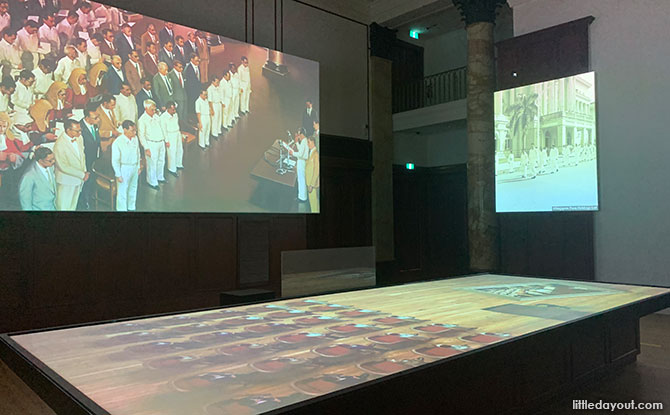 The City Hall Chamber has been witness to many different events in Singapore’s history. These range from the business of running the island to the surrender of the Japanese imperial forces to the swearing in of Singapore’s first Prime Minister.

Today, the Chamber is part of the National Gallery Singapore and houses an exhibition, If Walls Could Talk, which helps to elucidate what it has seen.

City Hall Chamber is at the heart of the building, then known as the Municipal Building, which opened in 1929. City Hall, located in front of the Padang, was a gleaming new building which housed government offices. The large room, just up from the staircase at the centre of the building, was originally used as a boardroom. 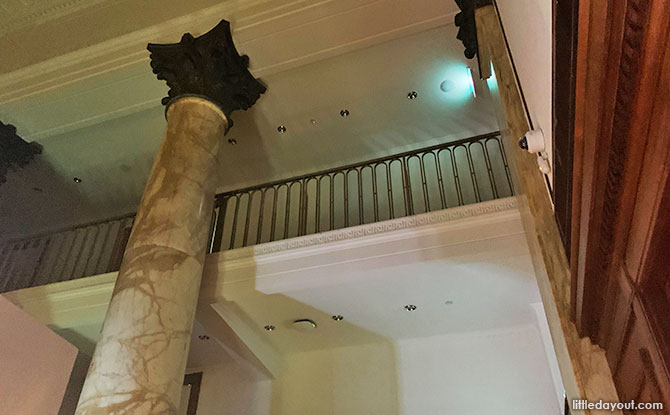 Inside, City Hall Chamber is decorated regally. There are 7.5 metre tall marble columns set on bronze bases and topped off with bronze caps. Teak paneling line the walls.

A balcony on the mezzanine floor above provided a space for people to observe the proceeding on the main floor. 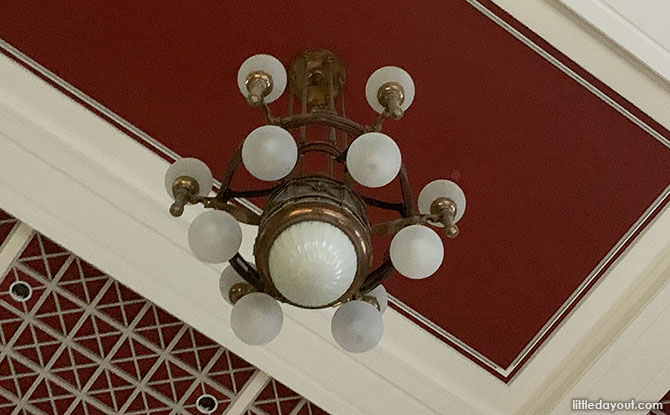 The ceiling is red and white, Singapore’s state colours. Hanging off the ceiling are two grand chandeliers, each fitted with multiple globes.

A Room Full of Stories

One of the historic events at the City Hall Chamber took place on 12 September 1945. This was when the Japanese surrendered Singapore back to the British.

On 5 June 1959, Prime Minister Lee Kuan Yew and Singapore’s first self-governing cabinet took their oath of office inside City Hall Chamber. While no film footage of that exists, there is a painting of that moment in the National Collection.

Singapore’s first head of state, Yusof Ishak, was also sworn in at the City Hall Chamber later that same year on 4 December.

If Walls Could Talk 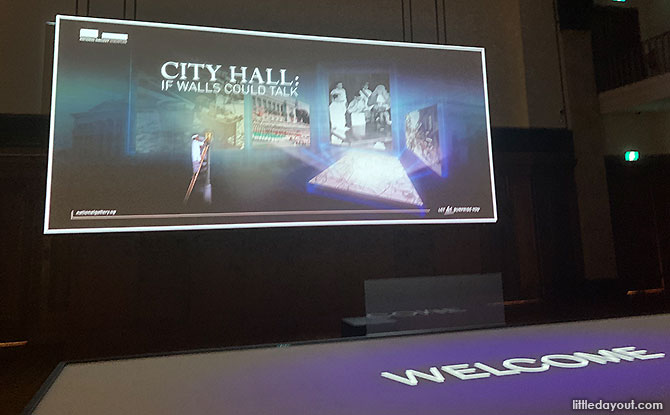 Today, when you visit the City Hall Chamber, it is harder to see all the fittings of the room because the room now houses the If Walls Could Talk multimedia exhibition. 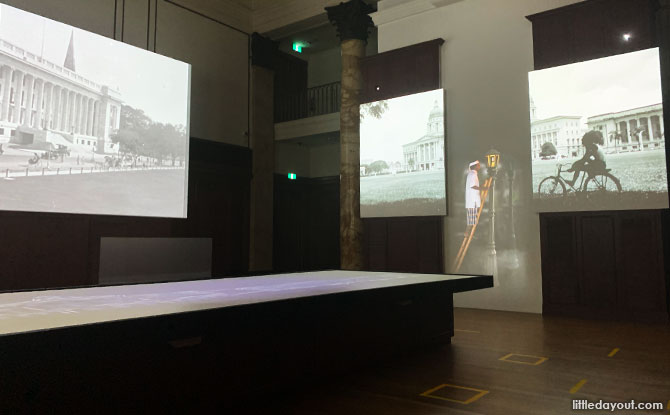 Nonetheless, the exhibition does provide an informative look at the history of City Hall Chamber and its storied past.

New, Great and Happy: The Amusement “Worlds” of Singapore – Carnival Games At The Museum From 4 Dec to 9 Jan