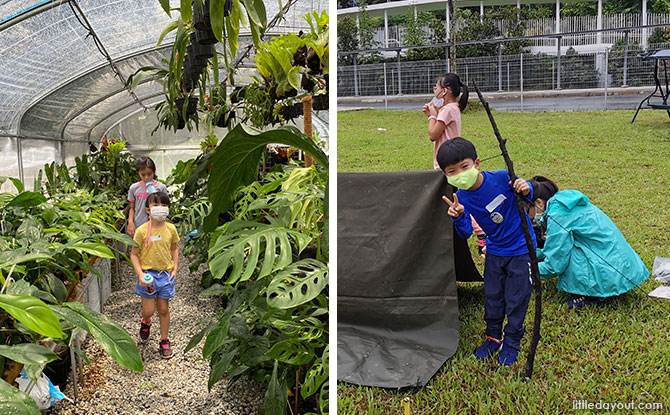 It was PSLE marking week and, for the kids who were on break, the team at Little Day Out was excited to bring back our virtual online camps filled with fun activities conducted by the great partners that came on board with us during this camp.

Here are some of the highlights of what happened during the camp! 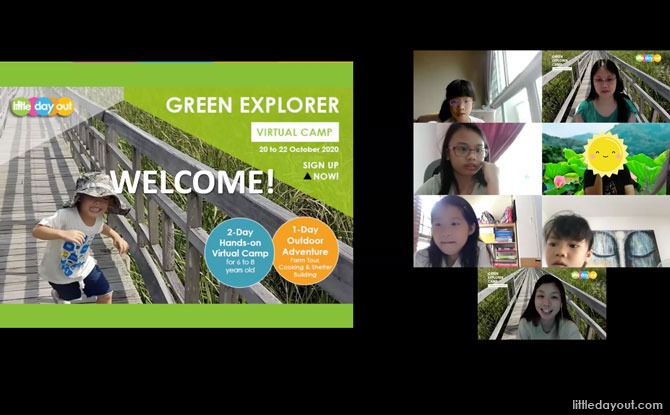 Day One started bright and early with our virtual campers logging in to our Zoom room. We had a round of ice breakers and welcomed everyone, including both old and new faces. 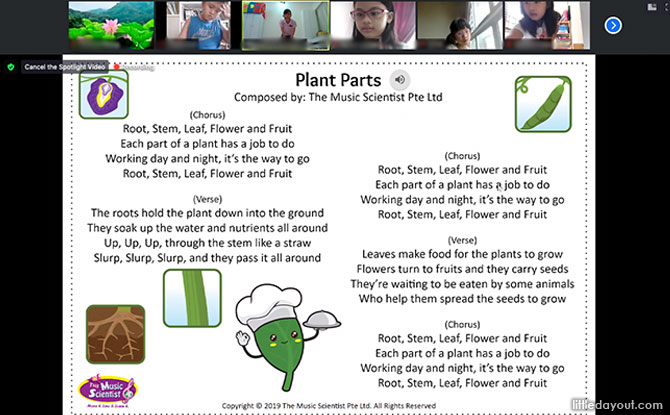 The first activity was by The Music Scientist. They conducted a workshop teaching the kids the exciting world of plants. Kids got to learn about shoots, roots and their functions through song and dance. 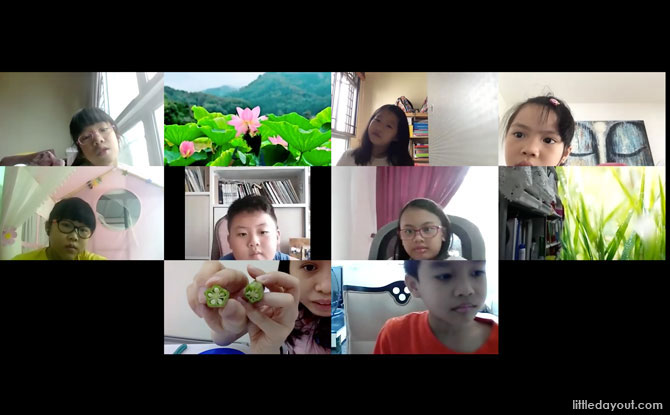 Campers also got to do some science experiments by observing the cross-sections of vegetables, fruits, different types of flowers and leaves. They also explored the chemical reactions that take place between a lime and a butterfly pea flower. 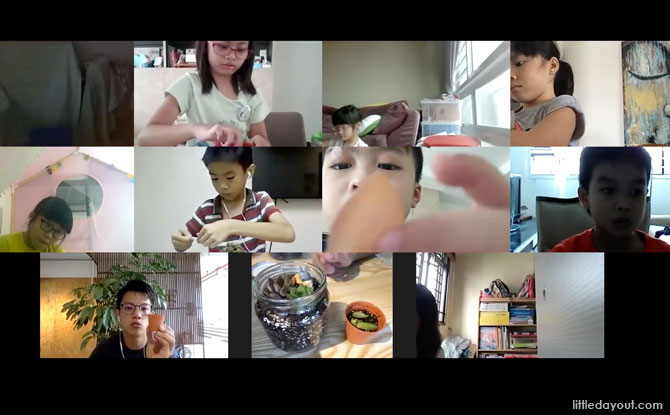 Later on in the day, City Sprouts taught the campers the importance of growing their own food and creating a self-sustaining ecosystem. This was reinforced by a fun activity where  campers made their very own terrariums! The kids had fun planning and decorating their mini-ecosystems and also learnt how to take care of the plants. They especially had fun showing off their creations at the end of the session to one another. 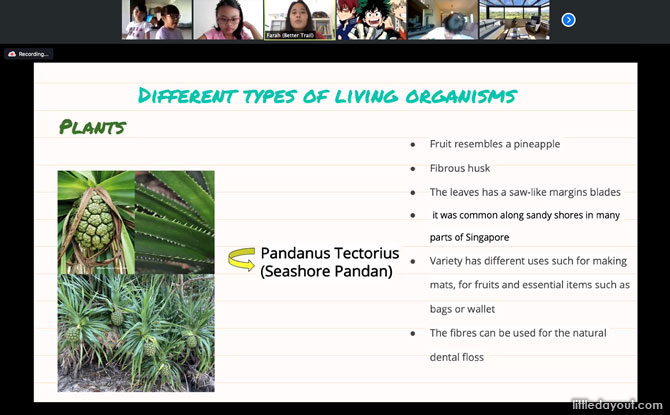 The fun continued on Day Two! Campers started off the day with more ice breakers before  setting out to learn about the fascinating mangroves and all that live in them! Better Trails gave a presentation coupled with many diagrams and videos teaching the campers the lesser-known facts of the mangrove.

I enjoyed the part when we made
the mudskippers! 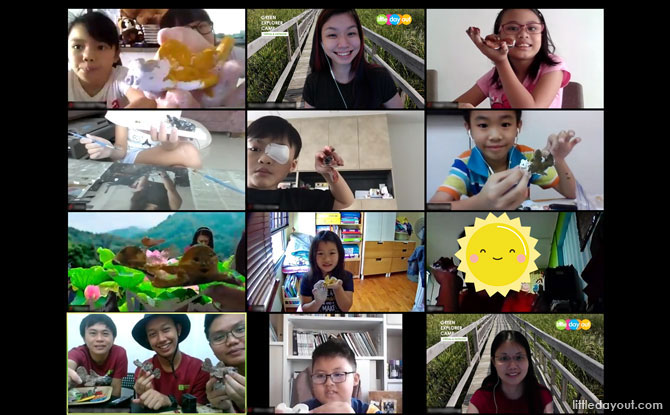 Campers were taught how to create a 3D-model of a mudskipper in a step-by-step fashion using air clay. They even got to paint the mud-skipper using materials in a camp kit. 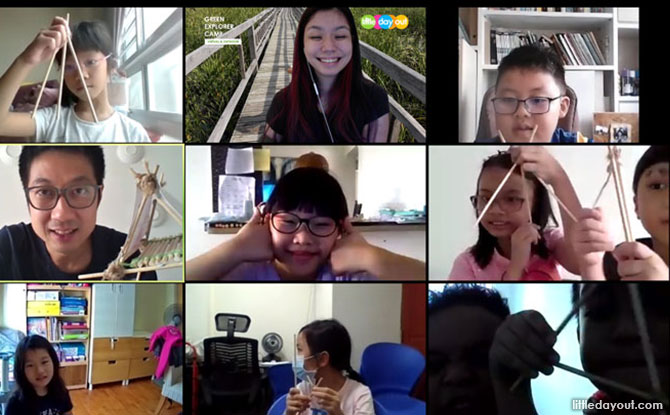 The final activity was with our partner from Nature Explorers School which honed our campers’ outdoor skills with a lesson on making a teepee tent structure. Other than this practical skill, kids also learnt some essential knots that they can use in everyday life.

We really enjoyed the virtual camp and it was especially fulfilling to see the smiles on kid’s faces at the end of each session.

We also had an on-site adventure at City Sprouts! Although the day started off with a slight drizzle, that didn’t dampen the spirit of our happy campers. After doing a temperature check and safe entry check-in, the kids met their instructors from Nature Explorers School. The first programme of the day was playing old school games such as chapteh, hopscotch and zero-point. 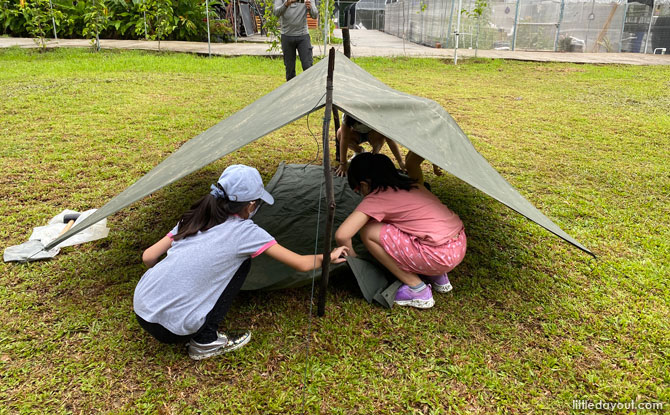 Next, we moved on to the outdoor cooking and shelter building headed by the team from Nature Explorers School. The kids learnt a simple damper bread recipe which made use of basic ingredients such as flour, oil, yeast and water. They added in some cranberries for a touch of sweetness. The kids then gathered sticks to start the fire to cook the bread. They also set up a tent that they could hide and play in. 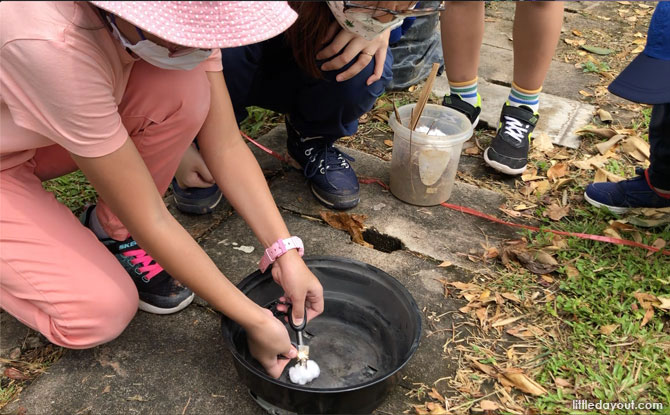 When it came to starting a fire, the kids got a chance to learn how to use a fire starter under the supervision of the instructors. They were able to cook the bread with the fire they made. 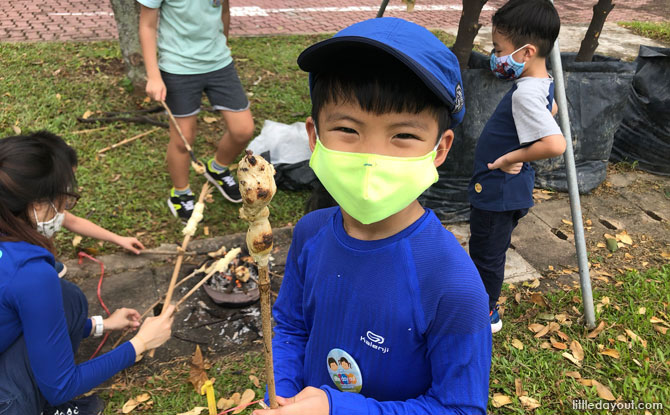 The outdoor cooking session with Nature Explorers School was a great success and the kids ended the experience with a yummy treat to munch on! 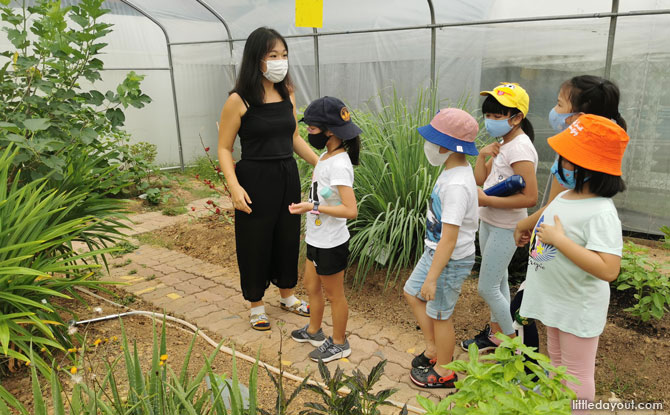 To end off the day, our green explorers got a tour of the urban farm at City Sprouts’ Sprout Hub. This is Singapore’s first plot-share urban farm. There the kids got to meet and chat with experienced urban farmers and see the variety of crops that were grown there. 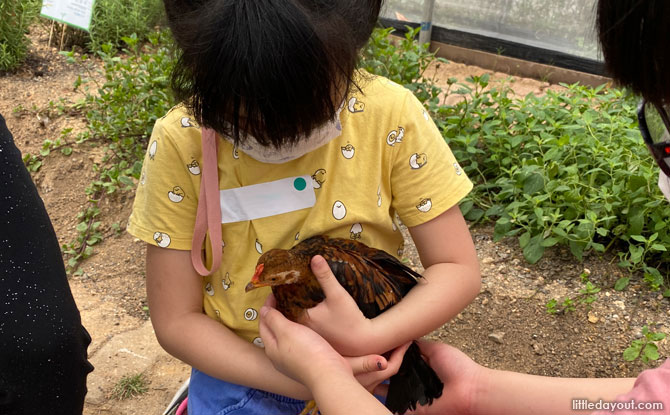 One highlight of the camp for many of the campers was the opportunity to meet one of the resident chickens including silkie chickens. Other than the wildlife on the farm like water snails and fishes, the campers also learnt about the benefits of growing pesticide-free and organic crops.

Everything was fantastic. Loved my Little Day Out! 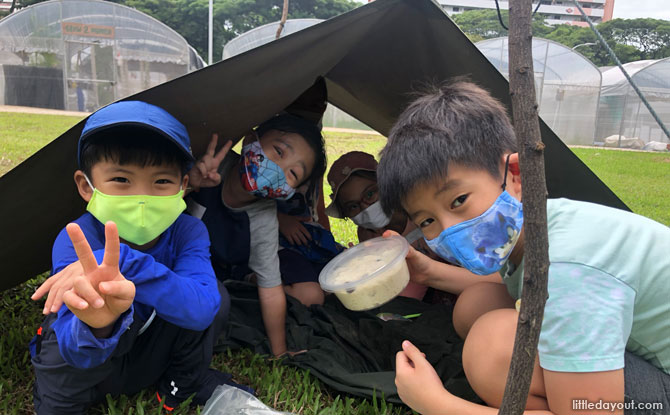 At the end of the camp, the campers received their camp certificates certifying them as Little Day Out’s official green explorers.

We’re thankful to the partners who came on board with us and the unwavering support from our wonderful readers. Look out for more enriching and enriching camps in the future and more outings to come. Be the first to be alerted of our camps here. We hope to see you!

PROMO: Redeem a Voucher to Save on Nature Explorers School Holiday Camps

If you would like to participate in future Little Day Out camps, do fill in the form below so we can get in touch with you!