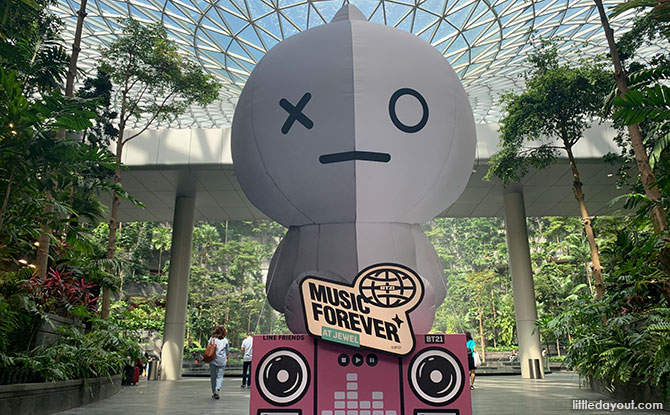 From 27 May to 17 July, head down to Jewel Changi Airport to groove along with eight characters from LINE FRIENDS’ BT21.

KOYA, RJ, SHOOKY, MANG, CHIMMY, TATA, COOKY and VAN will be at different spots within Jewel Changi Airport’s Shiseido Forest Valley and Canopy Park. Visitors can get upclose and groove out with them around the mall.

A giant inflatable of BT21 guardian space robot, VAN, awaits at the Shiseido Forest Valley at Level 1. The inflatable features VAN on top of an old school boombox. It is 4.5 metres tall and lit up at night. There’s also a light interactive galactic floor that changes its colours when visitors step on it.

The rest of the BT21 characters can be found within Canopy Park on Level 5 (admission fees apply).

TATA is at an entrance arch with colourful lighted musical notes setting the beat. RJ and KOYA are at a Beach Party where you can pose with them.

At MANG’s dance floor, show off some moves and the dance floor will light up when triggered by motion sensor. There’s also a graffiti wall with COOKY in front and a DJ console with clickable buttons at the Petal Garden.

For those who wish to pick up some BT21 merchandise, there will be purchase with purchase merchandise like crossbody bags and sling bags.

Other Activities at Jewel Changi Airport During the June Holidays 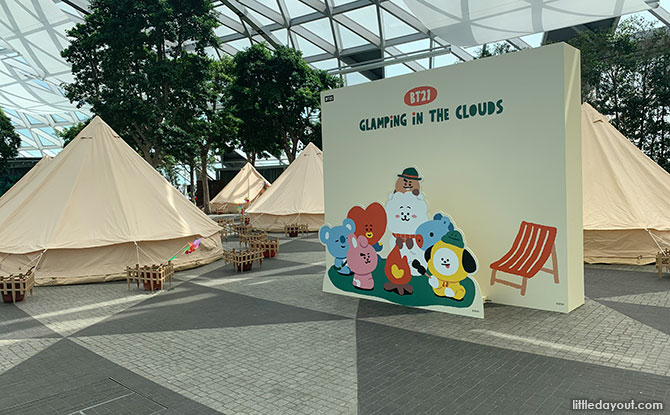 Glamping in the Clouds also returns to Jewel at Cloud9 Piazza during the June 2022 holidays. There is also the option for a glampicnic for the day. 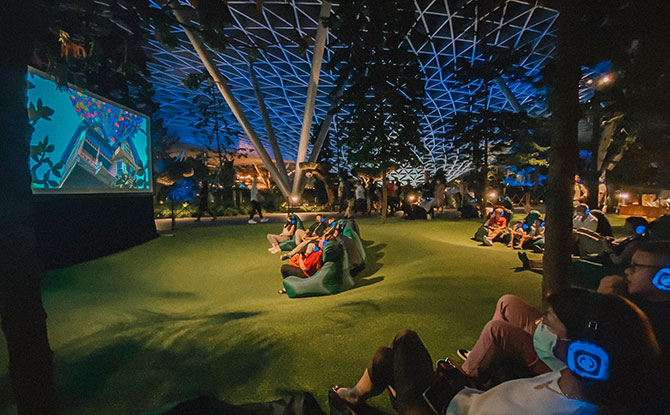 There’s also a Silent Movie: “After Dark” screening from Thursdays to Sundays at 10 pm, tickets required.

Bouncy & Inflatable Playgrounds In Singapore: 7 Places Where Kids Can Jump For Joy