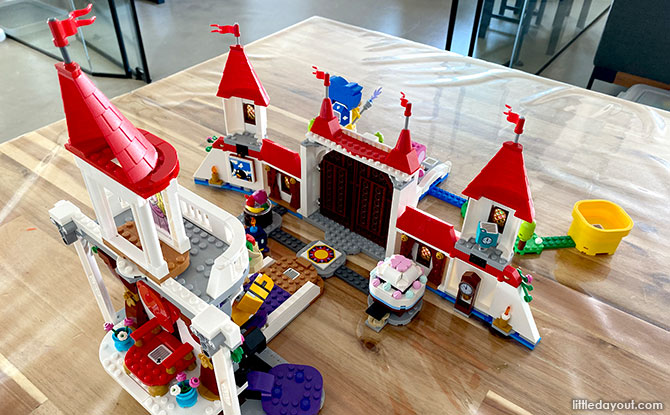 Of the five LEGO Super Mario sets we own, I would consider the LEGO Super Mario 71408 Peach’s Castle Expansion Set to be the crowning glory of Mario’s universe. It is by far my favourite set, as it turned out to be much more complex and interesting than what I initially thought was a just a simple castle set-up.

What Goes into Peach’s Castle? 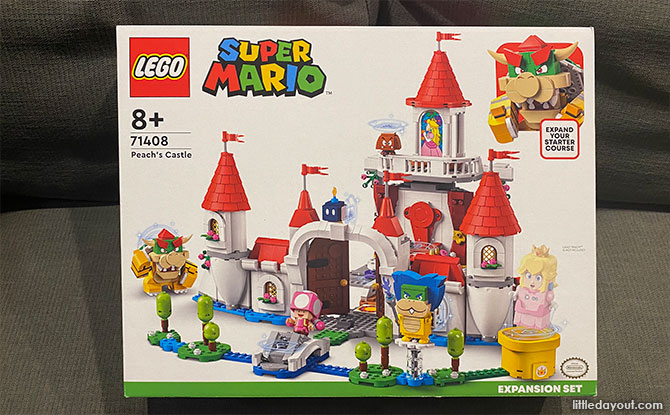 Delights abound when you open the doors to LEGO Super Mario 71408 Peach’s Castle Expansion Set. The façade seems to be simply a pretty castle, but it is the details that wows the player. Before the castle doors, there is a ‘broken’ bridge which one can fix and earn coins, and a gruff looking Ludwig waiting to be knocked off his cloud.

When you enter the doors, little details like a grandfather clock, candles on the walls, and a bowl of fruit enhance the castle feel. A Bob-omb painting on the wall can be knocked off to earn coins! And a beautifully adorned cake hides a surprise – Goomba waiting inside must be conquered before one can move on.

The highlight for me comes next – Princess Peach’s beautiful throne room, complete with a stained-glass window at the top. But it is not the ornateness of the throne room that caught my attention; rather, it is how the throne room spins around to reveal Bowser on his very own purple throne at the back. All this by activating a mechanism. Rather impressed at the intricacies of how it functioned, I spent some time playing with it myself. 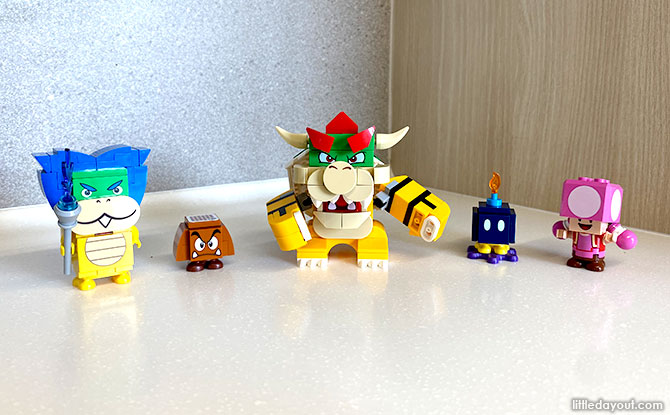 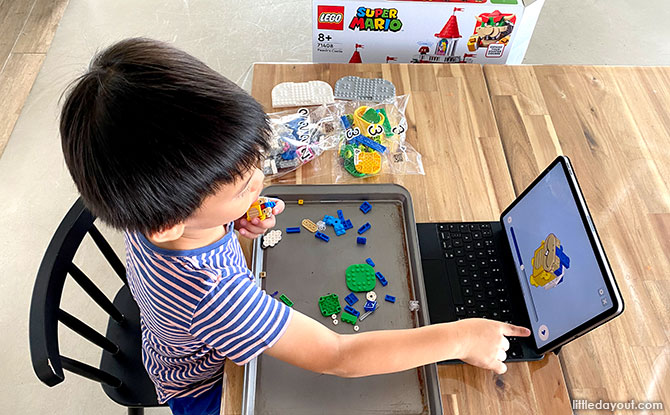 Still, he managed to follow the instructions on the LEGO Super Mario app quite easily and completed most parts without help. He even learnt to tear open the LEGO packets quite neatly (after the first time of ripping it open and having LEGO fly everywhere!) 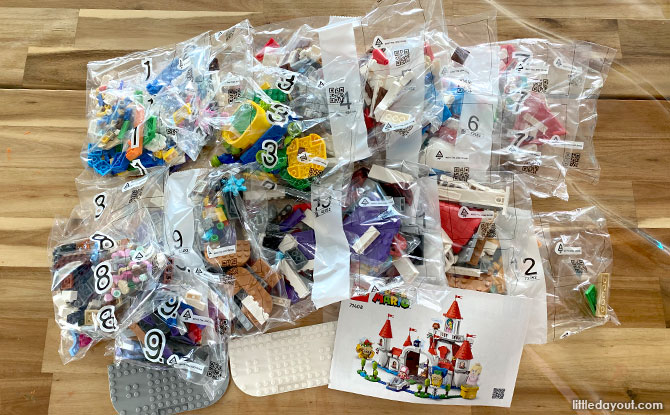 Due to the large number of pieces, the build took more than 2 weeks to complete. As it was technically more difficult than previous LEGO Super Mario set builds, my son needed more ‘mental breaks’ in between as well. 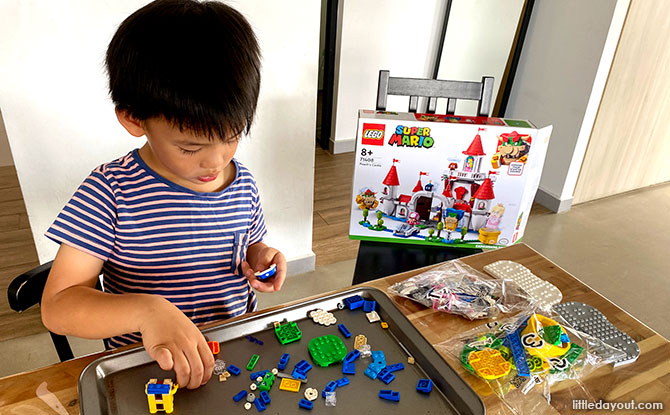 To our dismay, when the throne room was completed, it got stuck when ‘spinning’ halfway, and we had to demolish the whole throne to check what was wrong. A small detail that was overlooked caused the malfunction, teaching my son that being careful is important. It was then up to me to rebuild the throne room, and I enjoyed every bit of the process! What a sense of accomplishment when the set was finally complete. 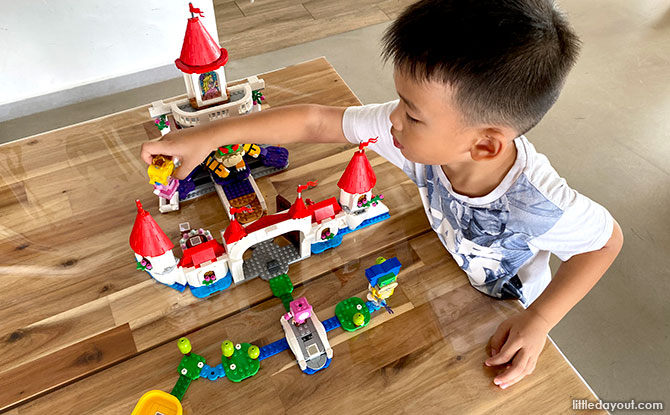 As we have all three key figures, my sons have been enjoying the play by experimenting with the different figures on the castle course. We realised a limitation – only two key figures can be connected by Bluetooth at one time, so there is a maximum of two players per ‘game’. It would be great if one day LEGO technology could allow for more key figures to be connected. But for now, we are all enjoying the set!