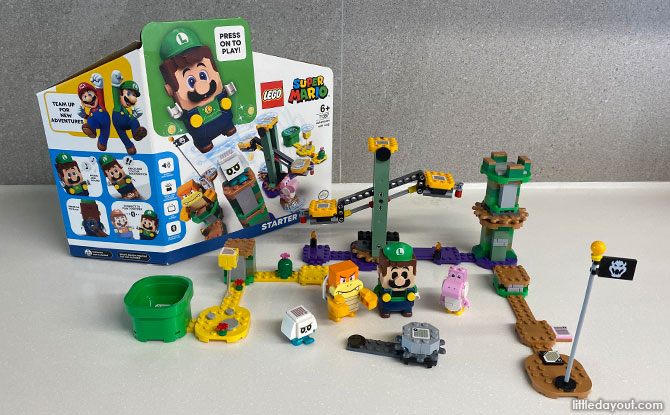 What goes into the LEGO Super Mario 71387 Adventures with Luigi Starter Course? 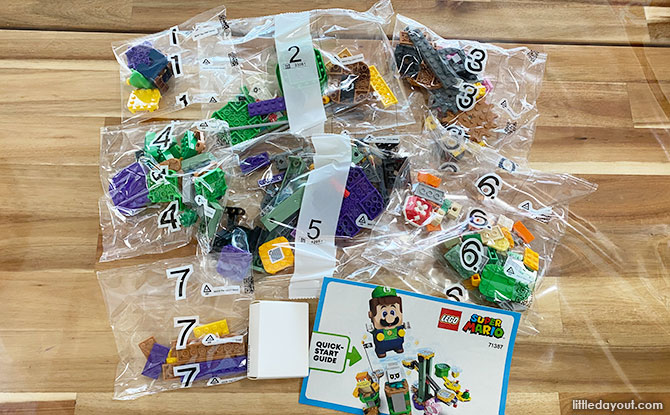 Recommended for children aged 6+, the set consists of 280 pieces which combine to produce a course which Luigi traverses on to earn points, just as he does in the arcade game version. It is fascinating to feel a video game come alive in the way one can touch and manipulate the characters and even the course itself. 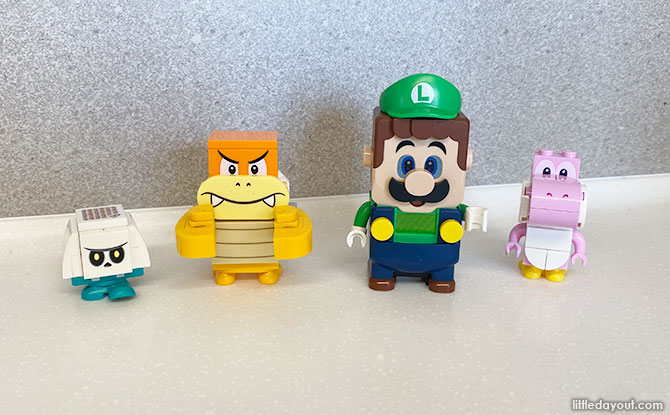 LEGO Luigi is of course the star of the show here; as an interactive figure (powered by an AAA battery), he can speak, make sounds, and even interact with LEGO Mario. He also has a little LCD screen on his chest which displays interesting graphics that change depending on what he is ‘stepping’ on. Luigi makes amusing comments, and the sounds and music are what one would hear in the arcade game version of Super Mario. The other 3 characters in this set that Luigi interacts with are pink Yoshi, Bone Goomba and Boom Boom. 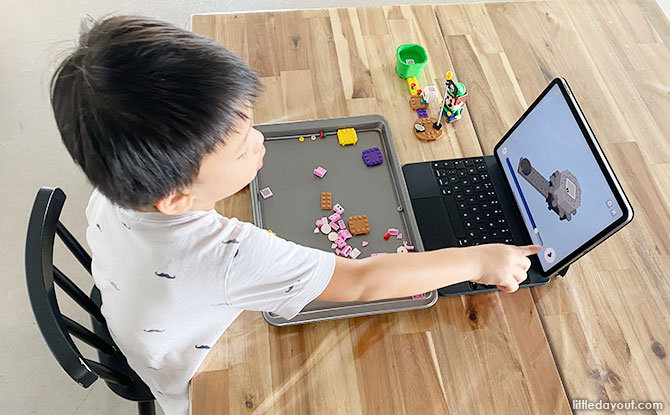 Interestingly, the LEGO Super Mario 71387 Adventures with Luigi Starter Course does not come with the traditional LEGO manual. Instead, my 4.5-year-old son was delighted to be able to use the virtual manual on our tablet to do the build.

Parents need to download the LEGO Super Mario app, create an account, and identify the correct set for the child to start building. The 3D building instructions were very clear and easy to use even for my young son. I could leave him unsupervised to follow along and click ‘next’ on his own; the only help he needed was for me to insert Yoshi’s arms, as he found it difficult to manipulate the smaller pieces. 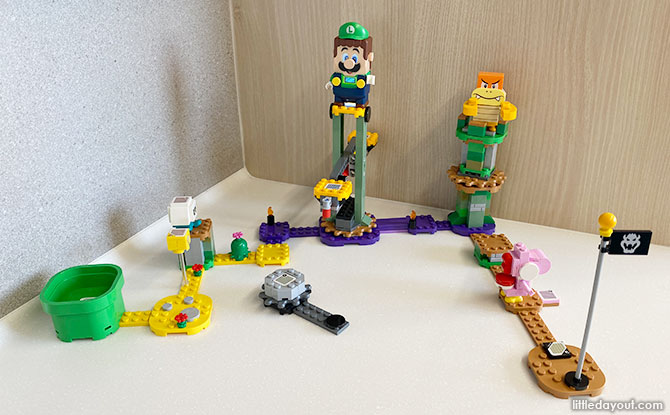 It took two hours with some breaks in between for my son to complete the build. Looking at the completed course, my initial impression was that it did not look as impressive as other LEGO sets; in fact, it felt rather pricey for the sparsely placed pieces laid out on the table.

It was only when my sons started playing with it that I realised that the true value was in LEGO Luigi and his technology. The time taken to build was short, but the fun lasts much longer.

My sons usually finish ‘playing’ with a LEGO creation in a couple of days, but the play for LEGO Super Mario 71387 Adventures with Luigi Starter Course has lasted for a few weeks already.

LEGO Luigi can win digital coins, defeat enemies, complete obstacles, and if synced with the app, can also try new challenges presented on the app. It gets even better if one has LEGO Mario, as friends can team up, making it an interactive game. 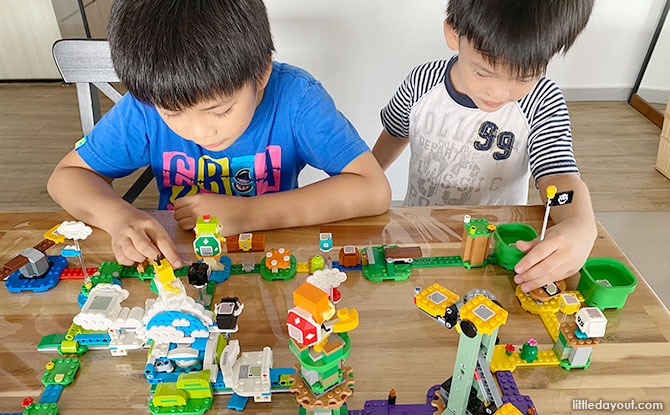 In all, the LEGO Super Mario 71387 Adventures with Luigi Starter Course has been a great addition to our LEGO Super Mario sets; the Spinning Seesaw Challenge that is part of the course is creative, and the ability to change the course structure contributes to the flexibility of play as well.

We thought that LEGO Mario was good enough, but LEGO Luigi really adds on a new dimension of play. Looking forward to LEGO Peach which has been announced for release in August 2022!