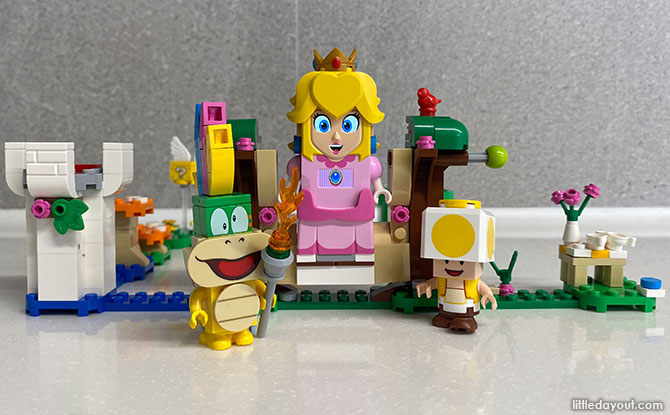 I wondered whether having a female protagonist would appeal to my boys (aged 5 and 9), who already enjoy playing with their Super Mario and Luigi LEGO sets. Their reaction upon seeing the LEGO Super Mario 71403 Adventures with Peach Starter Course was nothing short of delight and excitement: “Can we start building this now?”

What does the LEGO Super Mario 71403 Adventures with Peach Starter Course consist of? 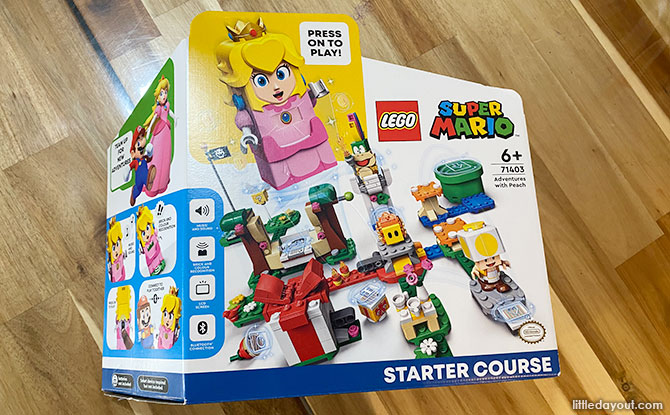 The LEGO Super Mario 71403 Adventures with Peach Starter Course is LEGO’s latest addition to the LEGO Super Mario kingdom. It can be played as a standalone set, but of course greater satisfaction comes with combining it with other LEGO Super Mario sets. The set consists of 354 pieces and is recommended for children aged 6+.

A highlight of the course is the swing set, which allows LEGO Princess Peach to ‘sit’ on and be swung up and down, collecting digital coins as she swings. The LEGO pieces provided are also decidedly more girly, with flowers, tiny little cups, butterflies, and a nicely gift-wrapped ‘present’. 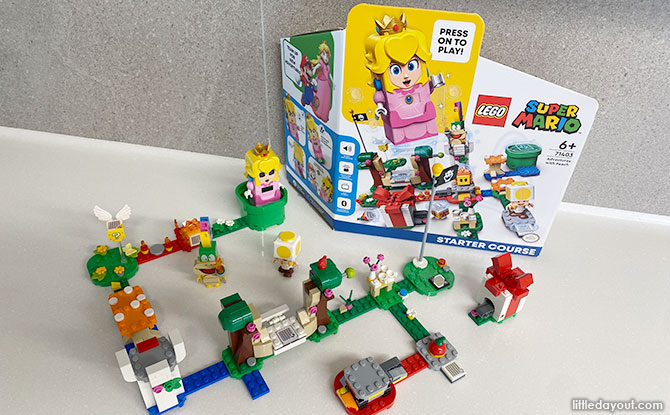 As with the other LEGO Super Mario sets, LEGO Princess Peach displays LEGO’s creative technology in her body; a little LCD screen on her chest exhibits graphics together with sounds when one moves her across the LEGO course.

The princess is powered by two AAA batteries (not included in set), and just like in the video game version, earns coins when she navigates the course. The play is further enhanced when she is connected via Bluetooth to the LEGO app, where there are ‘challenges’ to complete as one plays with the physical course which is connected to the online virtual course.

LEGO Princess Peach is not merely the damsel-in-distress here, but now the heroine, which is sure to please many girls as well as Mario fans! I like that she is also built true-to-form, taller than the LEGO Super Mario. This set also includes Lemmy, Yellow Toad, and a Lava Bubble.

3D Building Instructions on the LEGO App Guides the Build 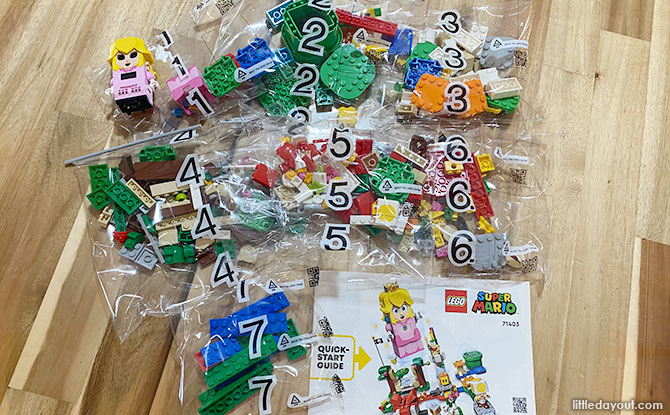 Personally, I prefer the hardcopy manual (equates to less screentime for my boys), but I can see the benefits of using the 3D building instructions on the LEGO app. The display is big, easy to follow, and can be manipulated so that one can ‘turn’ the virtual LEGO display on the screen to check if it has been done correctly. 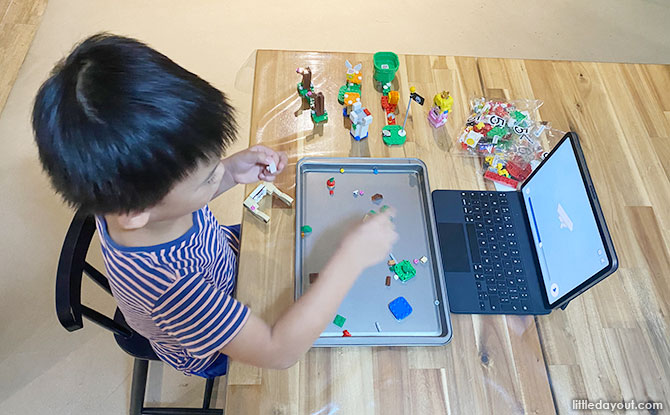 My 5-year-old son had no problem following the instructions on his own. He just needed my help to check in periodically to ensure that he did not place pieces wrongly. The swing set was slightly more challenging for him, resulting in him needing to break it apart (as he had connected a core piece wrongly) to rebuild.

Regardless, the build was completed in about 3 hours in total over a couple of days, and once it was done, both my sons gleefully connected the LEGO Super Mario 71403 Adventures with Peach Starter Course with their other LEGO Super Mario sets!

Being neutral to Super Mario myself, I cannot help but feel that this new set is quite like the other two starter sets – LEGO Super Mario and LEGO Luigi. The concept is similar – with a main interactive action figure, and starter courses (howbeit with different features and characters).

It also melted my heart when we connected both LEGO Super Mario and LEGO Peach together, and they went “Hello Peach!” and “Hello Mario!” respectively. Awwww. Nice touch!

If you love Mario’s world, also check out this other LEGO Super Mario set.