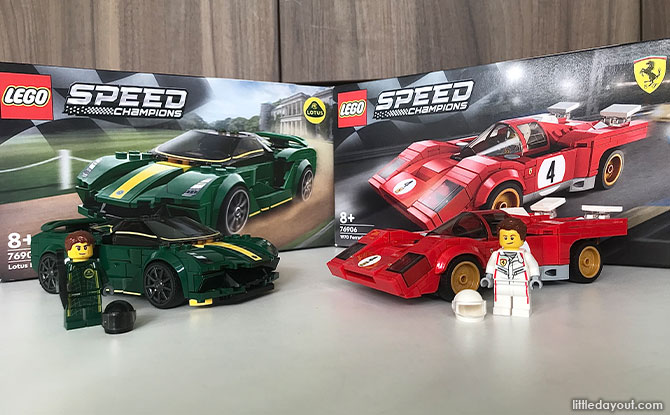 With three boys in the house, we’ve seen a lot of LEGO and a lot of toys cars. So it was a pleasant surprise for us to only recently discover LEGO’s Speed Champions Series.

To be sure, LEGO’s auto-racing inspired line of building kits isn’t new, having been first launched in 2015. Featuring celebrated classic and modern styles from well-known car brands such as Ferrari, Porsche, Mercedes, Lotus & Lamborghini, the entire series currently boasts a hefty stable of more than 50 models.

A Series for Vehicle Fans, Young and Old 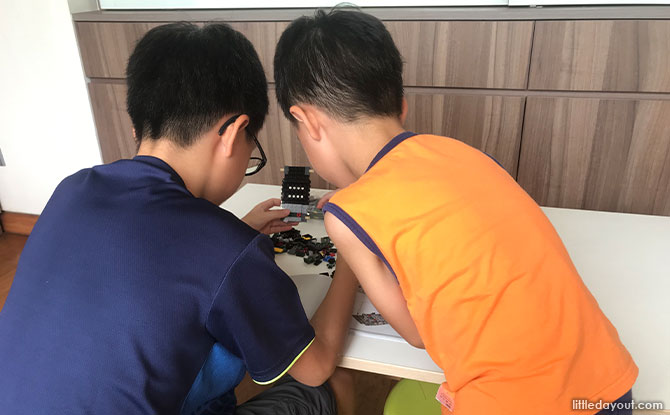 Touted as an offering for vehicle fans of any age, LEGO’s aim with Speed Champions series is to “forget the age on the box” – i.e. to offer a unique building experience that educates younger builders and is appreciated by older builders simultaneously.

Which means that the small size of the Speed Champions cars (the completed models are about 15cm long) does not mean that they are easy to build. The models do include quite a lot of detail and are fairly accurate representations – a fact that was appreciated by both my 10 year-old and his father. I can see how these could be collectible pieces for the car-keen of all ages.

On the flip side, I had assumed, from the relatively small size of the sets, that despite the 8+ age recommendation on both sets, that my kindergartener, who has fairly advanced LEGO skills, might also participate in the builds. But they proved too complex for him, and he had to content himself with mostly watching his brother put them together, though that certainly didn’t stop him from thoroughly enjoying the finished models! 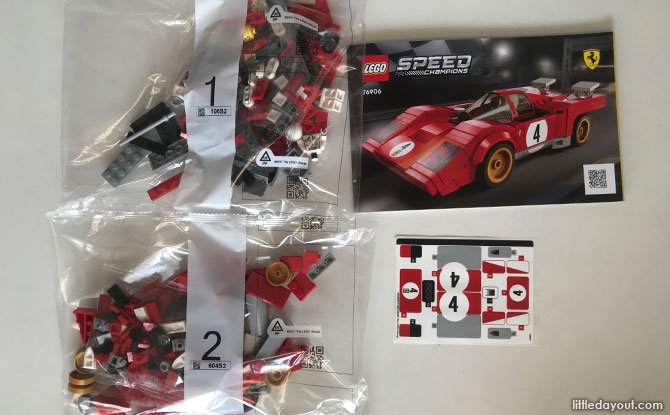 Both sets come with the standard printed instruction booklets, as well as QR codes to access 3D digital instructions on the LEGO Building Instructions app for smartphones and tablets.

Each build took my ten-year-old LEGO enthusiast under an hour and was rated by him “medium-hard”. The sleek silhouettes bely multiple small pieces hidden within, some of which require some manoeuvring to properly secure. Care and a steady hand were also needed to apply and properly align the decorative stickers so that the final models look sharp! Overall, the building experience was probably comparable to that of a “mini-Creator Expert” set. 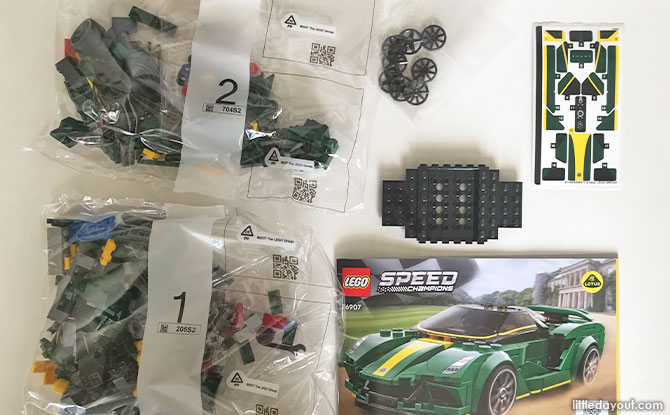 Between the two, my son ranked the Ferarri (291 pieces) a slightly easier build than the Lotus (247 pieces), while relishing the challenge of the Lotus build more. The young LEGO connoisseur gave two thumbs up for both sets’ technical and aesthetic design, especially the angled hood of the Ferrari.

The completed models were also had a good heft and held together well for the subsequent racing they were put to by the boys. Each model also comes with one driver minifigure, although the Lotus cockpit can fit two. 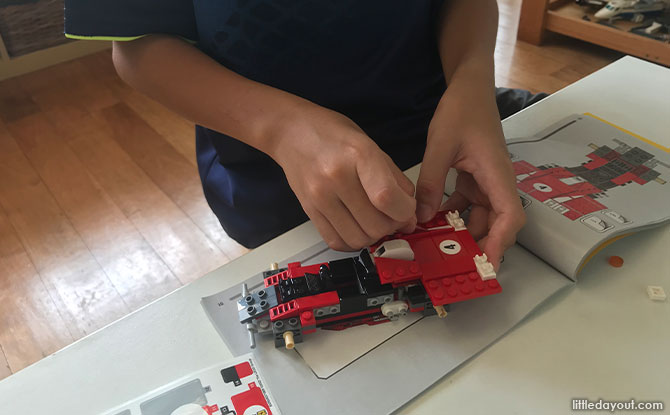 One pro that stood out for me as a parent was the comparative pocket-friendliness of this series. Priced at around SGD25-30, these single models – the series also comprises sets that make 2 models – are much more affordable than LEGO’s Technic and Creator Expert sets. They are ideal for an inexpensive weekend of building and make a nifty gift for the young (or not-so-young) LEGO or car enthusiasts in your life. 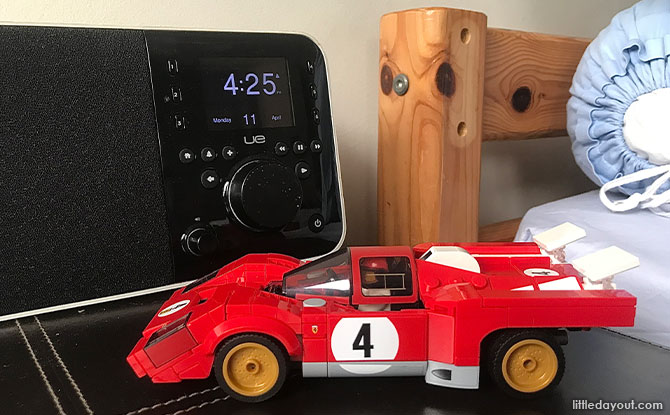 In our home, a good indication of the favour a toy enjoys is how many nights it “goes to bed” with a child. Judging from the fact that these Speed Champions still have a place on both boys’ nightstands, I’d say they’re doing pretty well.