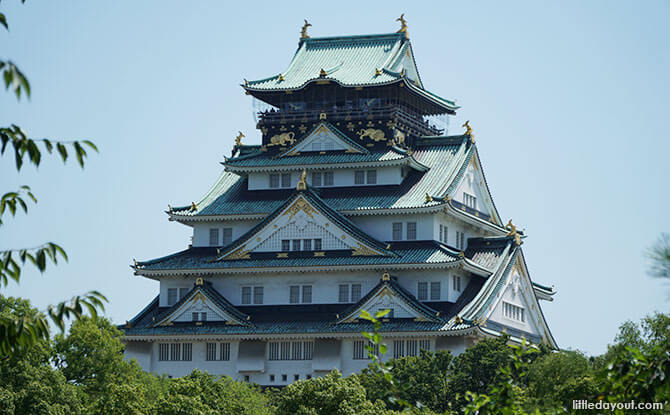 One of the iconic symbols of Japan’s second largest city is Osaka Castle. Located within the lush Osaka Castle Park, this impressive structure, also known as Osaka-jo, is a must-see landmark in the City. It now houses a museum but was once a centre of command. Today, it still commands an impressive view and is a sight to behold. 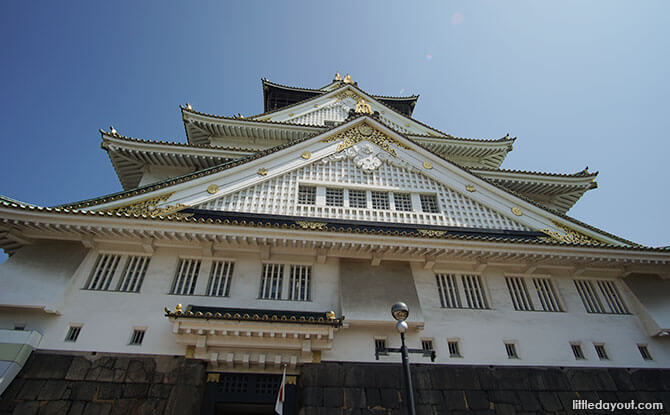 The history of Osaka Castle dates back to 1583. It was first built by Hideyoshi Toyotomi, the feudal lord who ruled Japan in the 16th century. The Castle stood at the heart of a grounds which included moats and various defensive walls and towers.

Over the years, Osaka Castle was destroyed and rebuilt. In 1868, Osaka Castle fell to imperial loyalist and most of the castle was burnt. Work on the current Osaka Castle started in 1928 and its reconstruction was completed in 1931. It is built to reproduce the appearance of Hideyoshi Toyotomi’s Main Tower.

While it looks like a traditional building from the outside, today’s Osaka Castle is a thoroughly modern structure. It even has a lift on the inside. The castle now houses a historical museum which charts the history of Osaka.

Approach to the Castle 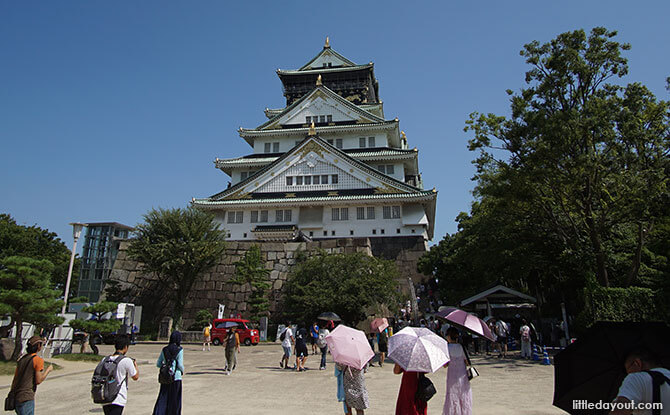 The approach to Osaka Castle will take you past imposing moats, impressive stone walls and gate towers. An estimated 500,000 to 1 million large stone blocks, weighing up to 12 kg a piece, were used in the construction of the wall. The moats surrounding Osaka Castle are between 70 to 90 metres in width.

To get into Osaka Castle, you will need to make your way up a rampway to get to the castle’s Main Tower. There is an option (which usually has a longer line) to take the lift up to the top and make your way back down, or to climb the stairs instead.

Nowadays, instead of protecting feudal lords, the castle safeguards historical items and artefacts. These are displayed over its eight floors. The museum’s displays include dioramas of significant battles, models which depict feudal Osaka and focuses on Hideyoshi Toyotomi. It contains around 10,000 historical artefacts including armour and weapons, folding screens, goods and furnishings.

On the second floor, there is also a costume experience area where, for a fee, you can try wearing a Sengoku era samurai helmet and armour to have a picture taken.

The third and fourth floors of the Osaka Castle museum are focussed on Hideyoshi Toyotomi and feature artefacts from his era. 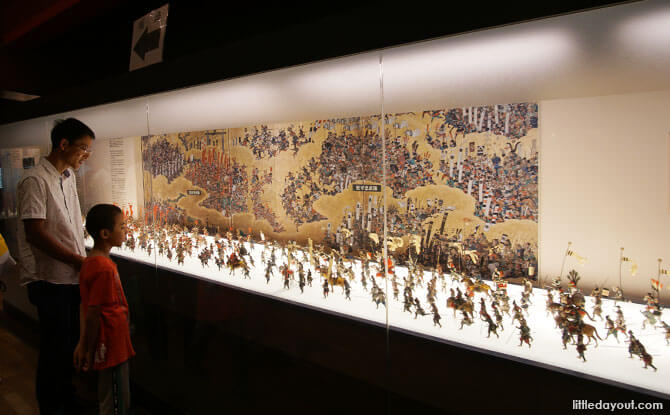 The fifth floor showcases scenes from the summer war in Osaka with miniature figures being used to depict war scenes. 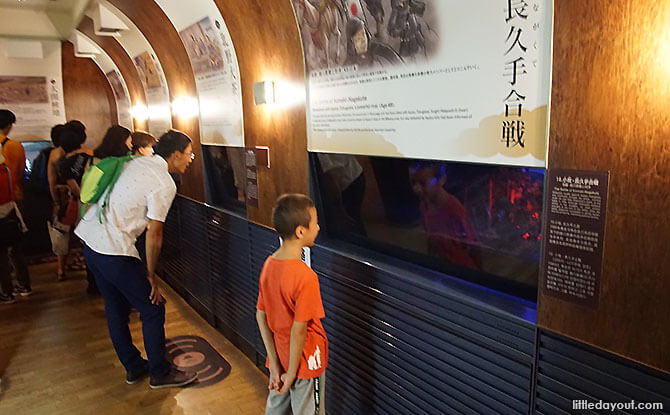 On the seventh floor are a series of presentation on the life of Hideyoshi Toyotomi. His life story is introduced through miniature dioramas. 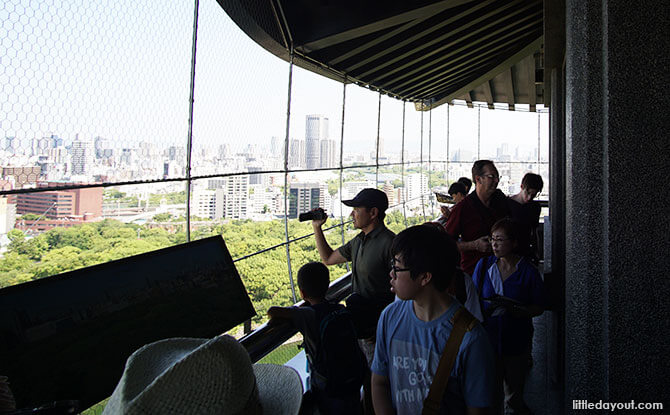 The eight floor is the Castle’s Observation Deck, 50 metres above the ground. 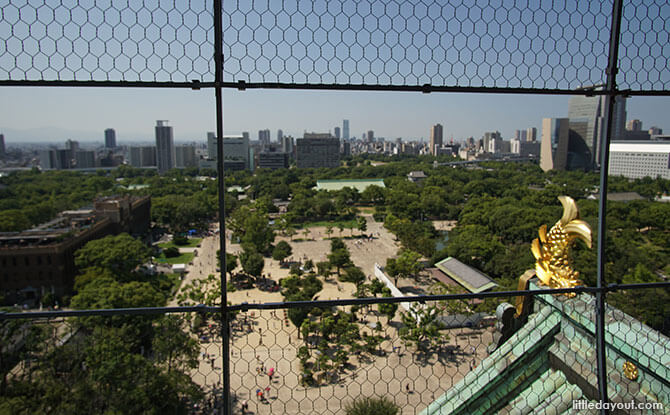 From here, you can take in commanding views of the surrounding parkland and the modern city beyond.

Those who are interested in diving deeper into the Castle’s history can pick up an audio guide from the first floor.

Museum shops can be found on both the eighth and first floors of the castle.

READ: Osaka Museum of Housing and Living – Step Back in Time to Edo-period Osaka