Home Play IKEA Shares 6 Ways To Make A Fort Out Of Furniture And... 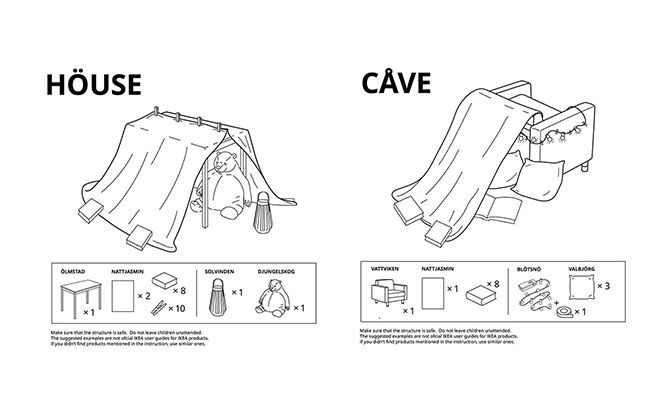 IKEA is doing its part to make staying at home more bearable. First, IKEA UK released the recipe for its famous meatballs, then IKEA Singapore announced that they will be opening a new store in Jurong in 2021 (good for those staying in the West of Singapore, at least), and now IKEA Russia has release six design ideas for creating a fort at home out of furniture.

These ideas elevate the humble blanket fort up a notch.

IKEA Instructions on Making a Fort

IKEA products and furniture is common place around many homes. The new set of IKEA ideas on how to make a fort at home make use of products found in its catalog. It also relies on commonly found objects such as books and blankets.

Instructions are presented in the typical style of the flat-packed brand – mostly pictures, minimal words.

For those who don’t necessarily have the exact IKEA furnishings provided in the instructions, there is nothing stopping them from swopping the items out for something else that they have at home. 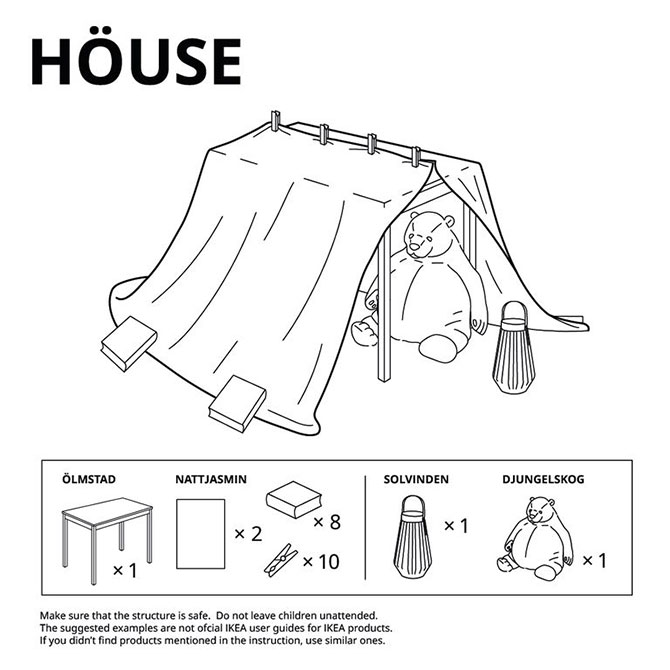 The HÖUSE design is based on a table. A few books and a sheet transform it into a … errm … house. 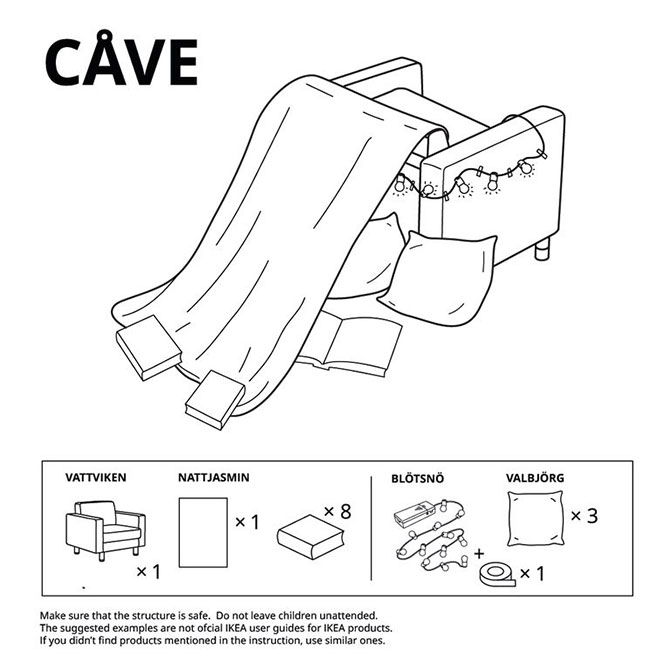 CÅVE is pretty much a one-sided survival tent that uses a sturdy armchair to anchor the structure. 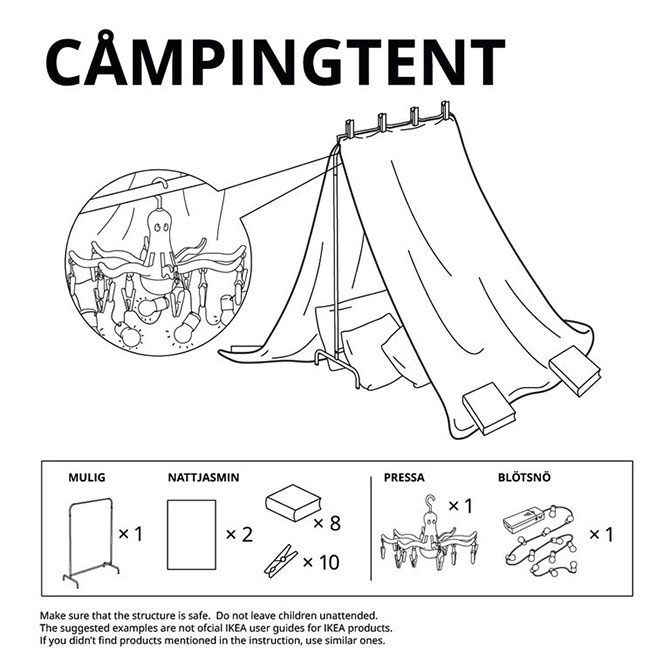 The CÅMPINGTENT design is based on a clothes rack. Once again, a bit of ingenuity makes it possible to imagine you and the kids are outside camping. 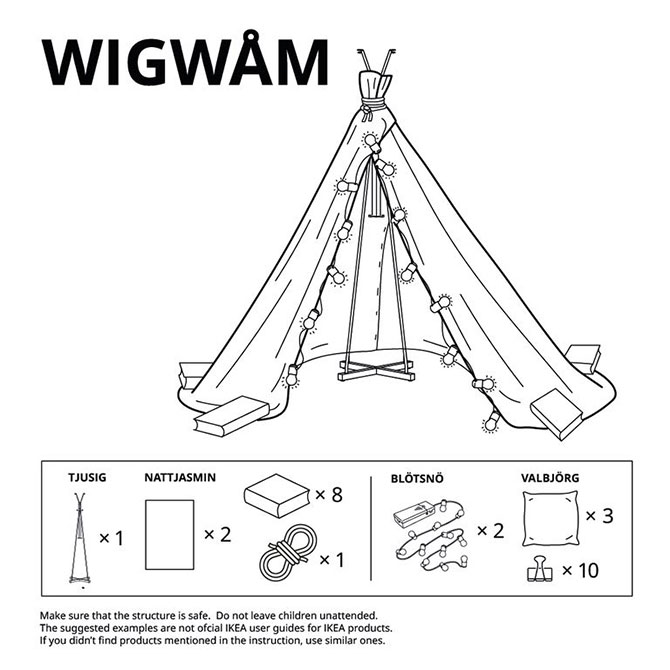 Other intriguing designs include a Native American style wigwam, … a fortress fabricated out of cushions … 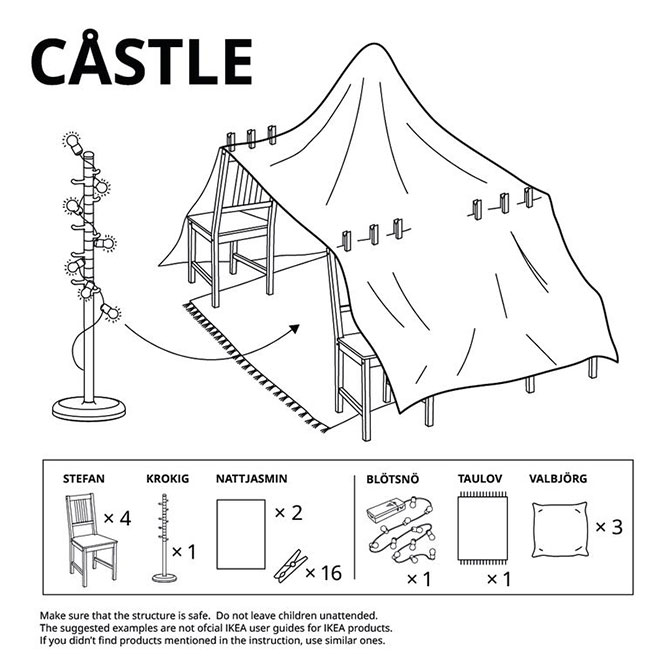 … and a castle which is uses to chairs and clothes pegs to create a make-believe keep.

These IKEA fort designs are awesome and testament to what a bit of human imagination can do! Parents should supervise kids who are making and playing with these tents – and, better still, join in the fun and play along too.

READ: Play along with AudioPlay, an innovative storytelling app that kids can enjoy at home