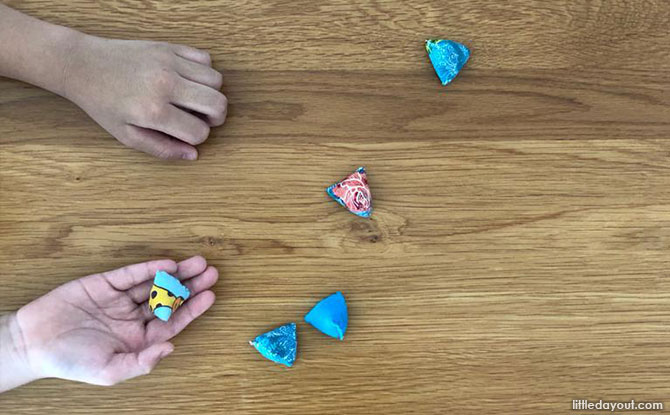 The game of 5 stones is believed to have originated in Ancient Asia and is now known as one of the popular and well-known childhood games played during the “kampong days”. It is often played by two or more players using five small beanbags referred to as “stones”. It’s a great game to build concentration and dexterity. There are many variations of patterns that can be done. Here is one way to play Five Stones. 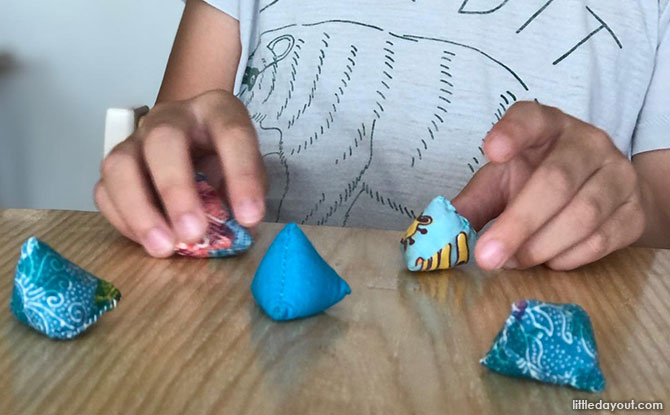 5 small beanbag stones
A clear surface such as a table

How To Play Five Stones 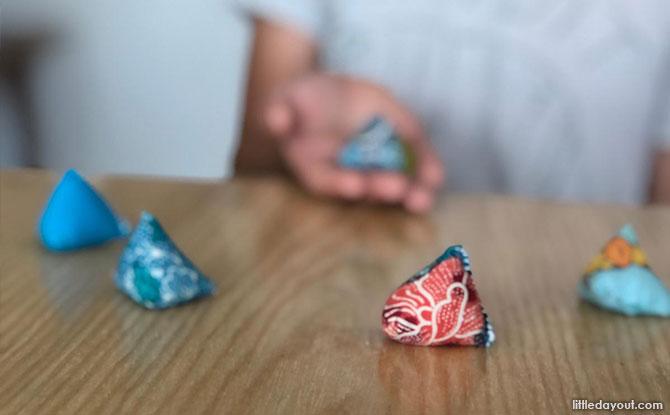 This game is usually played while seated on the floor or at a table. The objective of this game is to complete a pattern consisting of eight steps. If played with more than one player, the player who completes these eight steps in the least number of tries is the winner. Each player will take turns to complete the eight patterns.

If a player is to drop a stone or beanbag during the attempt, they will have to pass the stones to the other player who will then continue from the pattern that they left off. (E.g: If the first player fails at step 3 and the second player finishes step 3, the second player will proceed to attempt step 4 until they succeed and the first player will have to attempt step 3 until they succeed.)

Here are the eight patterns and steps to complete: 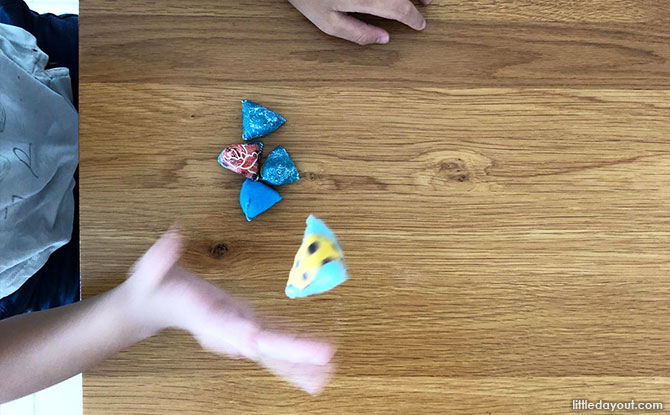 Throw all five stones on the floor or table while seated. Pick up one and throw it in the air while quickly picking a second stone, while the first is still mid-air, and catch the first stone while it falls. You should then have two stones in your hands. Put one of them aside, and repeat with each of the remaining three stones. 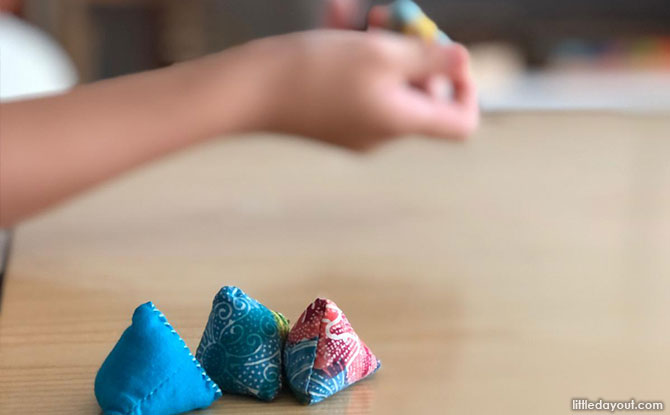 Repeat step 1 but pick up three stones before catching the stone in mid-air. Put the three stones aside and repeat with the remaining two stones.

Throw all five stones on the floor or table while seated. Toss one stone in the air, and pick up the remaining four stones at the same time while the first stone is in mid-air. Catch it before it lands.

Throw up one stone, and place the other four on the ground. When the first stone lands, throw another stone up, grab the four stones and catch the stone before the second stone lands.

Throw all five stones on the floor or table while seated. Pick two stones. Throw one in the air and replace the stone in your hand with one on the ground, then catch the first stone before it lands. Repeat with the rest of the stones. You will be left with two stones in your hands.

Throw up the two stones from the end of Step 6 in the air. Pick up one stone from the ground, and catch the two falling stones separately in each hand. Repeat until you are left with three stones in one hand and two in the other.

Throw the two stones and catch them separately in both hands. Throw the remaining stone and catch it with the hand that has all the stones.

Throw all the stones on the floor or table while seated. Either you or another player will select a stone to be thrown in the air. The player has to pick this stone without moving any others, then toss it into the air. Pick up the remaining four stones at the same time, then catch the falling stone.