Home Play Going On A Road Trip To Malaysia: Family Holiday To Tioman With... 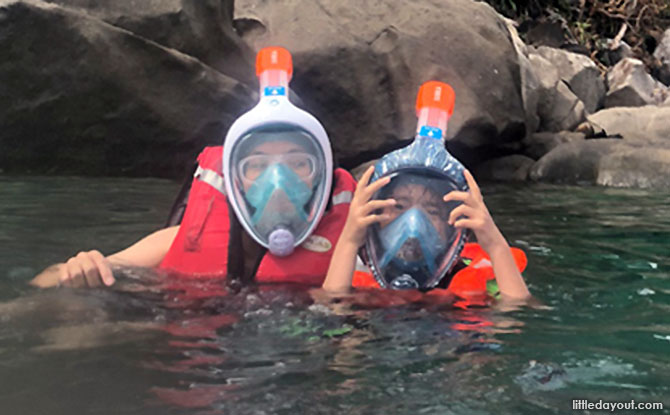 Even though we live relatively near the Causeway, we had never really considered going on a road trip to Malaysia with our kid in tow. It was the encouragement and guidance of our friends that steered us towards the idea of driving to Malaysia. Thanks to these kind souls, we had a fun holiday in Tioman with kids! 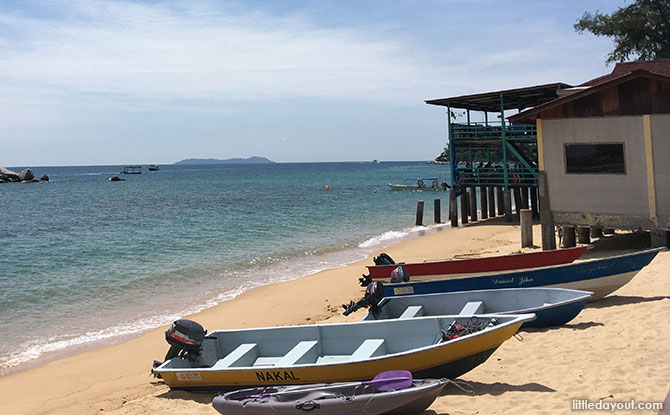 Tioman is the largest of 64 islands on the southeastern side of Peninsular Malaysia. Blessed with beautiful beaches and clear waters, it is a popular destination for scuba diving enthusiasts.

In fact, the couple who travelled with us to Tioman got their advanced diving certification there years ago and were reliving the good old days – this time with their children! No, they were not going to take us all scuba diving, but rather to introduce the island’s marine life and natural beauty to us during our four-day-three-night holiday.

To reach Tioman, we had to drive to Mersing Jetty and take a ferry. Without any rest stops, it takes about two hours to get from the Malaysian immigration side of the Causeway to Mersing Jetty. There’s a section of winding roads along the way, so do be prepared if your child is prone to motion sickness. 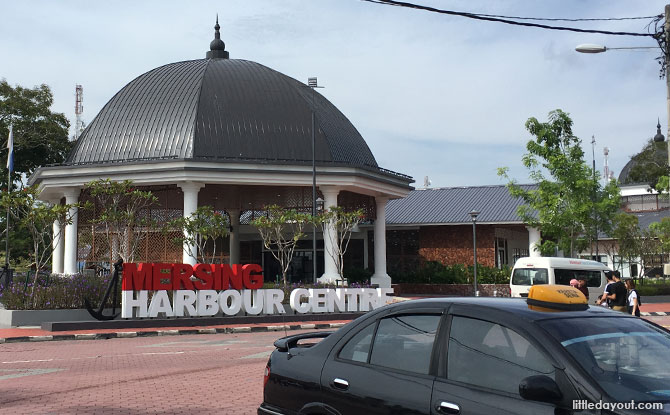 Upon reaching the jetty, we parked at a gated carpark right next to the Mersing Harbour Centre. A guard keeps watch over the cars during the day; at night, the carpark gates are locked. It cost us RM$18 a day to park there – a small price to pay for the added security.

Our resort had already booked our ferry tickets for us, so we just had to collect them at the harbour centre. The vessel that we boarded was air-conditioned, with two levels of seating, and took passengers to various kampongs on Tioman Island. Our stop – Kampong Paya – was the second along the route. It took us about two hours to get there.

Stepping foot on the Kampong Paya jetty was a liberating experience. 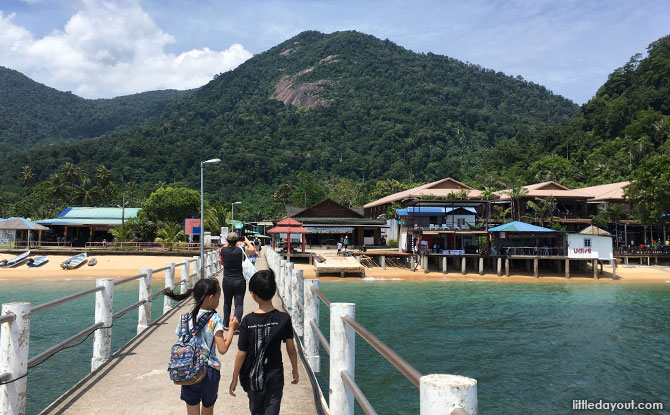 With crystal clear water all around us, a white sandy beach in front, and majestic mountains in the distance, all thoughts of work, deadlines and to-do lists vanished – for a moment at least!

A wide range of accommodation is available for holidaymakers in Tioman. As we had kids with us, we chose the mid-priced Paya Beach Resort. Our second-storey superior pool view room was very comfortable for our family of three, housing two queen-sized beds and a balcony out in front. The beach was just a few minutes’ walk away. 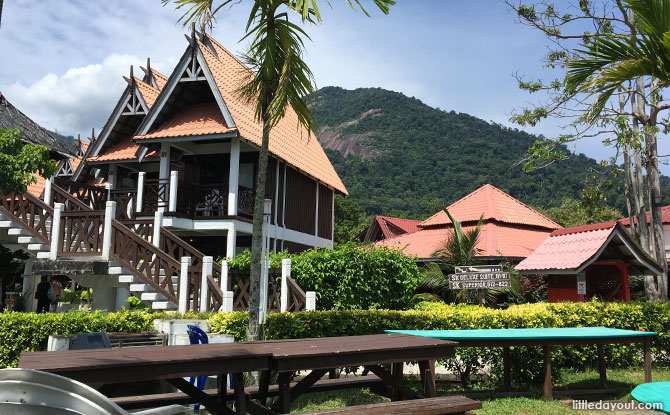 We didn’t go for the full-board option as the food served was similar every day, according to our travelling buddies who had stayed there one year ago. Instead, we had our meals at various eating establishments ranging from the resort’s restaurant to coffee shops around the area and a small outdoor eatery with only one delicious item on its non-existent menu.

One of the best experiences we had on this road trip to Malaysia was snorkelling. We took a speedboat snorkelling tour to four destinations: White Sand Beach, Telok Kadok, the Marine Park and Renggis Island, with a lunch break at Salang Village. The tour was about six hours long, and with eight of us going, we were able to book the whole boat for RM$680. 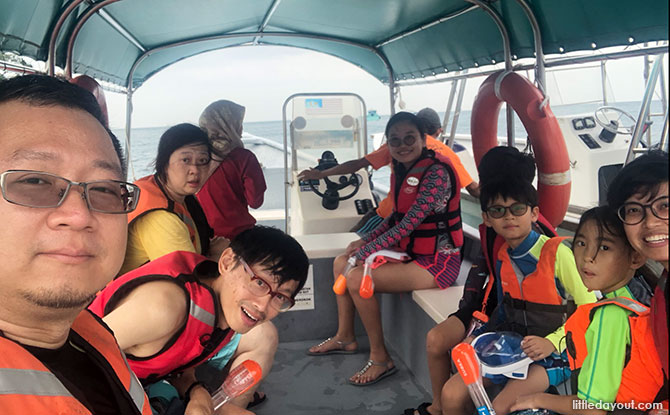 The kids enjoyed the speedboat ride tremendously, laughing as sprays of sea water landed on their faces and sticking their hands out to “catch” the splashes made by the motion of the boat. 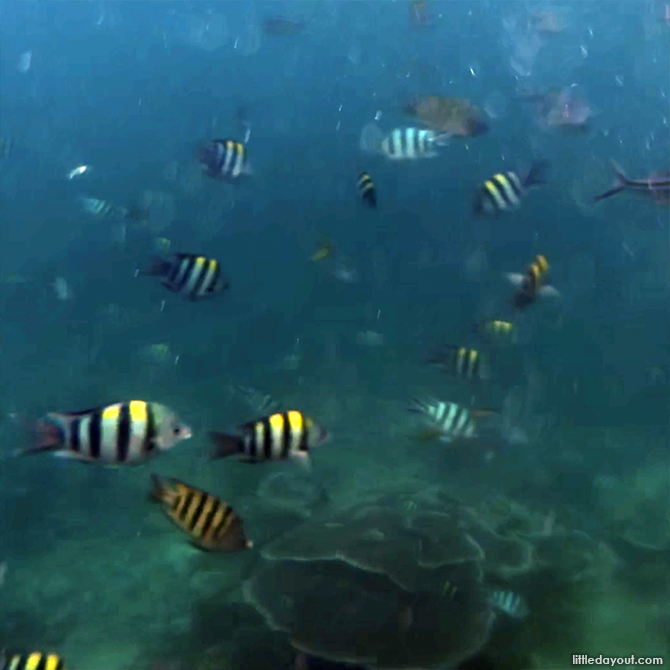 At every destination, we were given time to snorkel. It’s amazing how the world changed just by dipping our heads under the surface of the water! Colourful parrotfish, stripey sergeant majors, ikan kuning and other fish that I couldn’t identify were just swimming around us!

As kids sometimes get over-excited and forget about safety, we made sure to keep close to the boat and to each other at all times. If possible, I would recommend holding your child’s hand to explore together

We didn’t limit our snorkelling to the tour. Staying just a few minutes away from the beach meant that we could just walk into the sea and snorkel anytime! Even in the shallow waters, we could see fish darting in and out of rocks. Just a little further seaward, we even encountered whole schools of fish! With big rocks on the seabed, we could stand with our shoulders above the water even when it looked like we were far out at sea!

Net Fishing And Other Beachfront Activities in Tioman with Kids 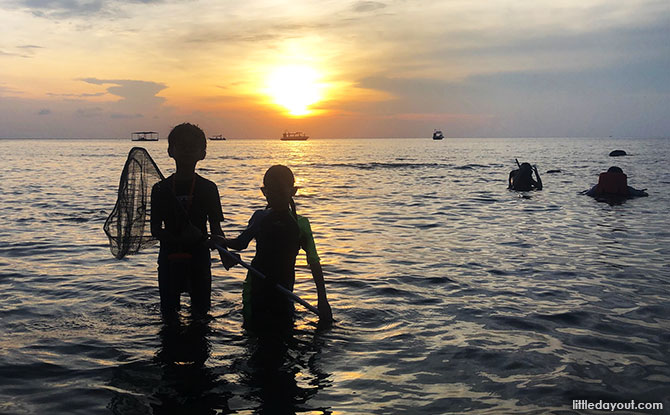 Our friends had brought along a net for this trip and the kids were all excited to catch fish. Of course, this required patience and skill, and only the boys’ father managed a few catches, all of which we returned to the sea. Nevertheless, the children had fun trying! 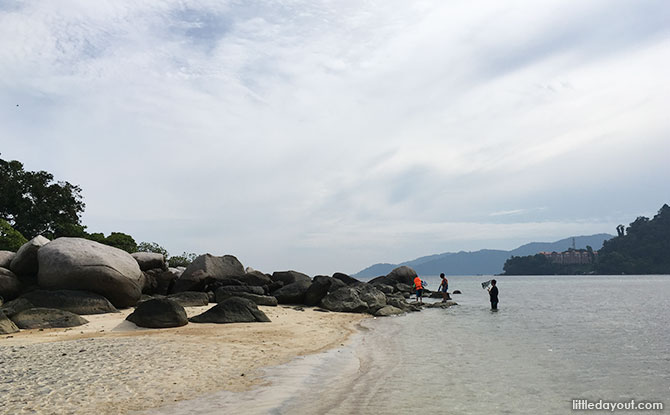 During low tide, more beaches surfaced, which allowed us to cross over to a small rocky island for a little excursion.

We discovered a hermit crab, saw a sea snake-like creature (from a distance), and had a relaxing time enjoying the sea breeze and amazing scenery. 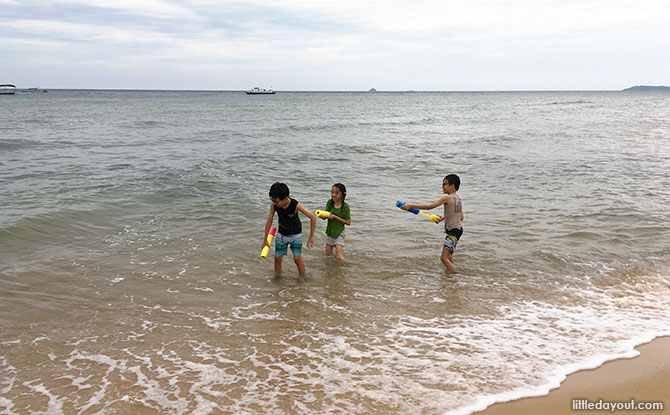 It was great to see the kids running along the beach, splashing around in the sea, flying a kite – enjoying real play instead of staring into a device! 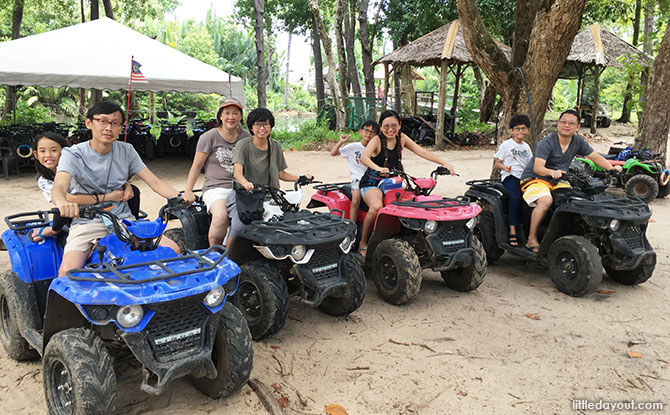 Our biggest adventure on land was riding ATVs into the forest. A guide gave us a short lesson on how to operate the vehicles, and we were off vroom-vroom-vrooming in between trees, up slopes and even across a river!

The 1.5-hour itinerary included visiting a famous tree that was hundreds of years old and cooling down in a spring – we had to get off our ATVs and walk to these attractions.

At RM$200 per ATV – we paid more for the bigger and sturdier vehicles; smaller ones cost less to rent – this activity was rather expensive. But the children enjoyed it thoroughly. It was an exciting challenge for the adults too! 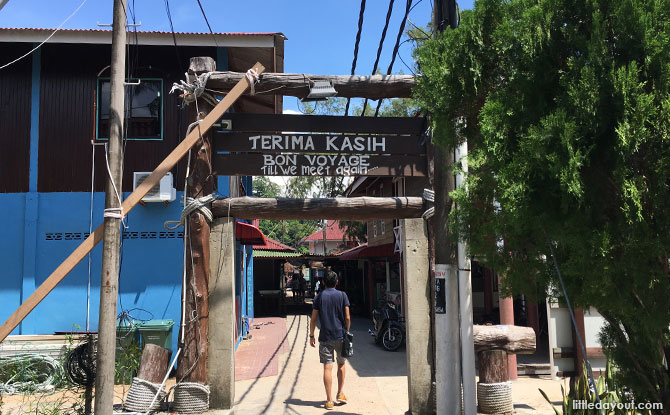 We had a good four days in Tioman with kids and still look back with fondness at our time there. We loved the island’s laid-back vibes and the scenic adventures – on land and in water! Do note that the best time to visit is between March and October; it’s monsoon season from November to February.