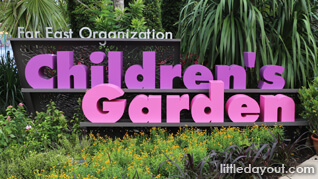 We love Gardens by the Bay for its breathtaking Cooled Conservatories, beautiful themed gardens and tranquil lakes. Now, with the opening of the Far East Organization Children’s Garden on 21 January 2014, there is one more reason to love the Gardens by the Bay.

Children’s gardens are a special breed. They are a heady mix of enchantment, wonderment and fun. When the Jacob Ballas Children’s Garden at the Botanic Gardens opened in 2007, it was an instant hit with families and children. We expect the new Far East Organization Children’s Garden to be no different.

First announced on Children’s Day 2011, the Far East Organization Children’s Garden is located to the rear of the Cloud Mountain conservatory. From the main car park/drop-off point, it is on the right as you make your way up toward the cooled conservatories.

Designed with two key age groups in mind, one to five year olds and six to 12 year olds, the Children’s Garden provides a chance for kids to engage in fun activities while immersing themselves in a natural environment.

There are five key play areas within the Children’s Gardens at Gardens by the Bay.

Lined with fig trees, the Adventure Trail take “hikers” under fig topiaries that create a canopy that echoes the shape of the adjacent Cloud Forest’s dome. Along the Adventure Trail are multiple play structures including an arch net tunnel, grasshopper string stepping pads, a spider net set into the “hillside”, tubular and open slides and much more. 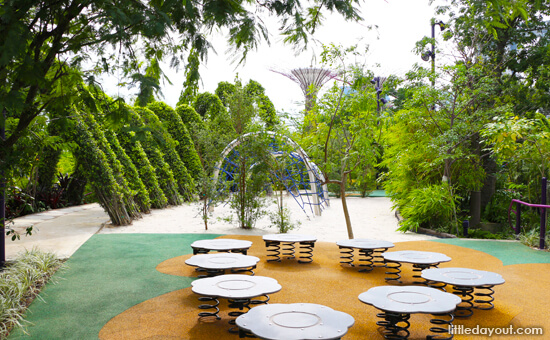 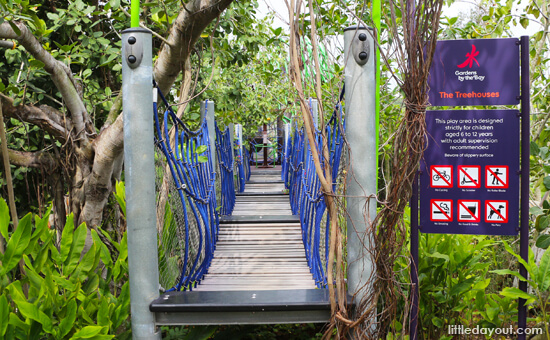 If the treehouses are too difficult for your toddler to traverse, one to five year olds can head to the Toddler Play Area. Here, little ones can build up their confidence and skills on a balancing beam, swaying bridge, seesaw and under a caterpillar topiary trellis. 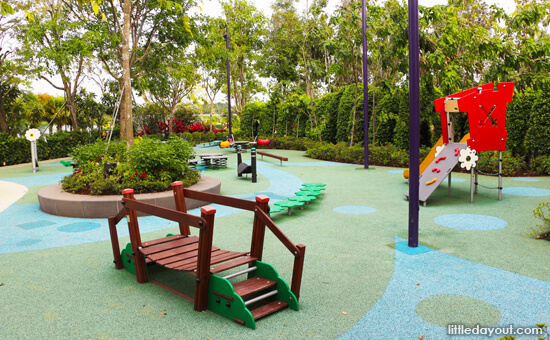 Dominating the centre of the Children’s Garden is the Water Play Area. If you look closely, you will notice that the revolving water streams from the rotating splines have been designed to resemble leaves, creating a “forest” of reeds.

This forest of water dances along to familiar tunes such as “Hakuna Matata” and “Under the Sea”. Orchid-shaped buckets take turn bowing down to the rhythmic pulse of the music, creating splash zones underneath while water jets create wet passageways that tempt little ones to attempt a dash through them. 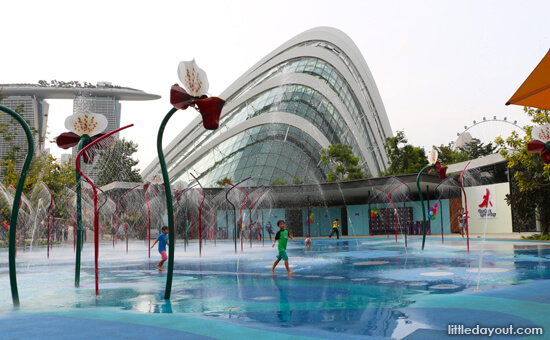 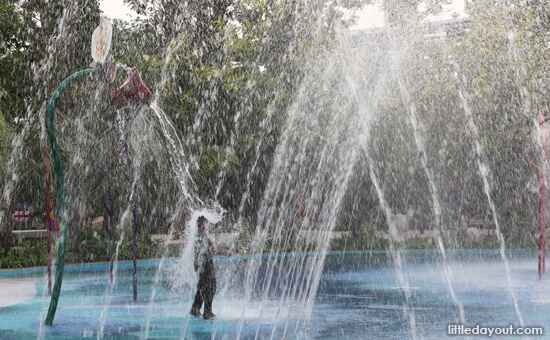 In the far corner of the Water Play Area, two to five year olds have had a special corner carved out for them. Dubbed the Fish Fountain, toddlers can have fun amongst 17 fish sculpture that have water jets shooting out of their mouths.

A row of deck chairs have been thoughtfully lined up around the Water Play Area, allowing parents to put their feet up while keeping an eye on the kids at play.

Changing facilities, toilets and an open shower area for parents to wash down their children after the playing in the water can be found nearby. There are also lockers available for rent.

A Children’s Garden Café beside the Toddler Play Area serves up hot meals and refreshments. It also houses a small gift shop.

Once you get your meals, you can head over to the covered Amphitheatre and enjoy the cool breeze from two humongous ceiling fans revolving above.

One of the more unusual trees at the Far East Organization Children’s Garden is the “Old Man Palm”. Planted along the bottom of the Adventure Trail ridge, these “bearded” palms can be easily spotted as they have huge “sunnies” afixed to them.

The gem of the evening is the Water Play Area. It is bejeweled with colourful lights which are specially choreographed together with music and fountains to put up an enchanting musical water show once the sun goes down. 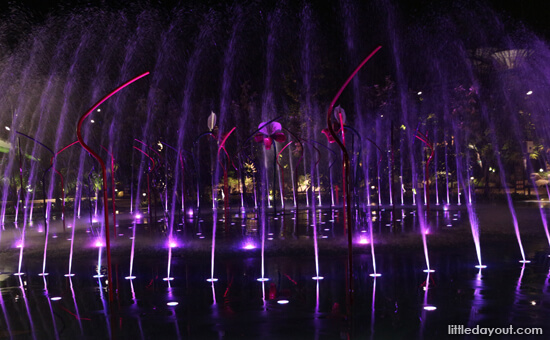 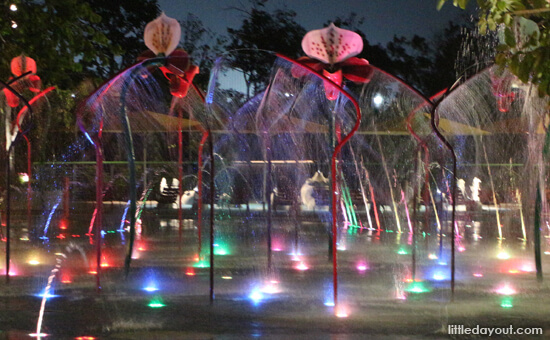 A Place For Memories

At the official opening ceremony of the Far East Organization Children’s Garden, Guest-of-Honour, Mr Desmond Lee, Minister of State for National Development reflected, “In the years to come, our children will reminisce about this Children’s Garden, speaking of its place in their memories as they strolled Marina Bay when they were children.”

Indeed, in a child’s eye, the Children’s Garden must seem like a magical place for exploration and adventure and Mr Lee’s prediction may indeed come true in the future. For now, the Far East Organization Children’s Garden at Gardens by the Bay belongs to the families of today; a place to enjoy and create precious memories together.

Opening Hours: 9 am to 9 pm
Open: Tue to Sun, Closed on Monday (unless a Public Holiday falls on Monday, in which case it will be closed the next day)