Home Play Ideas & Activities Gamebox At PLQ Plaza: Get Your Game On With Arcade & Multiplayer... 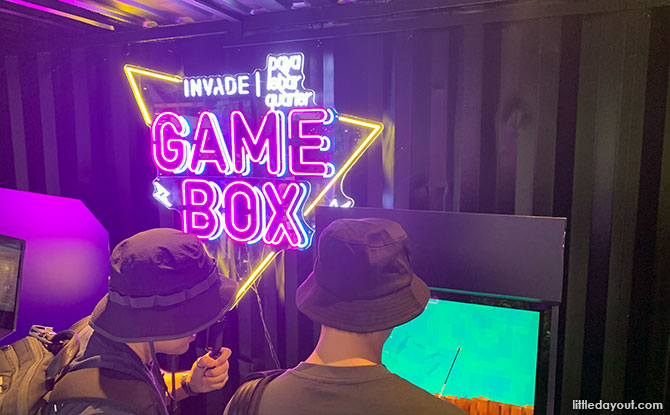 It’s set to be two-and-a-half weeks of games at Gamebox at Paya Lebar Quarter (PLQ) Plaza with arcade and multiplayer games along with music performances to amp up the entertainment. 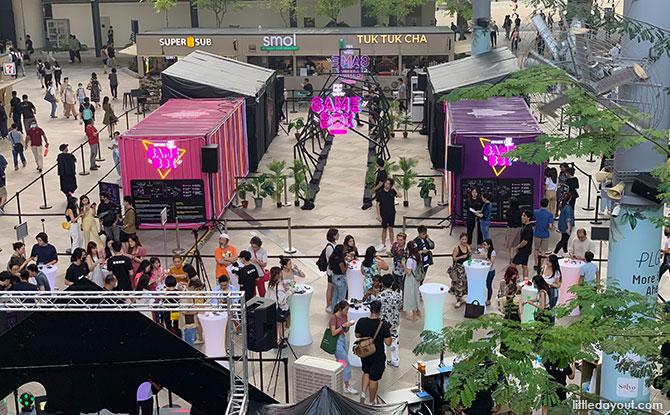 Gamebox at PLQ Plaza takes place from 21 October to 6 November 2022. Organised by Lendlease together with INVADE, this gaming experience features three arenas made up of shipping containers and ten exciting games in a neon playspace.

Enter the Arena at Gamebox at PLQ 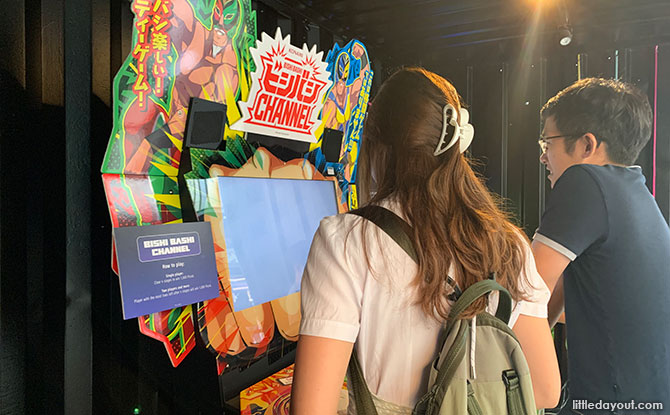 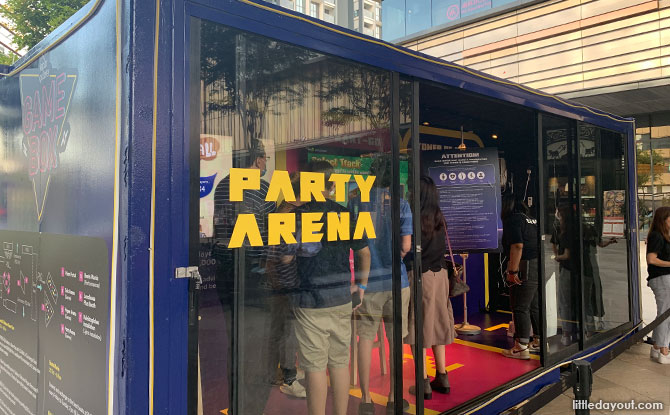 Get together with a friend and duke it out at the Party Arena. There are three mulitplayer games – FNAKBALL, Go Kart Go! and Tower Game – that you and your friends can challenge each other with.

The Hyper Arena features three classic arcade games – Drum Mania, Bishi Bashi Channel, and Up and Away – that you can play your way through.

There are Lendlease Plus$ up for grabs by playing the different games for getting high scores or meeting certain objectives.

How to Redeem Passes

To enjoy Gamebox at PLQ, you will need to redeem a complimentary base pass to play five  different games.

Shoppers will need to spend a minimum of $80 ($60 for Lendlease Plus Members) at Paya Lebar Quarter and redeem the base pass at the PLQ Mall Level 4 Concierge.

Alternatively, those who are not yet Lendlease Plus Members can sign up at the Lendlease Plus Booth at PLQ Plaza and receive 10,000 Plus$ and a base pass. 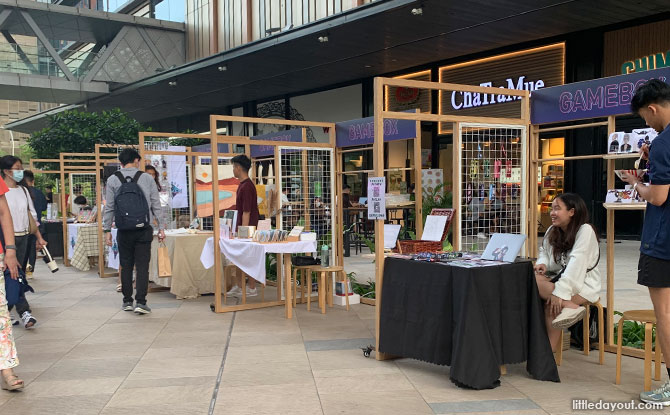 There are also stalls selling gaming-related items at PLQ Plaza as part of Gamebox. 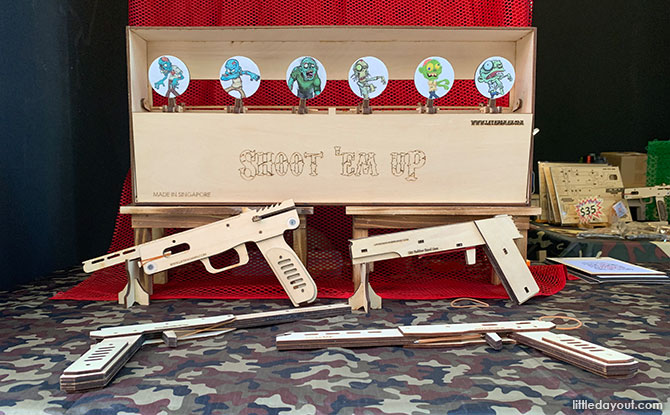 Visit the LAYANGMAN booth to try a free-to-play shooting game. LAYANGMAN will also be conducting workshops and have the wooden toy guns available for purchase. 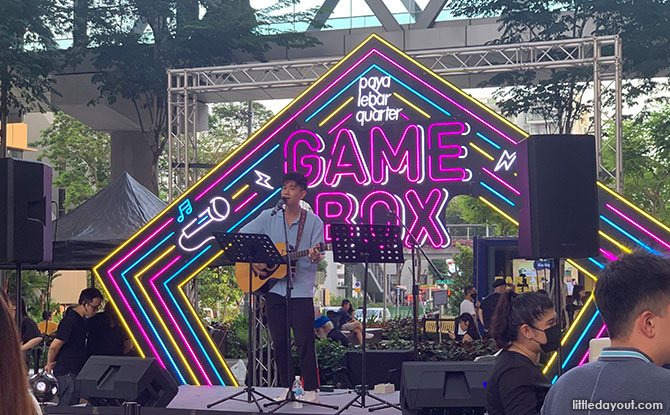 Over the weekends, catch performances by 11 local artists from 7 pm till late. Featured acts include Marcus Lee, Joie Tan, Fyrdauzmacbeth, CurryPop and The Moon House.

Over at PLQ Parkside, there will also be an installation featuring neon orbs. There is an Instagram contest with Lendlease e-vouchers to be won by taking a picture with the Kaleidoglobes. 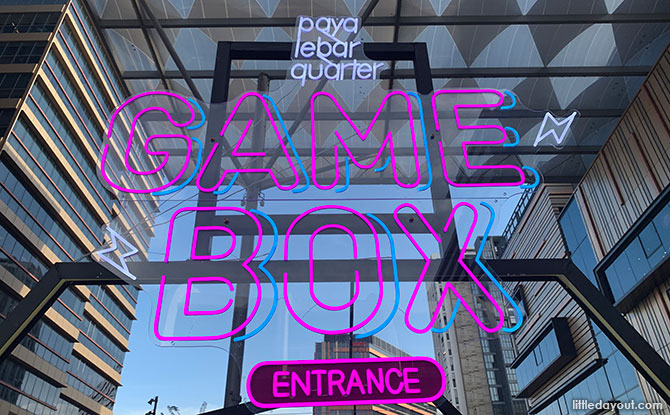