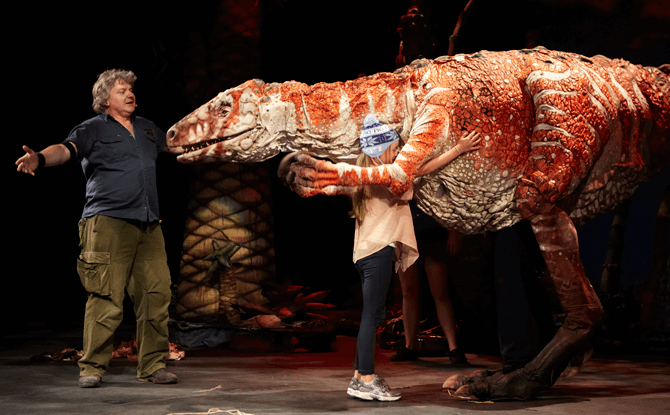 This is not your happy, enthusiastic song-and-dance kind of performance. There is no storyline, so to speak. But Erth’s Dinosaur Zoo is full of drama – built on real facts, extremely life-like dinosaur puppets, and spontaneous audience participation.

It is also rather funny.

Host and Artistic Director Scott Wright does not engage kids by channeling Hi-Five; he does so by talking – sharing dinosaur information with jokes aplenty thrown in (for kids as well as the adults).

It should be noted that he does not talk down to the little ones. Instead, he explains the big words and concepts to them, sometimes even acting them out!

But of course, the main attraction of this elaborate show-and-tell is the dinosaur action! The prehistoric creatures, with size determining their order of appearance (smallest to largest), looked and sounded so much like the real thing, you would be forgiven for screaming and running out the nearest exit! 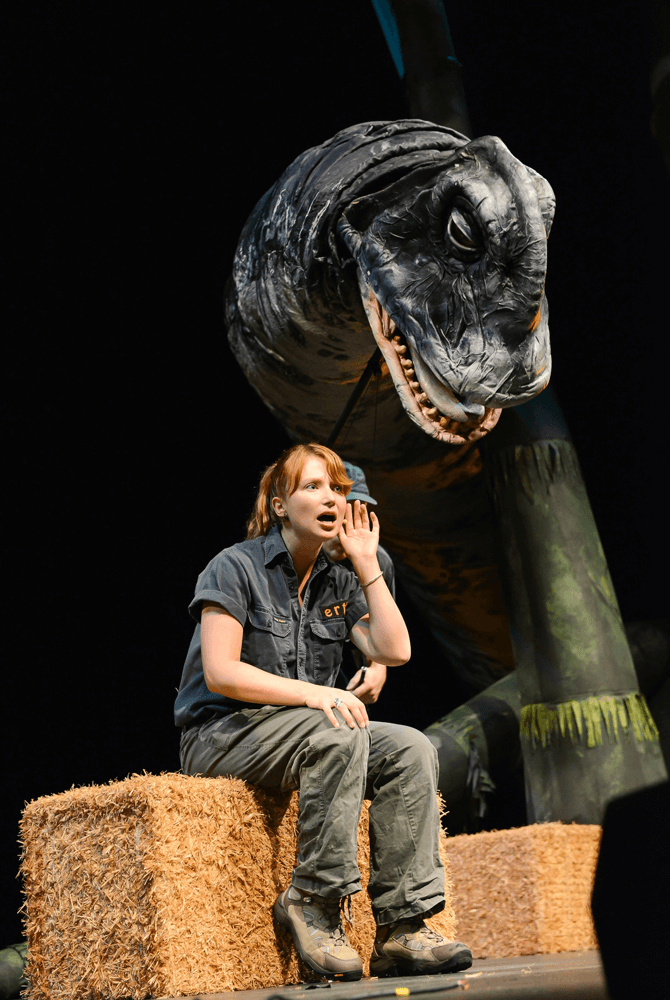 Thanks to the excellent craft and technology invested in the puppets, and the masterful manipulation of the puppeteers, the audience is able to get a realistic experience of what it was like when dinosaurs walked the earth.

Every time Scott introduces a creature, he invites children (and once, a mum) up the stage to interact with them. These lucky kids (for nearly all the kids in the room wave their arms excitedly, hoping to be noticed and picked) get to do a variety of fun things. These range from patting the oh-so-cute baby dinosaurs, to enabling Scott to put eye drops on the Leaellynasaurus, and feeding guts to the Australovenator. One brave kid even gets to put her whole head inside the Australovenator’s mouth! 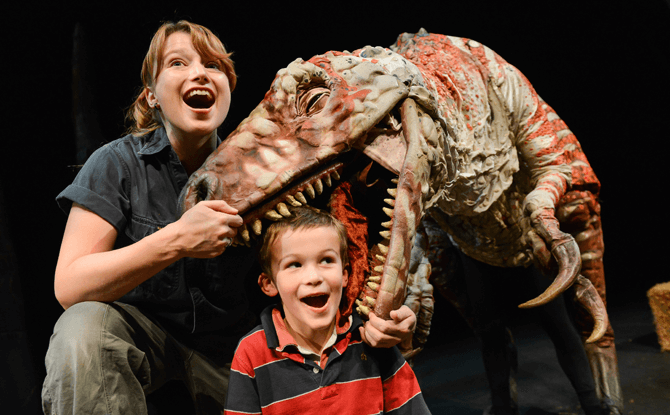 (The dinosaur names may not sound familiar because the show features only prehistoric greats from the Southern Hemisphere, or more specifically Australia. So don’t expect to see a T-rex, which is from America. But hey, the Australovenator is a related species – but faster and older, according to Scott!)

What makes this show a great edutainment experience, is more than the fact that we learn lots of things about prehistoric creatures. Scott teaches us how to apply this knowledge to animals that are still existing on earth as well.

For example, we can enable animals to get to know us by letting them smell the back of our hand, because that is where we are most unlikely to have touched anything, and hence smells the most originally us! And, we can hypnotise a chicken (make sure it’s not a cooked one, says Scott) and probably other animals with similar vision, by slowly drawing a horizontal then vertical line repeatedly in front of its eyes.

A bonus: at the end of the show, everyone gets to say hi and pat the baby dinosaurs out at the foyer. Those who are interested also get to touch and feel the T-rex tooth used during the performance.

Catch Erth’s Dinosaur Zoo before the prehistoric creatures disappear from the Victoria Theatre stage on 11 February 2018.