As the September school holidays 2020 come to a close, so does the Don Don Donki Sweet Potato Factory outlet at Changi Airport.

Located at Changi Airport Terminal 3, close to the Sky Trains, the Don Don Donki Sweet Potato Factory outlet will shut down for good on Sunday, 13 September 2020.

The store is a small outlet which specialises in selling tidbits and … errmm … sweet potato products. 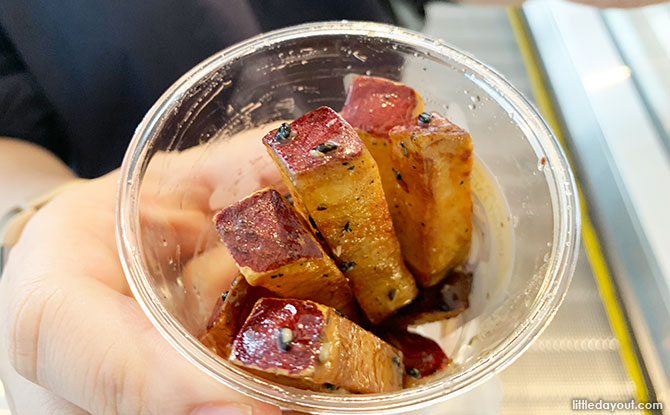 Beside the decadent sweet potato milk shakes made with Hokkaido milk, we would occasionally stop by the Don Don Donki Changi T3 outlet to get the equally sinful candied sweet potatoes (which can also be found at other Don Don Donki outlets)

In the comments section of the Don Don Donki Facebook post, many folks had suggestions of where Don Don Donki could open its next outlet. Many were asking for a store in Tampines or Bedok.

A few made a pitch for an outlet to be opened in the North of Singapore too.

We’ll just have to wait and see.

In the meanwhile, no more sweet potato milk shakes at Changi Airport. We may have to patronise JW360 at Jewel for its Japanese Whiskey ice cream more frequently!

READ: What’s On At Changi Airport & Jewel for the September School Holidays