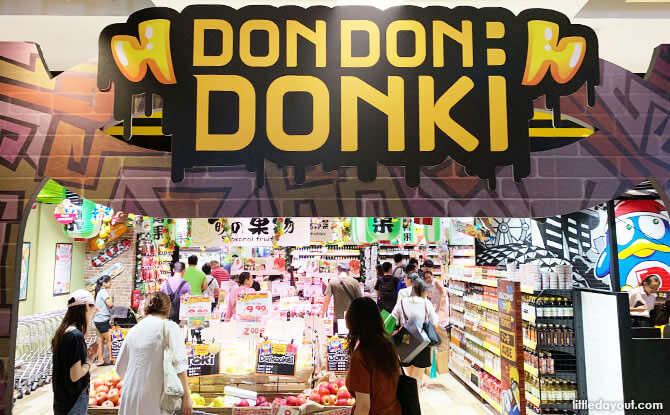 Don Don Donki has opened its 7th outlet and first in the West at JCube. It is located in the basement, occupying the former premises of the NTUC supermarket and food court.

Not content with just having a retail store at the JCube basement, Don Don Donki also operates a food court at the other side of Basement 1. Don Don Donki is inescapable no matter which way you look – much like its earworm theme song. 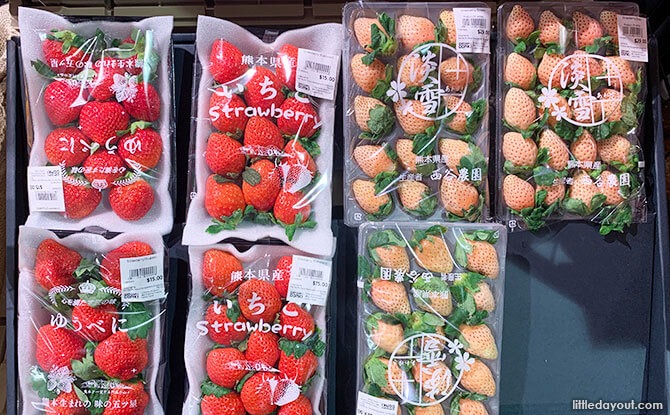 Just past the entrance is the fresh produce section. On display when we visited were some really enticing-looking snow strawberries. 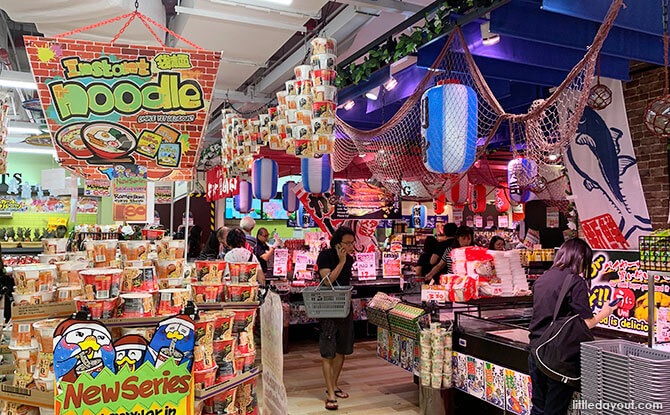 Head in to the rear of the store for the deli and ready-to-eat meals section. The many boxes of pre-packed Japanese dons and fried delights make it extremely tempting to grab-and-go, even if you aren’t exactly feeling hungry.

We saw Mozzarella cheese sticks advertised at the Delicatessen section but could not locate them amongst the selection of snacks. Perhaps they had proven too popular and had already flown off the shelves. 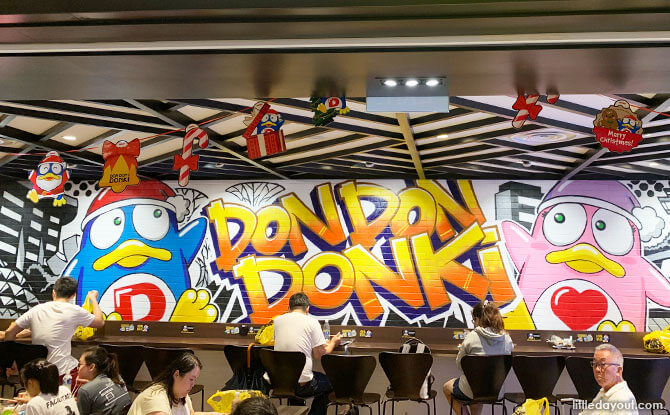 There is a small eating area at the front of the store where you can consume any food you have bought. 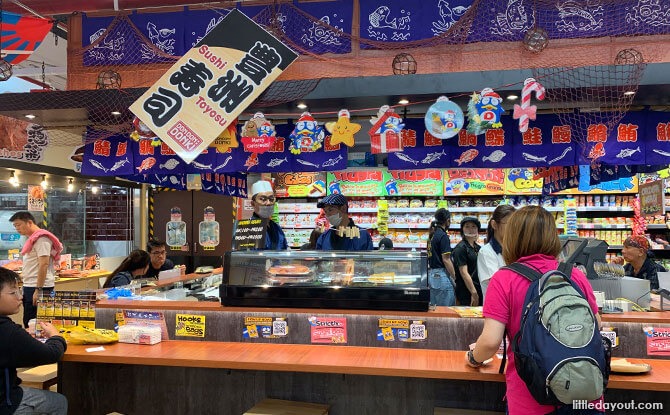 Something new at Don Don Donki JCube is the Sushi Bar located within the retail store. Here, sushi is made-to-order by the chef after you have placed your order. 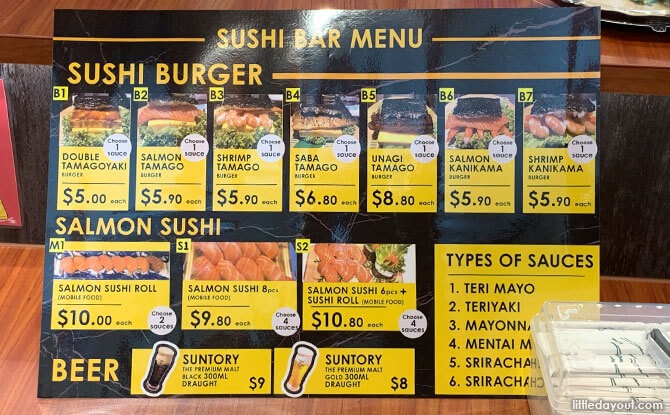 A unique item on the menu is Sushi Burgers. A bit like onigiri, the Sushi Burgers sandwich filling between two layers of rice. 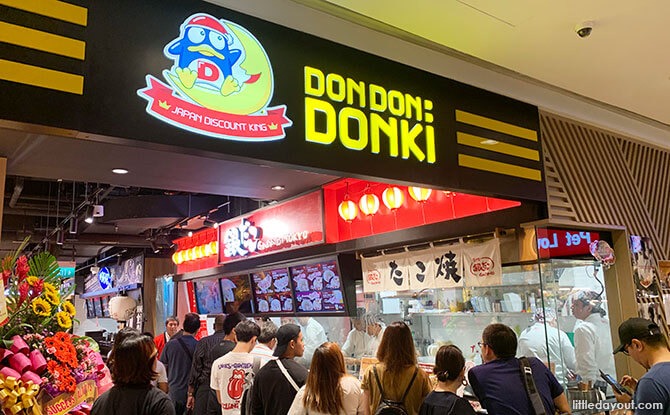 Over at the 360-seater food court, the stall which is attracting the longest queue is Gindaco, the famous takoyaki brand from Japan. The queue is so long that it snakes outside of the Don Don Donki food court. 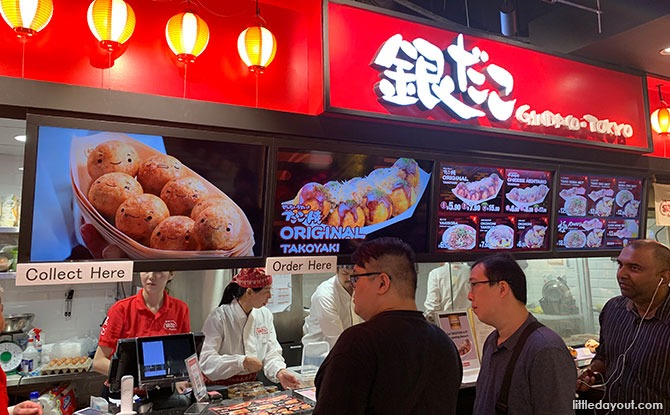 Topping options that are getting some buzz include mentaiko mayo and egg mayo.

There are many other stalls to check out at the Don Don Donki JCube food court. 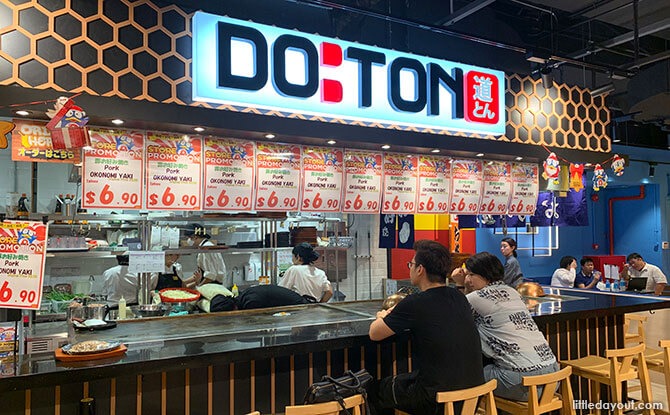 Doton specialises in Okonomiyaki – cooked while you sit at the counter. Or have an unagi meal from Unagi Daioh or saba from, errm, Sabar. 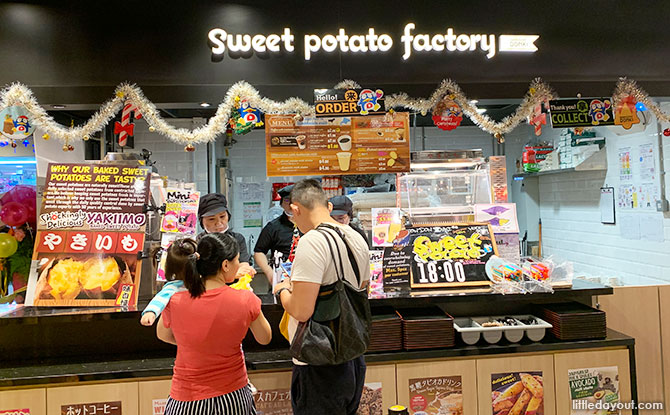 For a quick snack, head over to the Sweet Potato Factory stall where you can get tasty baked sweet potatoes.

Looks like Don Don Donki JCube is going to be a magnet for Japanese food-lovers in the West of Singapore.