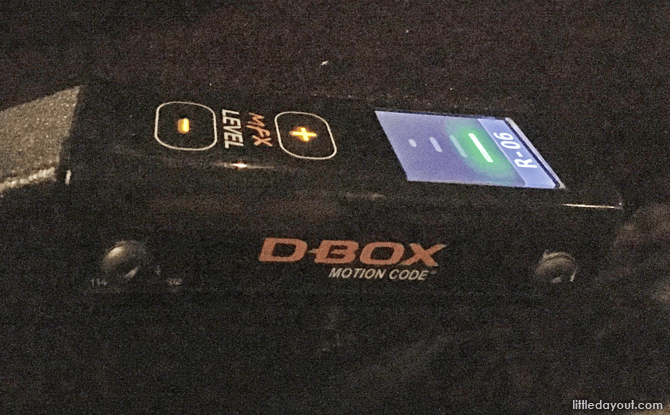 Don’t find sitting in the cinema watching a show exciting enough? Watching a movie in a D-BOX motion seat may change that experience.

D-BOX is a motion system that synchronises on-screen visual content with motion effects. Think of it as a relative of full-motion 4D simulator rides – except that in this case the screen doesn’t move, only you do.

D-BOX equipped seats are able to execute three types of movements – pitch, roll and heave. This allows the cinema patron to be moved forward, backward and side-to-side. At the same time, the seat can also vibrate – much like a massage chair.

The company behind the technology is D-BOX Technologies Inc, a Canada-headquartered firm listed on the Toronto Stock Exchange. Using a patented D-BOX Motion Code, the cinema chair’s movements are digitally programmed and synchronised with the action on the screen.

In addition to movie theatres, D-BOX technology has been adapted for use in computer gaming, training simulators and wellness applications.

In Singapore, the D-BOX experience can be found at Golden Village Bishan, located on the 4th floor of Junction 8 Shopping Mall.

It was unveiled back in March 2014 and debuted with the action film, Need for Speed. This was followed up by Captain America: The Winter Soldier.

One thing is obvious, D-BOX seats are best suited for films with plenty of action. 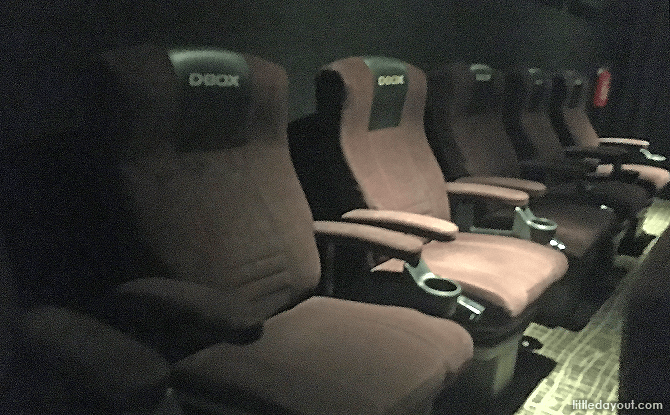 At Golden Village Bishan, the D-BOX seats are located in two rows at the back of the cinema halls.

Being situated at the rear of the cinema, the motion of the seats does not interfere with the view of the rest of the cinema patrons in the same hall. However, the flipside to this is that the cinema screen is a long way in away from the D-BOX seats. 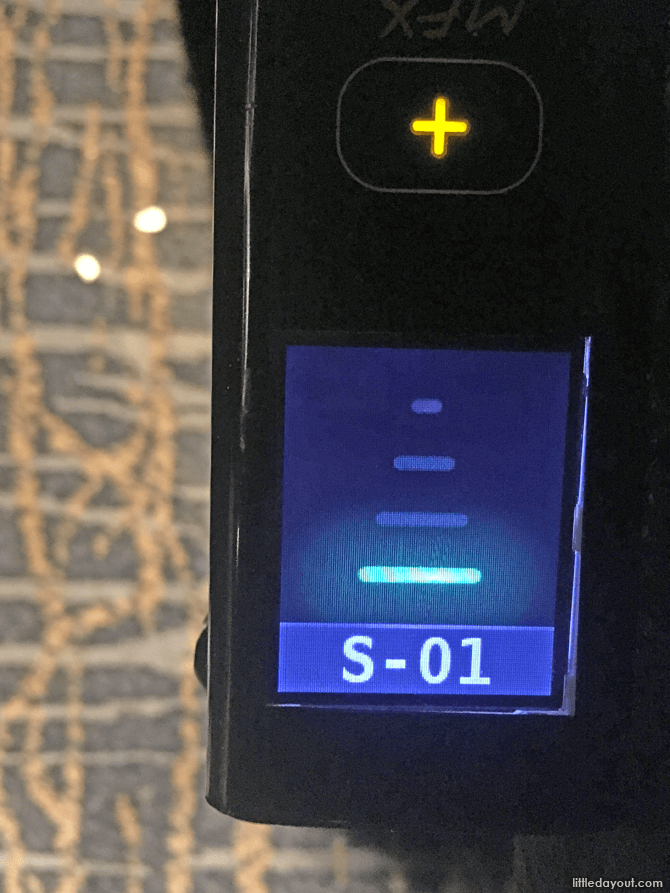 Seats are spaced apart from each other to give room for it to move. A little panel on the side of the seat allows you to adjust the degree of intensity of the motion effects. This starts with “Off” and increases through three degrees of intensity.

We recently watched two shows on the D-Box seats at Golden Village Bishan – Michael Bay’s Transformers: The Last Knight and Spider-Man: Homecoming with an eight- and 11-year-old.

Personally, it felt as if the motion effects were over-used for Transformers: The Last Knight (much like the rest of the effects in the movie). When the camera swooped right, the chair tilted right. When the Autobots and Decepticons fought, the chair shuddered like a massage chair set on high.

At Spider-Man: Homecoming, the use of the D-BOX motion effects was less over-the-top and, frankly, more enjoyable.

Ultimately, the experience varies according to how it has been programmed for the individual show.

However, if you were to ask the kids, they would say that the D-BOX experience was AWESOME both times around. They loved setting the motion effects at the maximum level and Golden Village Bishan is fast turning into one of their favourite cinemas.

Take note that D-BOX seats are priced around 30% to 50% higher than the regular seats. They can be booked online through the Golden Village website or over the counter.

READ: Bishan-Ang Mo Kio Park – A River Runs Through It